Law & Order: SVU Boss on the Shocking "Last Dance" Twist, What it Means for Benson and Returning Faces 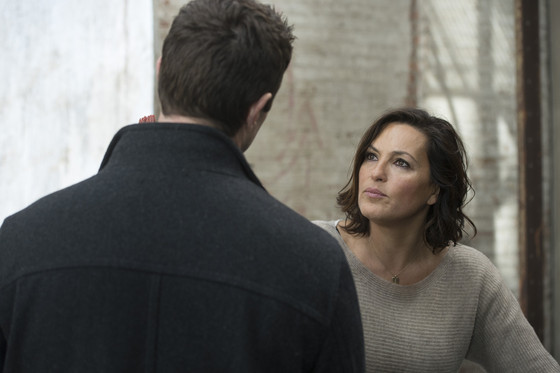 It's over, Law & Order: SVU fans. You can breathe. Warning, spoilers for "Beast's Obsession" from here on out.

William Lewis (Pablo Schreiber) and Olivia Benson (Mariska Hargitay) had their last dance and it truly was their final encounter.

"He's not coming back. I can now affirm that fact. We have a morgue scene in the next episode…the hand isn't going to reach up from the grave or anything like that," Warren Leight, Law & Order: SVU's executive producer, told E! News.

"Beast's Obsession" saw Lewis escape from prison, go on a murder spree throughout the city, kidnap a little girl, force Benson to admit to the world that she perjured herself during his trial, attempt to rape Benson, play Russian roulette with our fearless hero and then die by his own hand. Oh, and Donal Logue made a surprising return as Lt. Declan Murphy. And he's sticking around for the rest of the season.

The game of Russian roulette—and the episode—ended with Lewis taking his own life and Benson covered in his blood.

"Julie [Martin] and I were writing…and we got to that scene and I said, ‘I think you just go to black after that.' And she looked at me and she got that scared look that she gets when I say stuff like that. The roulette was kind of her idea and I said, ‘I think you end on it,'" Leight told E! News. "What I liked about it was, I think it's a pretty shocking ending. Everybody's downstairs and we sort of know that they're going to get to her. We know that they're going to untie her, but I just thought, ‘That's the last image.' He said that's the last image she's going to see before she die—that's what he wants to be the last image—and that's the last image we see, her sort of covered in blood in shock…The next episode will be in many ways the final installment. By the time episode 21 airs I think there will be as much closure you can get with something like this. This isn't closure, this is the car going over the cliff."

We got the 411 on what's ahead for Benson after the harrowing ordeal, who might return to Law & Order: SVU and what exactly is going on with a season 16 renewal from SVU's showrunner Leight.

SPOILERS: Get the latest scoop on your favorite shows

Was there anything the network said you guys couldn't do to Benson?
No. No, I have to say, knock on wood, they have given us free rein, I suppose is the nicest way to put it. They seem to trust that we're doing our job. It's pilot season over there and they're pretty busy, so we didn't really hear much. [Laughs.]

What was the reasoning behind bringing Donal Logue's Lt. Declan Murphy back and keeping it a secret?
He's one of my favorite actors…I thought since people are going to watch this episode no matter what because Pablo is back, I just thought it would be sort of a fun surprise. When we booked him, we booked him for basically that first one and then this one and the rest of the season. I said, "What do you have available? I'll take it and we'll write a storyline around it." He'll be around for the rest of the season in his capacity as lieutenant and temporary commanding officer of SVU. Unless Gotham goes down. 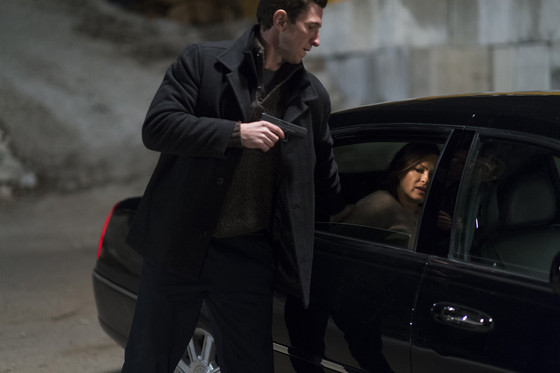 There's been a lot of buzz around this season. Do you attribute that to the serialized nature of the Lewis storyline and Benson's recovery?
I think that's part of it. Not to sound like a jerk, but this is my third year; I know what I'm doing a little more with the characters. I think that all the characters have a little more personal storytelling this year...There's more personal storytelling as well as the procedural. We've altered the mix a little bit. You need to watch each week to follow what's happening to these characters, which upends the original—the reason Dick Wolf is a billionaire, and you and I are still working, is he understood that self-contained episodes syndicate well. These still have to be able to syndicate well, but there are bonuses for people who are following now, and the actors have more to dig their teeth into.

In your plotting, what was the reason for having Lewis kill himself and not anybody else doing it?
Well, I think he knows he's dead. He wanted one last dance with her—sorry—so he gets her to this place, he gets to get inside her head, which is what he really enjoys doing, he knows they're coming for him. He knows it's a dead end. He doesn't like life in prison; he knows that she's ruined his life and his understanding of things. She's the one who got him in jail, finally, and she wounded him.

He wanted to get back at her. If he shoots her, the cops are going to immediately come in and he's dead. This way, in his mind, he continues to haunt her even though he's gone and he gets off on that. If you watch them as they play Russian roulette, Olivia, every time she clicks, she has a normal human response…he just puts the trigger to his head and clicks it. He has no fear. He's died a couple of times; he died just to get out of prison. He ingested Propranolol knowing that it could probably kill him. He doesn't have the fear gene. What he likes is knowing that he's gone and she's alive and has to live with what he's done to her and everybody else.

READ: Vote for your favorite in our Alpha Male Madness tournament 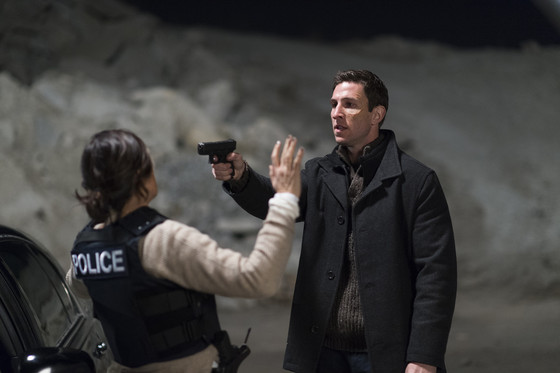 Will this eventually give Olivia any peace?
I think that's a good question. [Laughs.] She will be seeing her therapist in episode 21 and he has some sound advice for her.

How does this whole arc change Olivia going forward?
To me, what was interesting is she knew what she was getting into in this episode when she ditches her protective detail and goes after him. She knows what's coming. She knows she can die, she has that sort of NYPD stoicism: It is what it is. "I've got to get this guy. He has a 12-year-old girl. I'm the only one who's going to be able to get to the girl. If I die, I die, but I want to take this guy out." If you think about where it began, when he kidnapped her originally, it was all about, "How do I get away from this guy? How do I survive?" And in this episode she willingly goes back into that granary with him. She drives there and knows that that's the deal. That may not seem sensible, but there's bravery to it. She's doing what she feels she has to do. In the next episode, I think she'll get some understanding of what that is about her and where that comes from.

And she made that very public admission.
Yeah, that may come up again. In 21, Robert Burke—Tucker the IAB agent we love to hate—comes back. There's an IAB and grand jury investigation in the next episode. If you noticed, he switched hands right at the end. If you shoot yourself, you use your right hand to your right temple. If someone shoots you, at point blank range, it goes to your left temple if you're a righty.

READ: Why SVU brought back the Beast 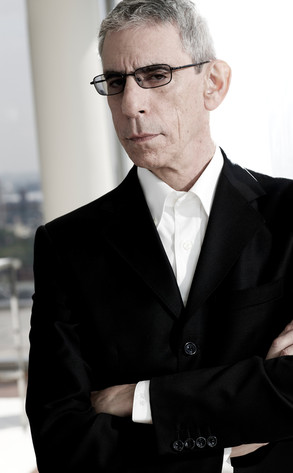 Will we see Richard Belzer or Dann Florek return this year?
I think that—It's note definite—but there's a chance that Richard will be coming back once before the season ends. I'd like to see that happen. He left a little earlier than Dann did. Captain Cragen is still enjoying his around the world cruise.

We've seen tons of #RenewSVU tweets. Honestly, we thought it was a sure thing.
The cast, the writers and the crew—we've done everything we can. I think the fans have shown up. I get very baseball statistic-y here. We're up 5 percent on the year. Modern Family is down and Criminal Minds is down, they're still in the Top 10. But it's a tough slot, up against two Top 10 shows, but we're up and they're down. We're up for the first time since 2005 and the critics are responding. You would like to think that counts, but then you get into the arcane—the complicated relationship Dick has had with the network. It's like a very strange marriage that just goes on and on and on and sometimes nobody pays attention to the kids in the fight. That's about where it is now. You have to prepare for both possibilities. Last year I prepared by being a jerk and ending the season with a gun to her head, I don't think I can do that two seasons in a row…this year I have to be more grownup, I guess.

PHOTOS: Renewed, Canceled or On the Bubble? Find Out The Status of Your Favorite Shows

TAGS/ TV , Top Stories , Watch With Kristin , Law And Order: Special Victims Unit , Most Read
GET POP CULTURED!
*Email entered incorrectly. Please try again.
By subscribing to our newsletter you agree to the Privacy Policy and Terms of Use
Daily
Weekly