How to Dance Like Taylor Swift: A Complete Guide to Her Best Moves 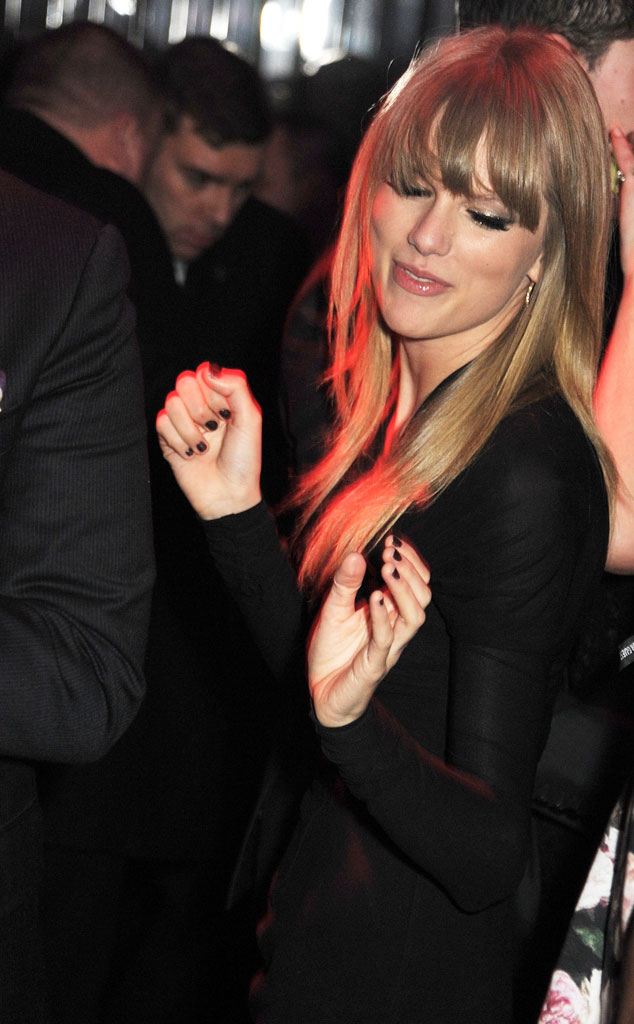 Two things to mention from last night's ACM Awards. One: Taylor Swift looked so damn hot in that midriff-baring ensemble. And she was rocking some serious sex hair. Yowza.

And two: Taylor once again showed us how the rhythm will always, always get her. No award show is complete without Taylor Swift dancing to the performances like no one is watching (even though millions and millions of people are), and we love her for it.

And don't judge her. Who would you rather watch on TV? Someone in the audience sitting in their seat, awkwardly bobbing their head and/or smiling stiffly when the camera is on them? Or Taylor Swift awkwardly but enthusiastically shaking it to every song?

WATCH: Jennifer Lawrence and Taylor Swift are totally in love with each other and it's amazing to watch

We choose the second option. And if you do too, and you want to learn how to move like Swifty, we've got your complete guide. We've studied her enough to become experts, so trust us on this one:

The Marla Hooch is named after the character in A League of Their Own who tries (and fails) to move gracefully and grandly during lady lessons. For people who aren't familiar with the scene, just watch this clip. Taylor does it in her own way when she puts her arm straight up in the air and waves it around like she just does not care. Don't bend your elbows! Don't you dare.

The My Hips Are So Truthful

Shakira has the patent on hips not lying, but Taylor's hips are also very honest. For this move, you have to imagine that there are little lies coming at your hips and they want to stick to your body. And you want to push them away with your hips, because your hips never, ever fib. So you just want to give them a little bump. Just a little one. A harmless lie bump. See how Taylor gently bumps the lies away with her hips during her performance with Tim McGraw? "Taylor, you haven't sold that many albums." BUMP. "Yes, I have. Over 26 million."

For five seconds, just dance like you want to. There are no rules; just dance. OK, now do that again, but imagine you are in a telephone booth. That's The Confined Space dance. Taylor has to use it often, as she is in danger of her long-ass arms whacking people like Selena Gomez in the face. (And someone needs to do that if she keeps dating Justin Bieber. He-yo!)

This one is just about an inner mantra: "Here's a shoulder. I can roll it forward. But wait, I've got two of them. Here is my other shoulder. No big deal." And repeat.

The She's Got Legs, She Knows How to Use Them

All you gotta do for this one is proudly present your leg. If you have a long dress on, you have to dramatically push it aside before presenting said leg. Flex if you want, but it's not required.

The My Body Is Sitting But My Brain Is Dancing

So your butt has to stay in your seat? No problem, you've still got arms to move and shoulders to shimmy. A more advanced move is the "no-no" motion with your hands, a gesture that was made widely popular after the TLC song "No Scrubs" was released. Do you want scrubs? No, we don't want no scrubs. We also don't no half-ass dancing!

READ: A comprehensive list of Taylor Swift's rules about love

The Is My Collar Bone Intact?

Is it? Better check. It is? Keep dancing! It's not? Go to the hospital.

You just can't fight that beat. You gotta fist pump. You gotta hip thrust. Here it comes. Don't hold back. Ooo, guuurl! Nice. Most effective if the person next to you is standing almost completely still and bobbing their head uncomfortably.

Similar to the Marla Hooch, except you bend your elbows and wiggle your fingers in your best Bring It On impression. And bounce. Bounce. Just bounce.

The I Am Famous, You Are Also Famous

This one is all about the hand motions. I am famous. (Point to self). You are also famous! (Point in the direction of the person performing).

The Get Outta Here, Hair!

Just think to yourself that your dancing would be so much better if your hair wasn't all up in your neck space. Now fix that problem! Fling your hair back with your hands or whip it back with a head snap. You must stretch before doing this move.

Don't dance. Don't even move that much. Just say to the world with your eyes, "You're welcome."

So practice these moves at least three times a week and soon, you'll be dancing like Taylor Swift, too! It won't be long until people are making fun of you for all the dancing you're doing, and that's when you know you're doing something right.