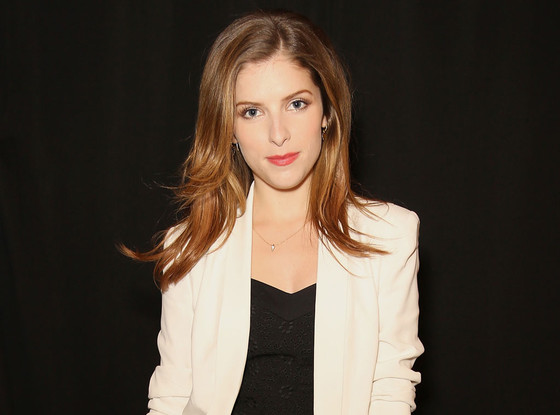 Anna Kendrick, the epitome of the cool chick that everyone wants to be friends with, turns 29 today. And in her less than 30 years on earth, she has already taught us more about life than our parents ever could. (Just kidding, mom and dad. For the most part).

Not only is Anna an Oscar-nominated actress, a player of the cups, beautiful and funny, but she is also so, so wise. And the proof is in her Twitter feed. Here is everything we learned following @AnnaKendrick47:

2. But plan for the future.

If I die unexpectedly can everyone just do the right thing and pretend I was a way better person than I am?

3. Never underestimate the complexity of your fellow man.

For someone with such an intense need to be liked you'd think I would have figured out how to be less of an asshole.

4. Be aware of your personal strengths and weaknesses.

5. It's the little things in life that matter.

I love that The Arclight plays movie scores in the bathroom. Makes me feel like the stakes are VERY high when I'm peeing.

So, there's NO existing service that rents puppies to people with hangovers? America, you have failed me.

Hey fellow humans, when u see me out picking up prescriptions and want to get a photo, can u be super cool and just not do that? Thank you!!

Oh, "that's the price of fame" is it? I just wanna be able to pick up my Valtrex without the world knowing about it! Wait. Shit.

Who "hates" to say I told you so? That's my favorite thing I get to say ever.

WATCH: Anna Kendrick's SNL promos are a thing of beauty and hilarity

9. It's important to honor our past.

The saddest thing about the digital age is the next generation won't have that "nudie mag they found in the woods" experience. #culture

10. But believe that children are our future.

It still blows my mind that I'm at an age where if I got pregnant people would be happy for me. #Yikes #Babies

Why do I HAVE to eat 2 or 3 french fries before I can take a bite of a burger? Does this unlock some kind of force field? Call Bill Nye!!

What if I'm a sleepwalker, except I'm so lazy that even when I sleepwalk I just lie in bed. #ThingsIThinkAboutWhenImNotWorking #HelpMe

13. You can be anything you want to be, all you need to do is dream.

14. Ass tattoos may not convey what you think they do.

I don't get why girls paint the "Chanel" symbol on their nails... I could tattoo it on my ass but it don't mean I'm fancy.

15. No one needs to ever call anyone on the phone, ever.

Texts: Cool! What does it say? Emails: Oh God... what do they want? Phone call: I basically assume someone has died.

16. And there is only one queen, and that queen is Queen Bey.

There are Beyonce songs and there are the song we listen to in between Beyonce songs. #MakeupTrailerMorningTruths

Guys, it happened. I met Beyonce. And she is an angel. And I am not worthy. And I will never stop shaking. #PatheticFanGirlOfTheYear

And thus concludes the Gospel According to Anna.

Go forth, children, and live in the way of the Kendrick.