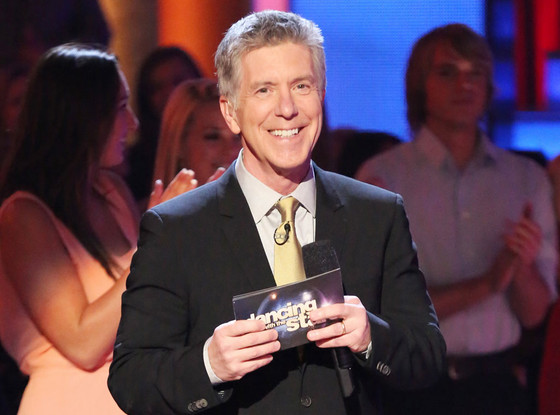 Change is coming to the ballroom.

Dancing With the Stars kicks off its 18th season this Monday, March 17, and viewers will be seeing multiples changes to the ABC reality hit, including a new band, a new twist and a new co-host, as Erin Andrews is set to replace Brooke Burke-Charvet. However, fans can rest easy knowing Emmy Award-winning host Tom Bergeron will still be there, and he chatted exclusively with E! News about the show's headline-making hosting swap.

Bergeron told us he recently had drinks with Brooke-Charvet, "during which I told her what I've told her several times, how impressed I was with how she handled all of this."

And the longtime host assured us that there's no animosity between his former co-host and Andrews, saying, "She and Erin have exchanged calls and voicemail messages, and I said, there's a lot of maturity going on here because everybody's being wonderful in the face of some difficult times."

NEWS: Bergeron sounds off on his decision to leave America's Funniest Home Videos after 15 seasons

Andrews is set to make her debut as co-host this Monday in the season 18 premiere, and while Bergeron has interviewed Andrews dozens of times during her time as a contestant on DWTS, he revealed to us they have actually hosted together before.

"Erin and I first worked together when we did the Scripps Spelling Bee for ABC back a few years ago," Bergeron said. "She's very energetic and smart and funny, and I think she's going to bring all of that to the show."

But he did have some advice for Andrews, which he shared with her over dinner.

"I just basically said to her, 'Trust your gut, and if you want to—because we're friends—take a shot at me.' I was telling her about when Drew Lachey filled in some seasons ago for a few weeks, he would take these shots at me, and I love that, so I told her not to hold back."

NEWS: Jason DeRulo to kick off new season of DWTS 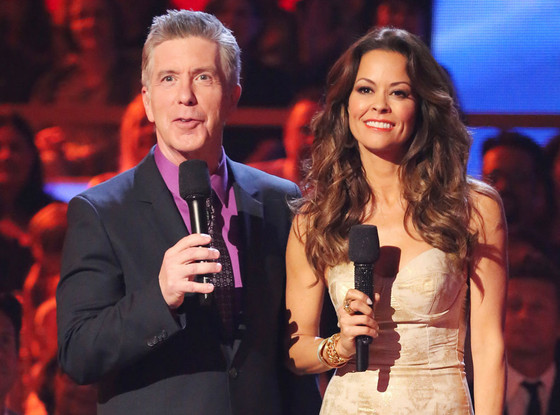 The other major change in store for fans is the new "Switch Up" twist, which will give America the chance to change up the dance partners. And some of the contestants have already expressed their dislike of the new twist, which pro Val Chmerkovskiy called "horrible."

"I'm not sure yet how it's going to play out. I don't know if it's just for a week or whatever they do it they're going to do it for the balance of the season, so I'm kind of as curious as you and the dancers are, as to how this is going to play," Bergeron said. "It's either going to be very intriguing and exciting or a trainwreck."

As for Season 18's cast, which includes Cody Simpson, NeNe Leakes and Candace Cameron Bure, Bergeron doesn't have any early predictions, telling us, "I never do until we get the show up and going and you see how it all works together and how their personalities mesh."

However, Bergeron revealed one contestant he's particularly excited about.

"I'll be completely honest with you—I had been lobbying personally to Danica [McKellar] to do it. I've been working on her a couple seasons now, and I was thrilled when she finally said yes."

Dancing With the Stars' new season kicks off Monday, March 17, at 8 p.m. on ABC.

TAGS/ Dancing With The Stars , TV , Top Stories , Watch With Kristin , Exclusives
GET POP CULTURED!
*Email entered incorrectly. Please try again.
By subscribing to our newsletter you agree to the Privacy Policy and Terms of Use
Daily
Weekly