Game of Thrones Ending After Season 7? When Our Time in Westeros Will (Likely) End 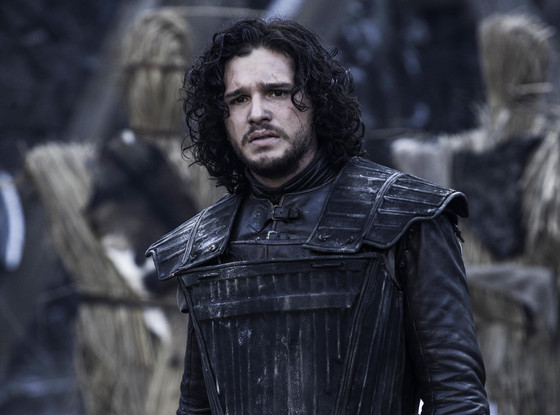 Game of Thrones will likely come to an end after its seventh season.

In the new issue of Vanity Fair, co-creators David Benioff and D.B. Weiss said they'd like to wrap the show up after seven or eight seasons. "We know there's an end somewhere in the seven- or eight-season zone. It's not something that goes 10, 11—it doesn't just keep on going because it can," Weiss told Vanity Fair. "I think the desire to milk more out of it is what would eventually kill it, if we gave in to that."

Benioff made further statements to EW. "It feels like this is the midpoint for us," Benioff told EW of the current season. "If we're going to go seven seasons, which is the plan, season four is right down the middle, the pivot point."

That sound you hear? It's the sound of Game of Thrones fans everywhere bemoaning this latest revelation. But it makes sense. Game of Thrones is rapidly catching up to the book series written by George R.R. Martin, but luckily the show co-creators know Martin's plans for the world of Westeros. They previously sat down with the author to "talk through where things are going, because we don't know if we are going to catch up and where exactly that would be," Benioff said.

"If you know the ending, then you can lay the groundwork for it. And so we want to know how everything ends. We want to be able to set things up. So we just sat down with him and literally went through every character," Benioff told Vanity Fair.

Martin has given the showrunners "broad strokes" of what he intends to write. "I'm hopeful that I can not let them catch up with me," Martin told Vanity Fair.

With season four right around the corner that gives fans at least three more seasons of Game of Thrones. Will it be enough? The number of seasons seems to be around the standard for HBO. True Blood is wrapping up after a seventh season, Sex and the City ran for six and The Sopranos lasted for six seasons. Other cable hits like Breaking Bad and Mad Men have also wrapped up on the earlier side with Breaking Bad wrapping after five seasons and Mad Men coming to an end after seven.

"If you look at the shows that we love, it's so rare for a series to go beyond that length and maintain quality," Beinoff told Vanity Fair. "And, you know, looking at Breaking Bad, which is probably the most consistently great show in history, and I think the fact that they decided relatively early, it's going to be five seasons and that's it, I think that was an incredibly smart choice."

Are you happy Game of Thrones has an ending in mind? Tell us in the comments below.