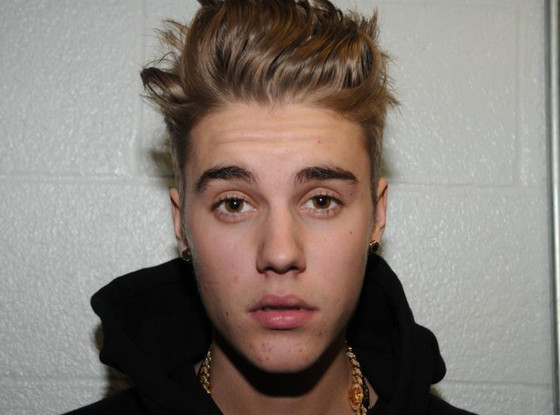 Justin Bieber's video deposition—originally obtained by TMZ—is almost physically painful to watch. In all fairness to the Biebs, the entire ordeal, in which he was questioned about allegedly assaulting a paparazzo, lasted four and a half hours and TMZ's video is only six minutes of it.

But damn, this kid is a punk.

Justin acts like a 4-year-old throughout the entirety of the footage, albeit a 4-year-old with a wispy little mustache on his upper lip (awesome little mustache, Bieber!) He refuses to answer questions, calls the opposing lawyer names and his put-on "tough guy" attitude will give you a headache. It gave us a headache.

Here are the brattiest moments from the clip:

Follow up question: Are you going to let me finish the question?

And with that, we would like to official welcome you to Justin Bieber's temper tantrum.

3. At least he was nice enough to match his outfit to the chair?

4. When Bieber did this with his eyebrows:

Again, in all fairness to the Biebs, he actually may not know if he's ever been to Australia, because he may not actually know where Australia is. We wouldn't be surprised.

6. When he thought the question was weird:

NEWS: Justin Bieber's penis will be censored in police video of him peeing

8. "Is it true that you know that your security guards will punch, grab and push paps if they need to?"

(Footnote: This is our favorite part of the video. It's...hilarious.)

9. "Would you please look at the film that's up there?"

Let's not be hoity-toity about cinema because you guest starred on CSI, Biebs.

11. When he was asked if he's ever disciplined an employee:

14. When he was asked about Selena Gomez and put on this performance:

15. And when he refused to answer any questions about Selena Gomez:

The question was: "Have you ever talked with Selena Gomez and discussed your feelings on paparazzi?" Calm down, Bieber. Calm down.

16. When he called the lawyer Katie Couric:

17. Or when he didn't call the lawer Katie Couric:

18. When he had to miss nap time for the deposition:

And got so, so sleepy.

19. When he forgot about Usher, then remembered:

In all fairness to the Biebs (again), maybe he was confused! Life is confusing for the Biebs!

21. And, the ultimate Freudian slip, when he said this:

He meant "instrumental," but we agree with what he said.

Ugh, isn't this obstruction of justice or something? Lock him up!

PHOTOS: Justin Bieber shows off all his tattoos in jail—check them out

TAGS/ Top Stories , E! Loves , Justin Bieber , Legal , Most Read
GET POP CULTURED!
*Email entered incorrectly. Please try again.
By subscribing to our newsletter you agree to the Privacy Policy and Terms of Use
Daily
Weekly