Katy Perry and John Mayer: Inside Their Relationship's Ups and Downs 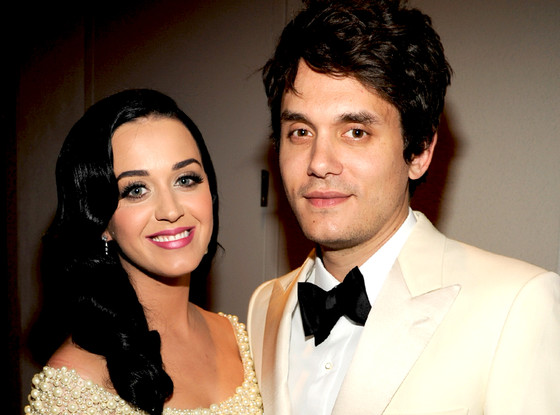 After a roller coaster of a relationship, E! News exclusively learned that Katy Perry and John Mayer have ended their romance.

In the year and a half since they first hooked up, the artists certainly experienced their ups and downs.

Here now is a look back at the former couple's courtship:

Aug. 2, 2012: Speculation surfaces that Perry and Mayer are dating after they are seen dining together and continuing the evening at Chateau Marmont. Five days later, a source tells E! News that Perry is "having sleepovers"  at Mayer's home.

Aug. 23, 2012: Multiple reports say that the never-official couple are no longer dating.

PHOTOS: Take a look back at Katy Perry and John Mayer's relationship 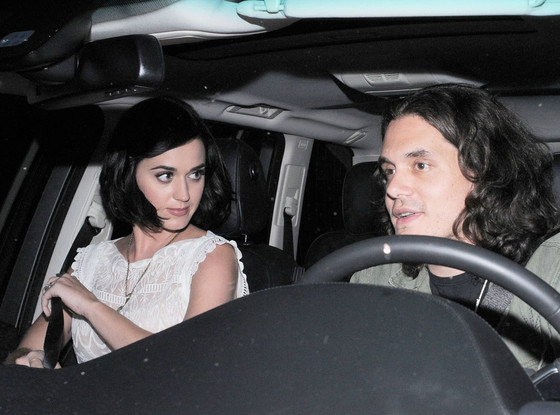 Sept. 1, 2012: Perry and Mayer are caught canoodling at the FYF concert in downtown Los Angeles. A source tells E! News the pair rocked out in the VIP section at the music festival, dancing together and stealing kisses as they watched various bands perform.

Oct. 14, 2012: The two all but confirm they are still an item after they are spotted making the rounds out in New York City on what seems like a fun-filled date night. 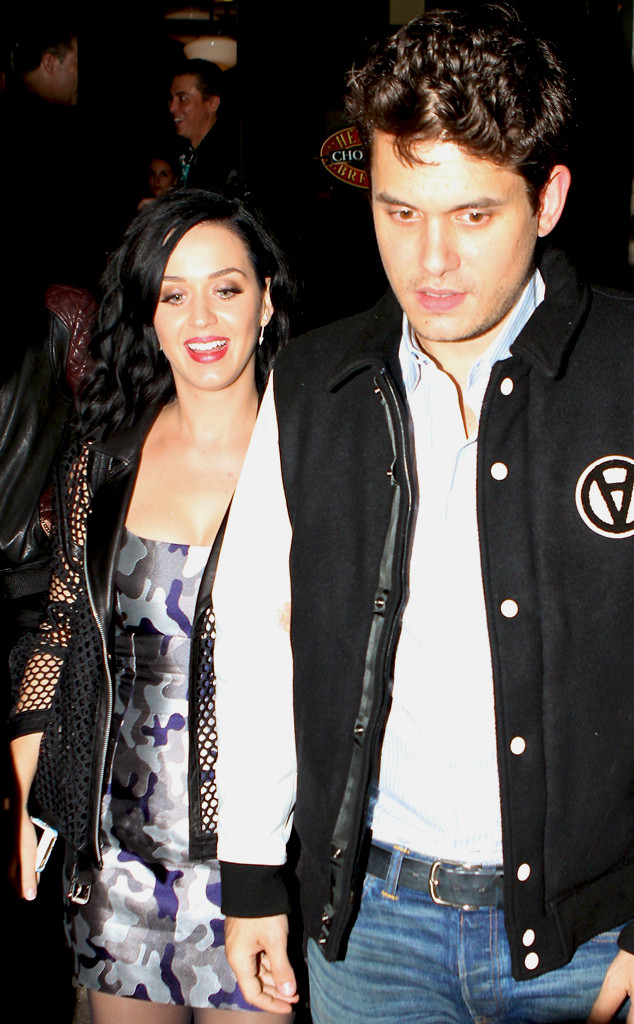 Dec. 25, 2012: The pair spends Christmas together, with Perry tweeting pic of Mayer decked out as Santa Claus.

Jan. 1, 2013: Perry and Mayer ring in the new year by getting down and dirty in Hawaii.

Feb. 14, 2013: Engagement rumors are sparked when Perry is spotted sporting a heart-shaped ruby ring during a Valentine's Day dinner date. 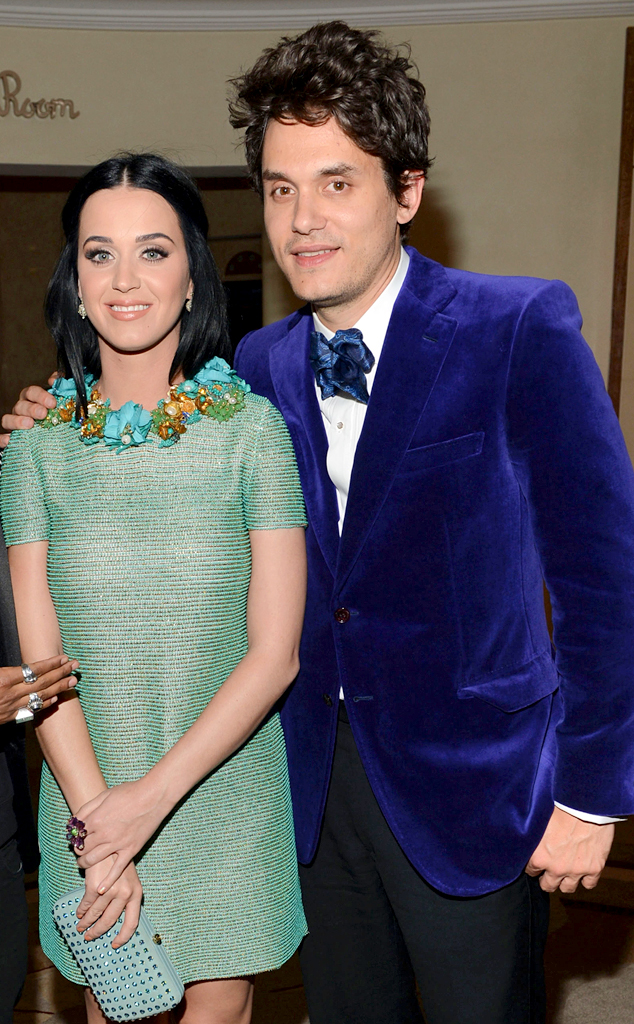 April 5, 2013: A source exclusively tells E! News, "John still very much loves [Perry] and has feelings for her. It was just going to be too much with what was on his plate."

June 3, 2013: Two sources tell E! News the duo are "back on" and enjoying their "casual" relationship.

July 6, 2013: Mayer proclaims his love for Perry during concert, tells crowd she is "more incredible than I ever thought." 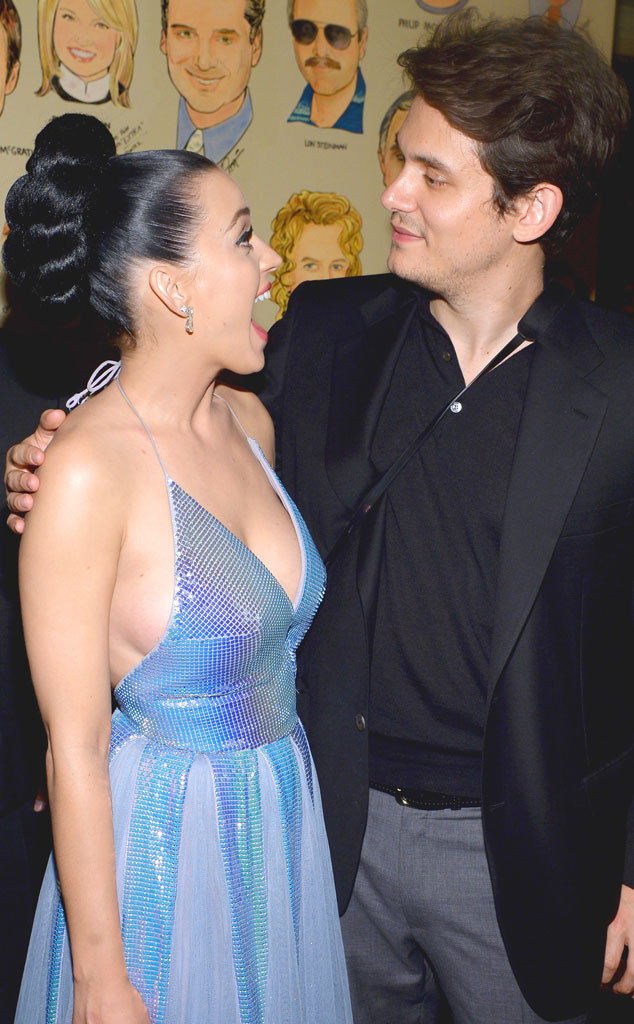 Sept. 27, 2013: Perry gushes about Mayer to Billboard, saying, "He literally is a genius, as is evident from his songwriting" and "I've been a fan of John's for years before I actually got to kiss him."

Oct. 15, 2013: A source tells E! News that Perry and Mayer are "very serious" about each other and that those close to the couple wouldn't be surprised if they got engaged in the not-so-distant future.

Nov. 10, 2013: Perry reignites engagement rumors by wearing a diamond ring on that finger at the MTV Europe Music Awards in Amsterdam.

January 2014: Perry and Mayer vacation together in Hawaii. "They seemed really happy and in love," a source exclusively tells E! News.

Feb. 18, 2014: Perry shows up at the Elle Style Awards in London with yet another bauble where an engagement ring traditionally goes.

Feb. 26, 2014: A source close to the pair exclusively tells E! News that Perry broke up with Mayer within the last few days.