The Walking Dead First Look: Carl and Michonne Embark on a Dangerous Mission—See the Emotional Pics! 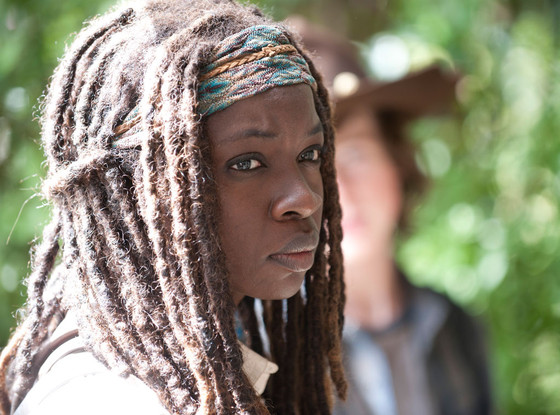 No one ever said living in a post-apocalyptic world filled with zombies was going to be fun.

The Walking Dead has finally crawled back into our lives and we're ready to fully embrace the drama, anxiety and intrigue that comes with it on Sunday nights. After last week's heartwarming reunions and emotional breakdowns from the rest of our isolated groups, it's time to check back in with Rick (Andrew Lincoln), Michonne (Danai Gurira) and Carl (Chandler Riggs) in their secret suburban hideout.

To get you prepared for this Sunday's all new episode, "Claimed," we fought off a herd of walkers to bring you two exclusive first look photos, as well as details on what's ahead from executive producer Gale Anne Hurd.

MORE: The Walking Dead: Scoop on Glenn and Maggie's Wedding!

This week, Michonne and Carl are going to embark on another epic journey together to gather supplies, while a restless Rick tries to gain his strength back at the house. But, like all supply runs in the AMC hit's history, this one is going to be filled with danger and pop-up surprises from undead flesh-hungry walkers. Can't these characters even catch a break?!

Similar to the midseason premiere, fans are also going to get a deeper peek into Michonne's backstory, but we've got to warn you, it's not a happy one. (Exhibit A: Michonne's sad face in the exclusive pic above.)

However, if you're expecting the sword-master's background to be exactly as it was in the comic books—think again. Hurd revealed, "Obviously, as with everything in our show, there are changes from what's in the comic book, but it's clearly an element [that we're going to explore]." And like Michonne, Carl has been particularly emotional throughout this entire season. We'd like to blame his tears on the fact that he's going through puberty while regularly being attacked by zombies, but Hurd explained that there's more to it.

SCOOP: Get caught up on all the drama from last week's Walking Dead! 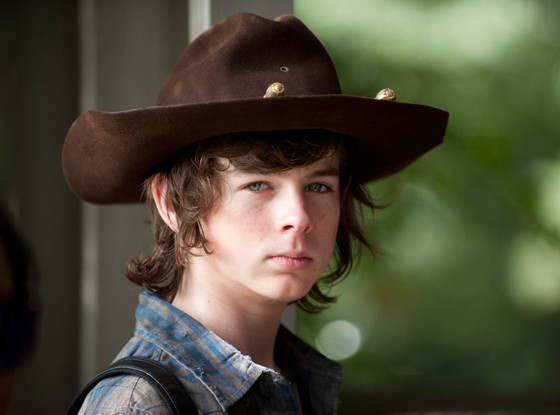 "This is a child who's had to shoot his mother who was going to turn into a walker, and had to shoot Shane, who was like a surrogate father to him," the showrunner said. "Any relationship between a father and a son, especially a son going through puberty and becoming a teenager, is going to be fraught with difficulty. And that's amplified by the fact that they're now separated from the rest of the group, and Rick still isn't in good shape, so I think it's likely that the balance will go back and forth as to who needs who more."

So will our tiny group venture out of the house to go in search for the others? Not just yet! Hurd teased, "What they have to do is put their own safety first. That's paramount at this point. You always have to weigh what's expedient, what's safe, and what it is you'd really like to do, and that's part of the decision making tree that all of our characters face in the separation."

The Walking Dead airs this Sunday at 9 p.m. on AMC.

PHOTOS: The most shocking deaths in recent TV history

TAGS/ The Walking Dead , TV , Top Stories , AMC , Exclusives , Watch With Kristin
GET POP CULTURED!
*Email entered incorrectly. Please try again.
By subscribing to our newsletter you agree to the Privacy Policy and Terms of Use
Daily
Weekly