A Valentine's Day Ode to Netflix, Our One True Love 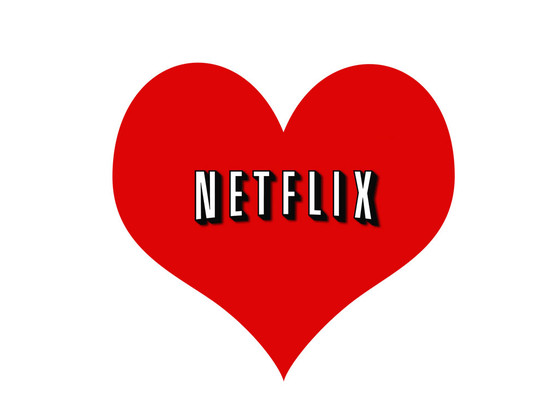 Valentine's Day is a mere two days away, which means love is in the air. Couples are making romantic dinner reservations, flowers are being prepared for delivery and there are probably many engagement surprises being planned as we speak.

But we want to take this time to gush about our one true soul mate that is more loyal and more entertaining than any human could ever be. We're talking about Netflix.

Yes, you can love a streaming service. If Joaquin Phoenix can fall for an operating system, we can certainly proclaim our devotion to Netflix. It brings us so much joy and happiness, so this Valentine's Day, we talked to some folks who are in relationships with Netflix and asked them to pen love letters to their true love.

QUIZ: Who is your celeb valentine?

So cue up this song and read letters (and one poem!) dedicated to our Valentine:

In the beginning, the men came and went, but you were always there. We started with discs of One Tree Hill, House, Scrubs and How I Met Your Mother, and you always arrived when you said you would. We shared many nights together in my first tiny apartment, binging on TV shows before "binge-watching" was a thing and long before it was cool.

My apartment sizes grew, as did my TV screens, and eventually another man came and stayed, so you had to learn to accept his Netflix tastes. You knew he was important to me, so you allowed our relationship to deviate from the usual marathons of The Office and Parks and Recreation, and even though you shoved evidence that I had watched the Katy Perry movie in my new significant other's face, I didn't blame you. It wasn't your fault.

Because you allowed a third person into our courtship, I discovered shows like Archer and Sherlock. We grew stronger together as we moved on to a streaming-only relationship, and today, I am still as in love with you as I was back in 2006. This Valentine's Day, I will give you the most important gift of all: my continued loyalty.

See you at home tonight, sexy. You bring Say Yes to the Dress and I'll bring my sweatpants.

PHOTOS: Our picks for the most romantic movies ever

Netflix, unlike a human, actually remembers what I recently watched, spends time thinking about it and then thoughtfully suggests that I watch the same three Jason Statham movies over again instead.

Netflix, despite how many times I've watched crappy '90s sitcoms and the talking dog movie Space Buddies, always puts "Thoughtful Foreign Documentaries" up at the top of the page to make me look smarter, more thoughtful and aware of foreign things.

Netflix, like all passive aggressive partners, always knows to make episodes and movies available just after I've paid Amazon and iTunes to stream them. That's what I get for straying.

Netflix, finally, is cheap, easy and always available. And really, what more is anyone looking for in a partner?

READ: Get ready for Valentine's Day with these awesome cards for every single fanbase!

You are so sweet
Even got me a V-day treat
House of Cards season two
What would I do without you?

It's not a Scandal or even a Battle (Star Galactica),
All of my secret marathons, you never tattle

It's Always Sunny when you are near
So let's stay home and screen Luther, my dear oh dear

(This last letter isn't so much a proclamation of love, but it still counts.)

Tierney Bricker, TV Scoop Editor
It's complicated. Why? Because they never have any of the damn movies I want to watch when I want to watch them. They are, however, my first choice when it comes to a late night booty call. So a love letter, no? A booty call text? Sure, why not.

Do you love Netflix as much as we do? Write your own love letter below and make sure you show it proper appreciation when the calendar hits Feb. 14.

PHOTOS: These celebs are just meant to be together!