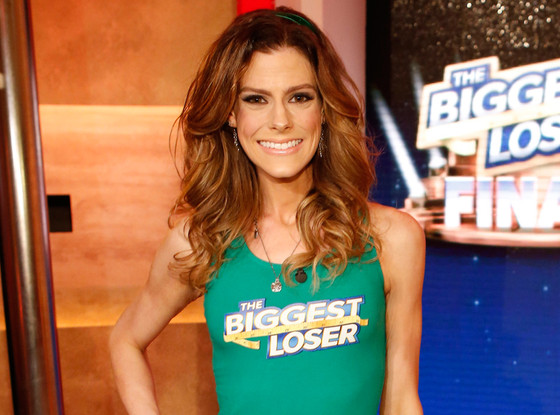 Producers are considering some "small but significant tweaks" to the series' production, sources connected to the show tell E! News, including more support and check-ins for contestants after they shoot the final episode.

The conversation about what happens to the contestants after leaving the ranch began when the winner of the most recent season, Rachel Frederickson, lost an additional 45 pounds and shocked the audience during the show's live finale last week. At 5'4", she weighed in at 105 pounds, which puts her below the healthy body mass index, according to the National Institute of Health.

"There might be more focus on what happens to the winner after they are supposedly done with the show," says one source tied to the series. NBC had no comment for this story.

In past seasons, most contestants have actually gained weight after leaving the ranch where The Biggest Loser is filmed. When they leave the show, they aren't closely monitored or offered the multiple hours of workouts they receive while filming the show. Sources tell us that post-filming timeframe is now front and center. Still, dramatic weight loss will continue to be the focus on the show.

Producers have been quick to respond to health concerns in past seasons. After the "Second Chances" season, when two contestants were hospitalized after a mile-long foot race, producers began checking body temperature during workouts to ensure better safety.

And despite concerns over how rapidly the contestants lose weight (some up to 20-30 pounds a week), NBC also airs a disclaimer before each episode to let viewers know that the weight-loss tactics used on the show are not for everyone: "Our contestants were supervised by doctors while participating in the show, and their diet and exercise regimen was tailored to their medical status and their specific needs. Consult with your own doctor before embarking on any diet or exercise program."

Frederick's trainer, Dolvett Quince, defended Frederick's extreme weight loss on Facebook: "Biggest Loser is a journey which has its ups and downs. Please try not to look at one slice of Rachel's journey and come to broad conclusions. Rachel's health is, and always has been, my main concern and her journey to good health has not yet ended!!"

Meanwhile, Bob Harper confessed he was "stunned" by Frederickson's extreme weight loss. Harper, who has been a trainer on "The Biggest Loser" since 2004, said the weight-loss competition has never had a winner who weighed so little. "I was stunned," he said. "We've never had a contestant at 105 pounds."

Do you think The Biggest Loser needs to make changes?

TAGS/ TV , The Biggest Loser , Top Stories , Watch With Kristin , Most Read , Rachel Frederickson
GET POP CULTURED!
*Email entered incorrectly. Please try again.
By subscribing to our newsletter you agree to the Privacy Policy and Terms of Use
Daily
Weekly