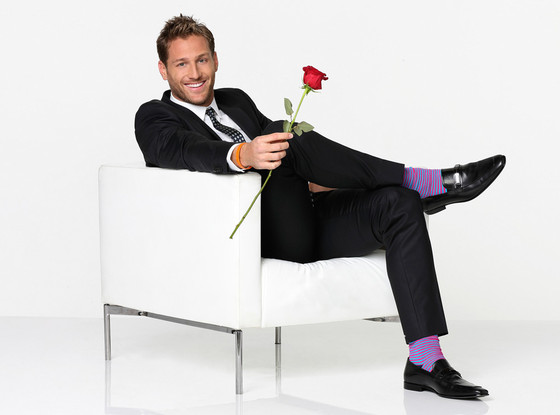 On this week's episode, Bachelor Juan Pablo Galavis was paid a late night-early morning visit by hairstylist Clare. The two grown, consenting adults then went for a swim and (probably) had sex (or whatever "pure bliss in every way" means). And then Juan Pablo made Clare feel bad about it, like she had done something wrong, and she cried.

This comes weeks after Juan Pablo said in an interview that he doesn't think there should be a gay Bachelor because gay people are "more pervert in a sense." He later kinda apologized and said the quotes were taken out of context (they weren't, you can listen to the whole interview here) and that he didn't mean to say "pervert," he meant to say that all gay people are "more affectionate and intense" but it was lost in translation ("pervert" in Spanish is "pervertido" and "intense" is "intenso," so it was very difficult for him as an ESL speaker).

Still, there are apparently plenty of people who think he's perfect:

Oh my goodness. If I ever met someone like Juan Pablo I would fall instantly in love. He's so close to perfect.

Everything Juan Pablo does is perfect

When Juan Pablo started crying at the end of the rose ceremony, I started whimpering. He is too much for me. Too perfect.

DAMN U JUAN PABLO FOR BEING SO PERFECT UGH

Juan Pablo is easily the cutest/perfect bachelor out of all the season. He's so perfect it literally hurts to watch

I need a man like Juan Pablo he has the most perfect personality??

Juan Pablo.. If you didn't speak.. You would be perfect

PHOTOS: Bachelor & Bachelorette Status Check: Find Out Who's Still Together!

But the tide seems to be turning, and more and more people are deciding that Juan Pablo is not perfect. Actually, he might be the worst Bachelor that The Bachelor has ever seen. People like...

So I also might hate Juan Pablo after last week

2. This girl, who is not going to like this article:

3. This girl, who doesn't know whether she's more ashamed of Juan Pablo or herself:

two things: 1. juan pablo is the worst bachelor abc has ever had on the show, and 2. i am embarrassed that i still watch this terrible show

4. This girl, who is sick of excuses:

JUAN PABLO IS THE WORST BACHELOR EVER. STOP USING YOUR DAUGHTER AS AN EXCUSE FOR YOUR ACTIONS.

5. This girl, who will be writing a letter to ABC:

6. This girl, who is starting to think maybe Juan Pablo hasn't thought this all through:

Juan Pablo is probably the worst bachelor ever. won't kiss a girl on tv cause he has a daughter but he'll have sex with one? makes sense lol

7. This girl, who thinks you should wait until there's at least 10 contestants left before you start having sex with them:

okay so Juan Pablo is officially the worst bachelor ever... having sex with 11 girls left? smh ??????

8. This girl, who realized it doesn't always get better:

I always thought Ben Flajnik would go down in history as the worst Bachelor ever, but Juan Pablo is definitely beating him for that title.??

9. And this girl who is scavenging The Bachelorette for replacements:

Juan Pablo is hot, but man oh man he's a douche. Why didn't they have a good guy like Arie or Jef or something?! #TheBachelor

PHOTOS: Check out all of the (un)lucky ladies who competed for Juan Pablo's heart!

10. This girl who would rather be getting a root canal:

The only thing I hate more than the dentist is Juan Pablo.

Whoever gets engaged to Juan Pablo at the end should watch all of the episodes and see what a douche he is, then dump him.

12. The president and co-founder of the I Hate Juan Pablo club:

Whoever wants to be a part of @sammywalstrom and I's I hate Juan Pablo club is welcome ?? you will all be in it by the end of the season ??

I also hate Juan Pablo now too, dude you're like the worst bachelor ever you d bag

14. This girl, who's calling all of you other ladies out:

Why does the female race love Juan Pablo? I think he is history's worst Bachelor... PIG

16. This girl, who thinks Juan Pablo may lead to the collapse of civilization as we know it:

Juan Pablo is not only the worst bachelor ever, he's also a terrible human being! Yay TV!! #TheBachelor

17. This girl, who's making it official:

Juan Pablo is officially a jerk and I hate him.

18. And this girl who actually just thinks he's boring.

Juan Pablo is friggen BORING!! absolutely no personality. This is the worst Bachelor in my opinion. #TheBachelor #JuanPablo

And there's plenty more where that came from:

I HATE Juan Pablo, he is a manipulative, misogynistic piece of garbage man. The Bachelor is so fucked this season.

My hate for Juan Pablo just keeps growing and growing

Where can i vote to make juan pablo the worst bachelor ever ?

Why, you can vote right here in the comments section! Weigh in: Is Juan Pablo a manipulative, misogynistic, homophobic, slut-shaming, douchey piece of garbage man? Or would you like to have perfect sex with him in the sea in Vietnam?

PHOTOS: The Bachlor: Where Are They Now? Find out!

TAGS/ Top Stories , E! Loves , The Bachelor , TV , Twitter
GET POP CULTURED!
*Email entered incorrectly. Please try again.
By subscribing to our newsletter you agree to the Privacy Policy and Terms of Use
Daily
Weekly