Tom Brady and Peyton Manning's Rivalry, as Explained by The Hills' Lauren Conrad and Heidi Montag 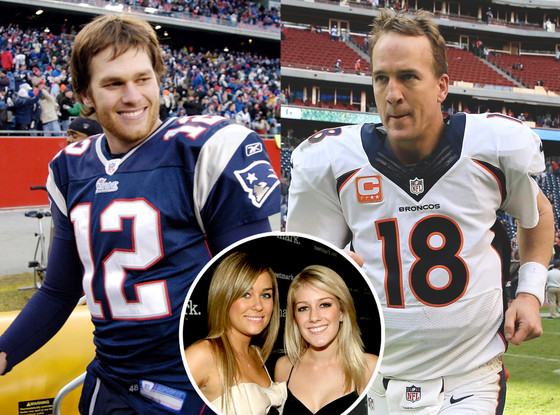 For those of you who don't know, football is still happening. And there are two big NFL games this weekend: the AFC Championship and the NFC Championship. In short, those games decide who will be playing in the Super Bowl. But it's the AFC matchup that most people are salivating over.

The Denver Broncos are playing the New England Patriots, and that means we'll get another chapter in the Peyton Manning vs. Tom Brady rivalry saga. Basically, they are rivals because they're both really, really good quarterbacks, and if you're a fan of one, you almost automatically hate the other. So, Tom and Peyton don't really have a feud themselves, nor do they hate each other. This one is all about the fans.

Going to a football party this weekend? If you want to sound like you know what you're talking about during the Patriots-Broncos game, just read our rivalry recap below. And since we assume you're big into pop culture, we're using the greatest celeb rivalry of all time to explain Tom and Peyton's situation: The Hill's Lauren Conrad vs. Heidi Montag. Hey, it's better than using puppets to get our point across. Puppets are creepy as hell. Ready? Here we go: 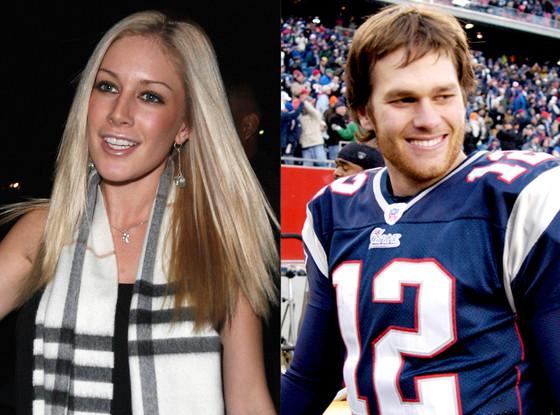 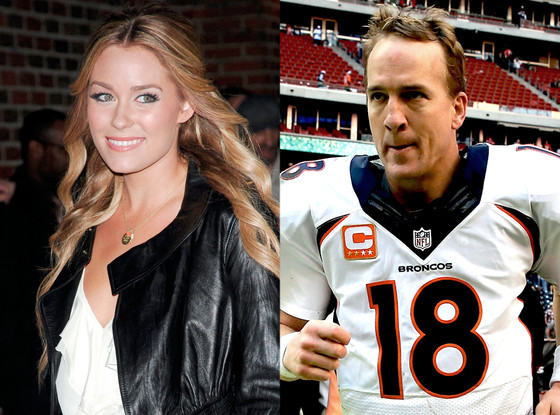 Peyton Manning joined the NFL in the 1998 season, while Tom Brady came a bit later in the 2000 season. So, Manning is the "original castmember" of the two. He was a first round draft pick, while Brady was a sixth round pick.

Both had rocky starts as rookies, and it took a couple of seasons for them to really shine as quarterbacks. Let's call that The Hills, season one.

During the 2003 season, the Colts and the Patriots played each other for the AFC Championship title and the chance to the go to the Super Bowl for the first time. Brady's team beat Manning and his Colts, and the rivalry fire between the fans was lit, sort of like The Hill's second season after Heidi met Spencer.

Each season afterward, the Colts-Patriots games were always an anxiously awaited matchup. More often than not, Brady would beat Manning, but not by much. The two quarterbacks were endlessly compared by NFL commentators and sports writers. Fans talked smack, took sides and the rivalry grew.

During the 2006-2007 season, the Colts came from behind to beat the Patriots in the AFC Championship game. It was a huge upset and a big victory for Manning. Eventually he would go on to win the Super Bowl that year, his first. We're going to liken this to the big fight between L.C. and Heidi at the club after the whole sex-tape-rumor fiasco. It was a huge blowout, and it very fiercely divided the fans.

After that season, every Patriots-Colts game was like a mini Super Bowl. Any time Brady and Manning faced off, the hype and coverage surrounding the matchup was staggering. Fans whipped themselves into a frenzy when it came to Tom Brady vs. Peyton Manning.

Brady fans bragged that their QB had more Super Bowl rings. Manning fans would bash Brady and his pretty-boy image. It often got ugly.

And the games between the Colts and Patriots continued to be so intense and so close, with both quarterbacks putting up big numbers.

In the 2012 season, Peyton Manning went to the Denver Broncos. Tom Brady was still with the Patriots. This is sort of like the time Lauren left The Hills after Heidi married Spencer (for the second time).

READ: The NFL Regular Season Is Over, and It's Just the Worst Thing Ever

The two times they've met since Manning put on a Broncos uniform, the Patriots have come out on top. One game even went into overtime.

And now, the two quarterbacks will face each other once again for the AFC title. And fans are licking their lips, just waiting to see which one of the men will take home the win. It's going to be emotional for both sides.

Regardless of who you cheer for, the Broncos-Patriots game is going to be a good one. And Manning and Brady's rivalry will continue to entertain the pants off of us.

PHOTOS: Hot Guys of the NFL