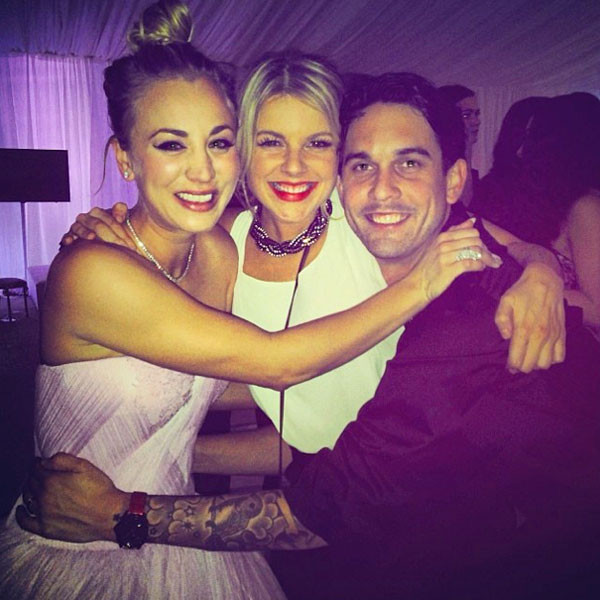 In case you hadn't heard, Kaley Cuoco married Ryan Sweeting on New Year's Eve—and Ali Fedotowsky was there to see her pal take the plunge!

The couple said their I-dos at Hummingbird Nest Ranch, a sprawling estate just north of Los Angeles and, judging by the newlyweds' Instagram accounts and now these details straight from one of Kaley's closest friends...

"What I love about this picture so much is that even though I'm in the middle, they both have their hands on each other in front of me," Ali dished with E! News host Giuliana Rancic on Thursday's show, talking about the "Sweeting sandwich" the couple made with her in one particular photo.

SEE: More celebs who got married on New Year's Eve

"It's like they didn't want to take their hands off each other," the VIP guest continued. "Oh my gosh, it was the most incredible, beautiful wedding I have ever been to."

Ali, who attended with boyfriend Kevin Manno, recalled, "There was so much love during the ceremony. I was in tears, my boyfriend was in tears, just hearing them profess their love for each other—they're the real deal."

And the photo opportunities kept coming: "This is how I keep @kevinmanno in check ;)," Ali posted on Instagram with a pic of her and Manno, Ali holding a mini pitchfork in keeping with the night's fire-and-ice theme.

Giuliana of course wanted the scoop on Kaley and Ryan's cake—and though Ali said she "couldn't bear to stop dancing" long enough to try any, she heard it was delicious.

"It was a chandelier—a chandelier hanging, just imagine," Ali described the mind-blowing confection, "and then the bottom of it just being tiers of cake. It defies the laws of gravity. It was hanging from the celiing, swear! It was gorgeous.

"And there was just so much love all around. Kaley wasn't nervous at all, she was beaming, I've never seen her so happy in all of my life," the E! correspondent gushed.

"And it was one of the best nights of my life," Ali added, "it was that much fun!"

So we can only imagine how Kaley and Ryan felt.

And the rest of the bride's week hasn't been too shabby, either: A shiny new black BMW was delivered to her and Sweeting's home today, and she was later photographed horseback riding, one of her favorite pastimes. 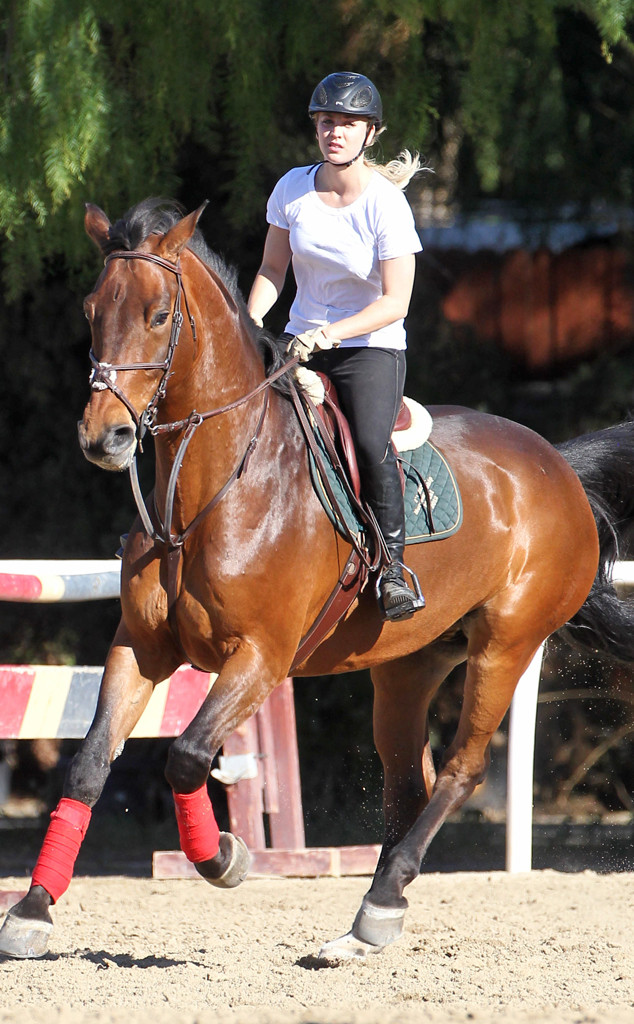 Yet still she found time to take to Twitter and share a few more details from her big day—after she was done changing her account name to Kaley Cuoco Sweeting, that is!

"Even tho my new husband has mad shower singing skills,he did not serenade me walking down the isle. That was our dear friend @joegillette :)," she happily clarified. Mrs. Sweeting also shared another pic of their gravity-defying cake. 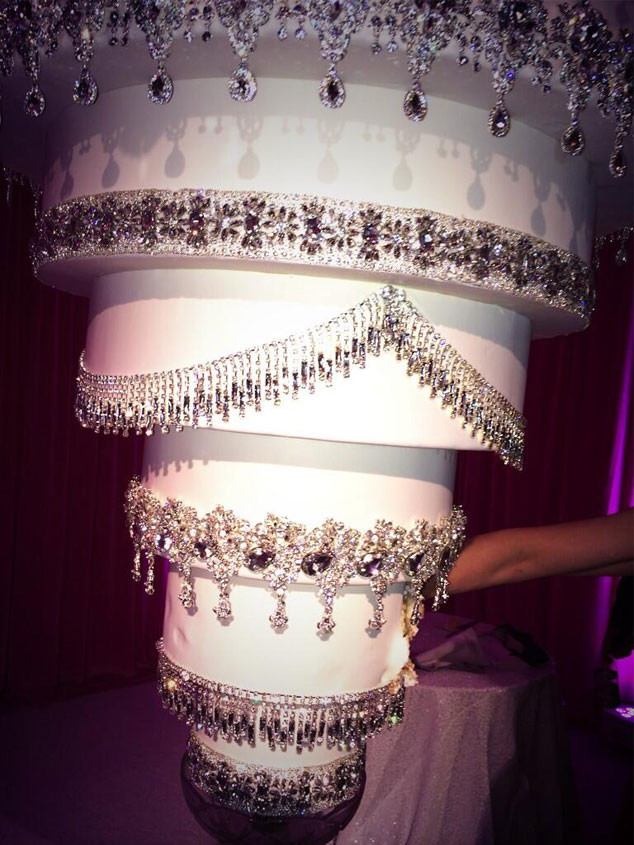 "Lots of people are asking about our cake and I'm happy to share another pic. It was truly upside down! @thebutterend," she wrote.

Speaking of trends, Kaley was perfectly on point with her custom "pink fairy princess gown" by Vera Wang.

PHOTOS: See the biggest celebrity weddings of the past year