Phil Robertson Returning to Duck Dynasty, A&E Says Show Is "Not About One Man's Views" 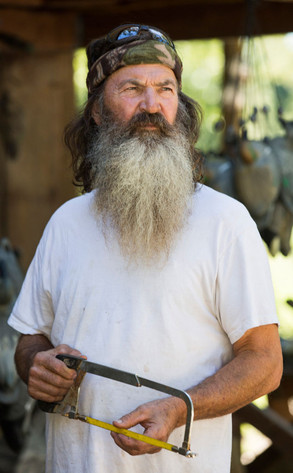 Count A&E among those still standing with Phil Robertson.

The network announced Friday that the Duck Dynasty patriarch will be returning to the show after a brief suspension from filming triggered by anti-gay remarks he made in a GQ interview.

The hit show's fifth season, some of which was already in the can featuring Phil as usual, is scheduled to premiere Jan. 15.

"After discussions with the Robertson family, as well as consulting with numerous advocacy groups, A&E has decided to resume filming Duck Dynasty later this spring with the entire Robertson family," the network said in a statement obtained by E! News.

In reacting to Phil's suspension, the entire family had come together to suggest that they didn't see much of a future for the series without their literal and figurative father.

Support for the 67-year-old Duck Commander Co. founder's right to free speech had poured in from largely politically conservative corners, but a variety of critics had questioned A&E's stance. After Louisiana Gov. Bobby Jindal stood by their homegrown celebrity, Lt. Gov. Jay Dardenne said that his office would be willing to help hook the Robertson family up with new producers, should they fail to reach an agreement with A&E.

"As a global media content company, A+E Networks' core values are centered around creativity, inclusion and mutual respect," A&E's full statement begins. "We believe it is a privilege for our brands to be invited into people's home and we operate with a strong sense of integrity and deep commitment to these principals. 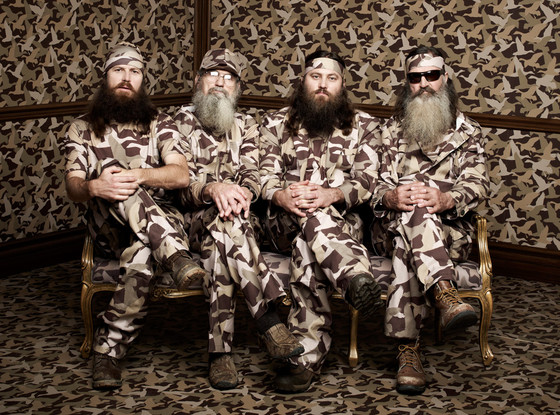 "That is why we reacted so quickly and strongly to a recent interview with Phil Robertson. While Phil's comments made in the interview reflect his personal views based on his own beliefs, and his own personal journey, he and his family have publicly stated they regret the 'coarse language' he used and the mis-interpretation of his core beliefs based only on the article. He also made it clear he would 'never incite or encourage hate.' We at A+E Networks expressed our disappointment with his statements in the article, and reiterate that they are not views we hold."

Breaking his individual silence on the matter during a Bible study group on Dec. 22, Phil said that he is a "lover of humanity, not a hater," but he didn't back down from what he believes is the correct interpretation of the good book's teachings.

"Sexual sins are numerous and many, I have a few myself," he continued. "So what is your safest course of action? If you're a man, find yourself a woman, marry them and keep your sex right there...All I did was quote from the scriptures, but they just didn't know it. Whether I said it, or they read it, what's the difference? The sins are the same, humans haven't changed."

A&E, meanwhile, notes that Duck Dynasty "is not a show about one man's views. It resonates with a large audience because it is a show about family...a family that America has come to love. [Indeed—the show's fourth-season premiere's 11.8 million viewers made it the most-watched reality show episode in cable history.]

"As you might have seen in many episodes," the network continued, "they come together to reflect and pray for unity, tolerance and forgiveness. These are three values that we at A+E Networks also feel strongly about. So after discussions with the Robertson family, as well as consulting with numerous advocacy groups, A&E has decided to resume filming Duck Dynasty later this spring with the entire Robertson family. 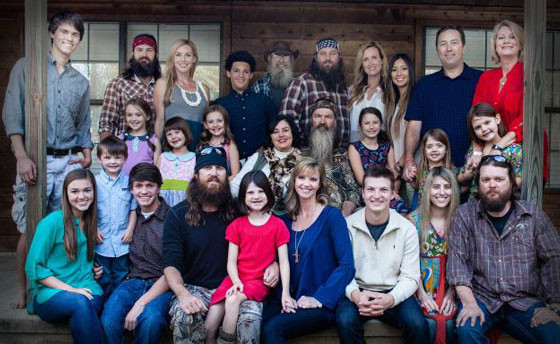 "We will also use this moment to launch a national public service campaign promoting unity, tolerance and acceptance among all people, a message that supports our core values as a company, and the values found in Duck Dynasty. These PSAs will air across our entire portfolio."

In addition to being a huge hit ratings-wise, the Duck Dynasty fam made Barbara Walter's list of the Most Fascinating People of 2013, and were featured on the cover of The Hollywood Reporter's rule-breakers issue.

Will you be tuning in for season five? Do you think A&E made the right decision? Share your thoughts in the comments section!

PHOTOS: Best of 2013: Check out the year's biggest scandals!