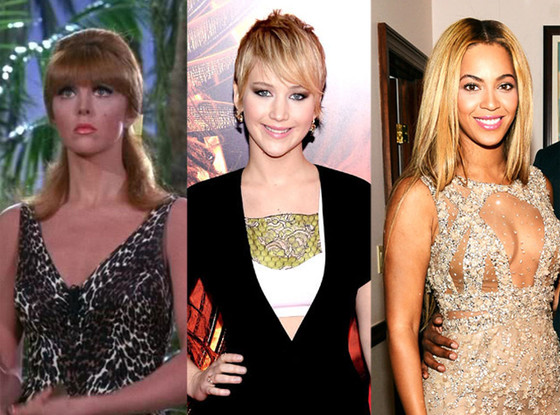 Looks like 2014 just may be a big year for reboots.

Now that the hit 1960s show Gilligan's Island is officially in talks to be remade, with Book of Mormon star Josh Gad already attached to the project, the casting of the iconic characters is now up for discussion and Caprice Crane, daughter of Tina Louise, the actress who played Ginger, is offering up her expert opinion.

And turns out, she wants to give Gilligan's Island a Modern Family-esque spin!

"My mom was constantly coming on to the Professor on the show, and he was never into it," Crane told Today of the show's stud, who was always strangely oblivious to the two hot single lady castaways. "So the Professor could be the gay one. It would explain a lot. It would be fun if they shake it up, make it worthy of today's times." 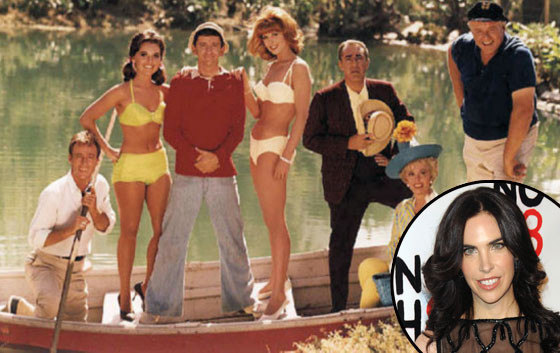 Crane, who currently works as a writer in Los Angeles, has the utmost respect for her mother's work, telling Today Ginger's character in the remake has big shoes to fill if they're going to do the 1960s bombshell justice.

"They're going to have their work cut out for them finding someone who is as awesome and gorgeous and funny as my mom," she said of Louise, who is still working as an actress.

And despite the fact that neither Crane nor Louise are involved with project, Caprice already has a favorite actress in mind.

"I'm in love Jennifer Lawrence." she shared. (Who isn't?) "She's so fresh and charming and I love her ideas. The last go-around when this was being discussed, Beyoncé was suggested—and I think that would be a good idea. But Christina Hendricks is the obvious physical choice."

Crane also opened up about the Sherwood Schwartz-created show, which was developed during the days before actors were paid residuals, so neither Louise, nor her castmates benefited from the show's longstanding popularity.

"No one knew how popular shows were to become and no one knew there would be so many reruns," she said of Gilligan's and Schwartz's other famous show The Brady Bunch. "The cast tried to be treated fairly later on, and get those rules backdated, but it was up to the Schwartzes and both The Brady Bunch and Gilligan's Island [casts] kind of got screwed because they wouldn't do it. Luckily for every other actor in the world, those rules changed. But it's unfortunate."

As for the reboot?

"I hope they get to do what they want," Crane said. "Part of me thinks I don't know why everybody has to remake everything, but part of me thinks it's great, give it a fresh twist and make it fantastic."

Would you watch a Gilligan's Island reboot? What do you think of Crane's casting suggestions? Tell us in the comments!

TAGS/ Jennifer Lawrence , Beyoncé , Casting , Top Stories
GET POP CULTURED!
*Email entered incorrectly. Please try again.
By subscribing to our newsletter you agree to the Privacy Policy and Terms of Use
Daily
Weekly