Miley Cyrus and Kellan Lutz Touch Down in Miami on Same Private Jet—Are They Dating?! 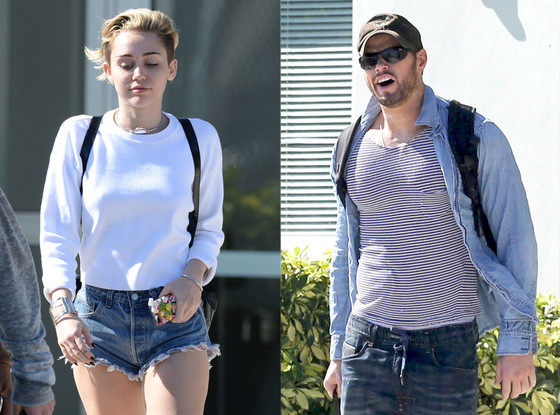 Has the twerking queen coupled up with a former Twilight hunk?!

Miley Cyrus and Kellan Lutz were seen arriving in Miami on the same private jet on Wednesday, Dec. 18, sparking rumors that the good-looking pair is dating.

The 21-year-old pop star and the 28-year-old actor descended separately from the plane, Cyrus with her BFF Cheyne Thomas, after returning from a quick trip to the Bahamas.

The "Wrecking Ball" beauty flaunted her long legs in pair of cut off denim shorts, a white sweatshirt and furry leopard print ankle booties, while Lutz looked handsome as always in jeans, a striped shirt and a denim button down, adding a baseball cap and flip-flops while sporting a scruffy beard. 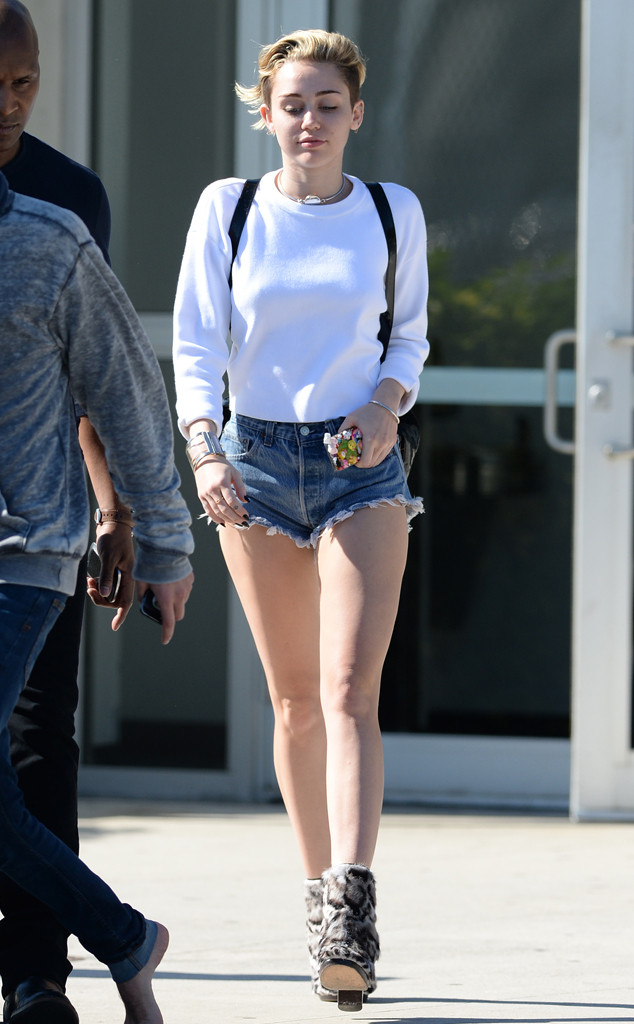 Despite the dating rumors surrounding the duo, a source tells E! News they are "definitely not a couple."

Another insider says that Miley and Kellan have mutual friends and does not know of anything romantic brewing between the two. The source also adds that Lutz, who most recently dated Sharni Vinson, is currently single.

The pair happened to be present in Miami at the same time as Lutz was busy doing press for his upcoming flick The Legend of Hercules on Monday, while Miley is set to perform at the Jingle Ball on Friday.

As for further proof that the pair is just friends? 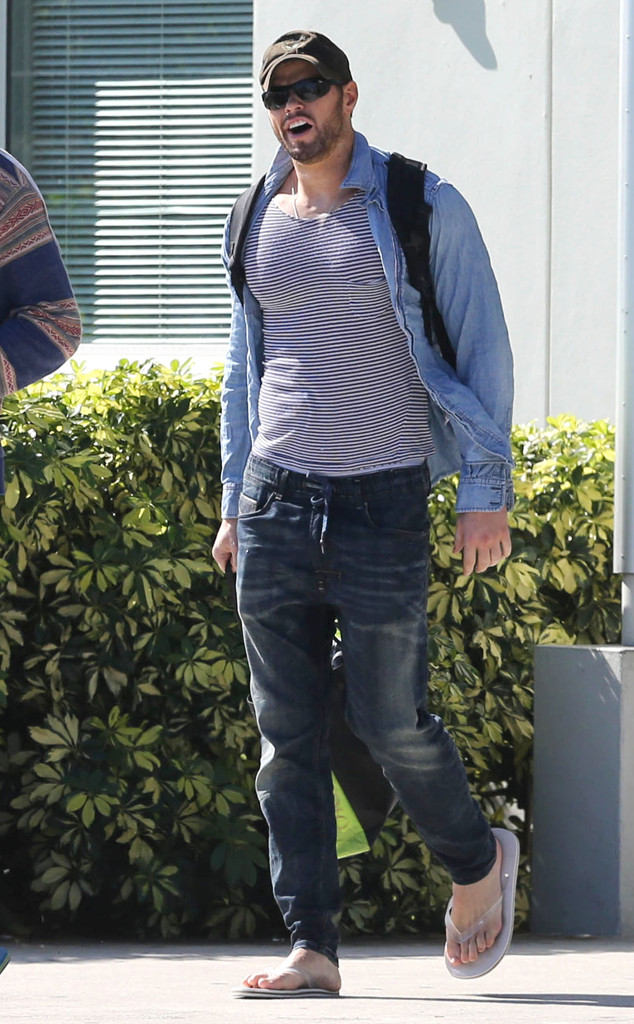 A fan witnessed Miley travel from the Miami airport to her hotel—sans Kellan Lutz but with Cheyne Thomas in tow—and the singer was even kind enough to pose for photos with her eager Smilers.

While her bodyguard originally turned down fans who wanted a pic with the pop star, Miley stopped and said, "No I want to take a picture with my favorite fans."

The source added that "Miley looked tired, but was happy to greet us. She also looked like she was in a hurry, but still had her typical great sense of humor and fun-loving personality."

Cyrus has been linked to a number of men, including rapper French Montana, producer Mike Will Made It and Rolling Stone photographer Theo Wenner, since her split from former fiancé Liam Hemsworth in mid-September.

She recently shed new light on the former lovebird's breakup while speaking with Barbara Walters for the upcoming ABC special Barbara Walters Presents: The 10 Most Fascinating People of 2013.

"I was so scared of ever being alone, and I think, conquering that fear, this year, was actually bigger than any other transition that I had, this entire year," Cyrus says in a pretaped interview, airing on Wednesday, Dec. 18, at 9:30 p.m. "I don't ever want to have to need someone again, where you feel like, without them, you can't be yourself."

PHOTOS: Every Celeb Who Has Talked About Miley Cyrus