Duck Dynasty's Phil Robertson Says Being Gay Is Illogical: A Vagina Is More Desirable Than a Man's Anus 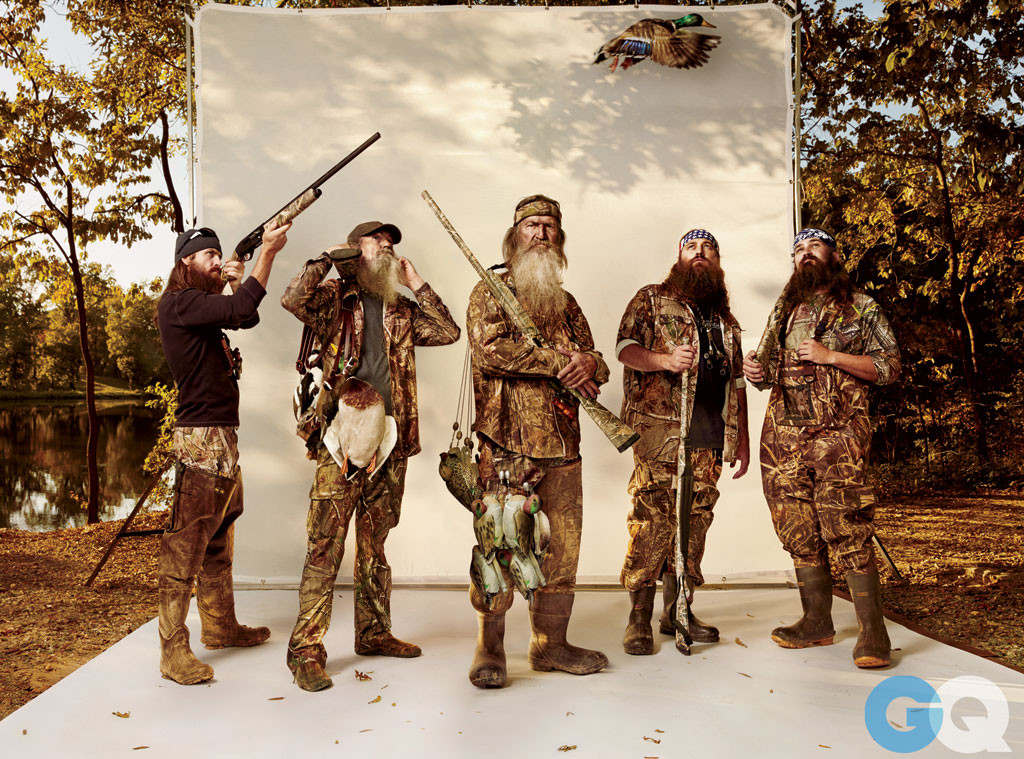 As a straight man, Duck Dynasty's Phil Robertson doesn't understand what it means to be gay.

In the January 2014 issue of GQ, the A&E reality star shares his views on homosexuality and opens up about his conservative, Louisiana-based family, and their strong Christian faith.

"We're Bible-thumpers who just happened to end up on television," he says of his family's meteoric rise to fame, which has landed them multiple tabloid covers and a spot on Barbara Walters' Most Fascinating People of 2013 list. "You put in your article that the Robertson family really believes strongly that if the human race loved each other and they loved God, we would just be better off. We ought to just be repentant, turn to God, and let's get on with it, and everything will turn around."

One thing isn't likely to turn around, however, is the duck hunter's views on modern immorality. "Everything is blurred on what's right and what's wrong," Phil says. "Sin becomes fine."

"Start with homosexual behavior and just morph out from there. Bestiality, sleeping around with this woman and that woman and that woman and those men," he tells the magazine. Paraphrasing Corinthians, he says, "Don't be deceived. Neither the adulterers, the idolaters, the male prostitutes, the homosexual offenders, the greedy, the drunkards, the slanderers, the swindlers—they won't inherit the kingdom of God. Don't deceive yourself. It's not right."

Phil continues, "It seems like, to me, a vagina—as a man—would be more desirable than a man's anus. That's just me. I'm just thinking: There's more there! She's got more to offer. I mean, come on, dudes! You know what I'm saying? But hey, sin: It's not logical, my man. It's just not logical."

Jep Robertson doesn't explicitly tell GQ that he agrees with his father's sentiments, but it seems likely that he does. "We're not quite as outspoken as my dad, but I'm definitely in line," he says of his backwater family. "If somebody asks, I tell 'em what the Bible says."

Phil, 67, later says that he's not too concerned with how other people are living.

"We never, ever judge someone on who's going to heaven, hell. That's the Almighty's job. We just love 'em, give 'em the good news about Jesus—whether they're homosexuals, drunks, terrorists. We let God sort 'em out later, you see what I'm saying?"

Phil also predicts Duck Dynasty will be off the air in three to five years. He's grateful to have been able to share his family's views with more than 14 million viewers each week.

"For the sake of the Gospel, it was worth it," he says of doing the reality show. "All you have to do is look at any society where there is no Jesus. I'll give you four: Nazis, no Jesus. Look at their record. Uh, Shintos? They started this thing in Pearl Harbor. Any Jesus among them? None. Communists? None. Islamists? Zero. That's 80 years of ideologies that have popped up where no Jesus was allowed among those four groups. Just look at the records as far as murder goes among those four groups."

(As GQ notes, Phil ignores centuries of war, bloodshed and human enslavement committed in the name of Christ.)

NEWS: How much money does the Duck Dynasty cast make?

Phil—who says he misses the "old days"—believes all sinners are capable of finding salvation.

"If you simply put your faith in Jesus coming down in flesh, through a human being, God becoming flesh living on the earth, dying on the cross for the sins of the world, being buried, and being raised from the dead—yours and mine and everybody else's problems will be solved," he says.