Science Named Word of the Year by Merriam-Webster Dictionary—Find Out Why! 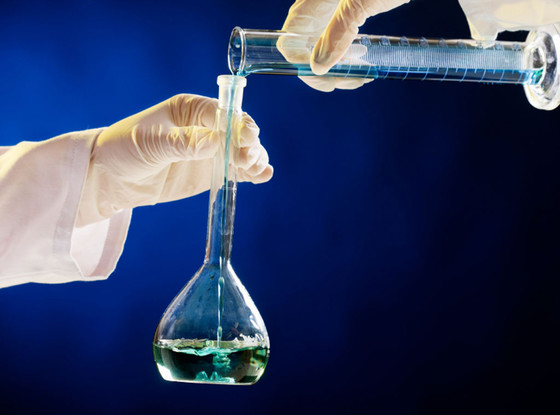 Selfie is not the only Word of the Year this year. And if you have a problem with that, you can go take a picture of yourself making a sad face and caption it #selfies4eva #selfiesarethebest #follow4follow #me. But it won't make a difference.

And get this: While selfie is apparently a "more editorial" choice ("a qualitative selection meant to embody a shift in culture," according to Time), Merriam-Webster's pick "relies more on the numbers."

PHOTOS: Check out all the biggest stories of 2013 right here!

Which means lots and lots of people looked up the definition of "science" this year. Merriam-Webster picked the world that "experienced the biggest spike in lookups the year" and, with 176 percent more lookups than last year, that word is science.

Who is looking up the definition of science this much?!?

Last year's winner was a tie between socialism and capitalism. That makes sense enough to us. The year before was pragmatic. Hey, people might not know the definition of pragmatic. We're OK with that.

PHOTOS: Check out all of our picks for the Best Songs of 2013!

But science? Who is looking up the definition of science?!

"The more we thought about it, the righter it seemed in that it does lurk behind a lot of big stories that we as a society are grappling with," M-W president and publisher John Morse explained.

"Whether it's climate change or environmental regulation or what's in our textbooks."

Which, sure. But that seems more like something you would Google. This is the definition of science. Not the arguments of science versus faith. Not the concepts behind different types of science. Just what the word science means.

The Merriam-Webster Dictionary defines science as:

: knowledge about or study of the natural world based on facts learned through experiments and observation

: a subject that is formally studied in a college, university, etc.

Is this new information to anyone? At best, we can hope that second graders had a loooot of homework this year. At worst...science is the Word of the Year. Oh well, if you really want your mind blown, look at the comments people have left on M-W's science definition.

PHOTOS: Check out the best celeb selfies (the other word of the year)!

TAGS/ Top Stories , E! Loves
GET POP CULTURED!
*Email entered incorrectly. Please try again.
By subscribing to our newsletter you agree to the Privacy Policy and Terms of Use
Daily
Weekly