Lauren Manzo's Wedding Date Set for 2015—Will the Reality Star Say "I Do" On TV? 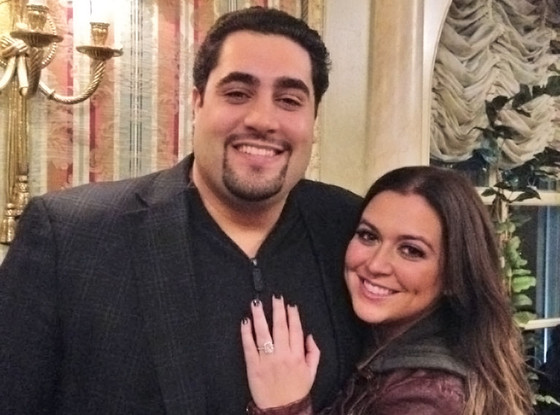 As the daughter of Real Housewives of New Jersey star Caroline Manzo, Lauren Manzo is accustomed to living her life in the public eye, but when it comes to her recent engagement, the reality star was relieved to have a little privacy following boyfriend Vito Scalia's proposal.

"I didn't even want to share it at first," the brunette beauty tells E! News after her longtime beau popped the question. "Right away, my mom was so excited. She was like, 'Let's Instagram it, let's tweet it!' I wanted to wait a moment. I wanted to kind of enjoy it on our own first before we shared it with the whole world. Because once it was out there, it was really out there. I was getting tweets from Australia!"

Lauren later shared the exciting news on Instagram, captioning a photo of the couple (with a clear view of her diamond sparkler), "We're engaged."

And while the cameras weren't rolling when Scalia asked for Manzo's hand in marriage, the 25-year-old Bravo beauty says she wasn't concerned with capturing footage for the show, Manzo'd With Children (Caroline and her family recently filmed the pilot episode following the 52 year old's departure from the Real Housewives of New Jersey after five seasons). 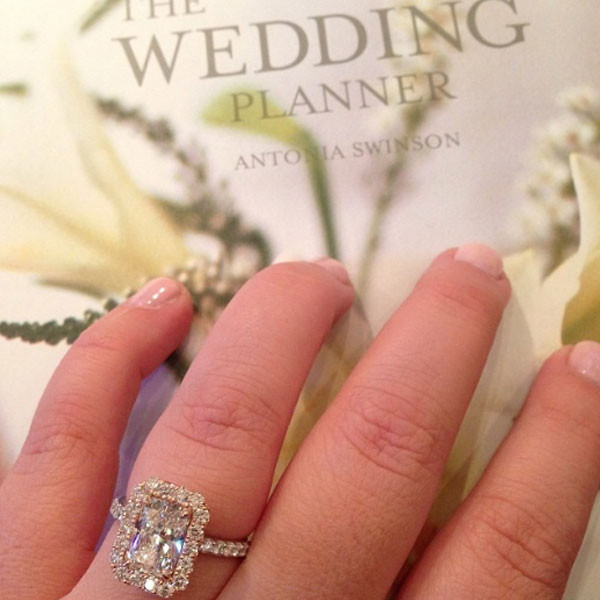 "I love that we're not the type of reality family that lives for the cameras," she says. "People can get really caught up when it's their entire life. We're not the kind of people who say, ‘I'm getting engaged, how much money can I make from it?' or ‘I need all of America to see my proposal.' We live our real lives. So I'm happy with the way it happened. We have a really nice video of it that my friend took, so it may end up being part of the show that way. But I love that it was a totally real, not made-for-TV proposal."

So will she consider getting married on Manzo'd With Children? Or perhaps a reality TV wedding special?

"We'll see. If we were still on Housewives, I wouldn't do it there. Housewives was scary. But Manzo'd with Children is so much more fun and lighthearted and we all had such a good time filming it," she shares. "I don't know that I'd do a wedding special, but if Manzo'd does get picked up for another season, then I'm sure part of the storyline will be my wedding planning. My mom already warned me there's going to be plenty of drama. She was like, ‘Whatever you want for the flowers, you're losing.'"

Let the mother-daughter drama begin! And Lauren admits she already has many details in mind:

"Oh, we already have a date," she reveals. "I'm not going to share the exact date, but it's in 2015. And the reception will be at the Brownstone. Vito wants to do the ceremony at Fordham Church because that's where we met, at Fordham College," the bride-to-be gushes, adding that plans may change, as the date is still over a year away.

Lauren, who underwent both lap band surgery and a breast reduction in recent years, also opened up about her newfound confidence, admitting that she's always felt comfortable in her own skin with her hubby-to-be.

"Well, the one thing about my relationship with Vito is that, as insecure about my physical appearance as I used to be, I was always completely secure with him," she says. "He was always wonderful no matter what. The only difference is now it makes things like dress shopping so much fun—I know I can wear any style I want!"

Too cute. Congrats, you two!

TAGS/ The Real Housewives Of New Jersey , Engagements , Weddings , Top Stories
GET POP CULTURED!
*Email entered incorrectly. Please try again.
By subscribing to our newsletter you agree to the Privacy Policy and Terms of Use
Daily
Weekly