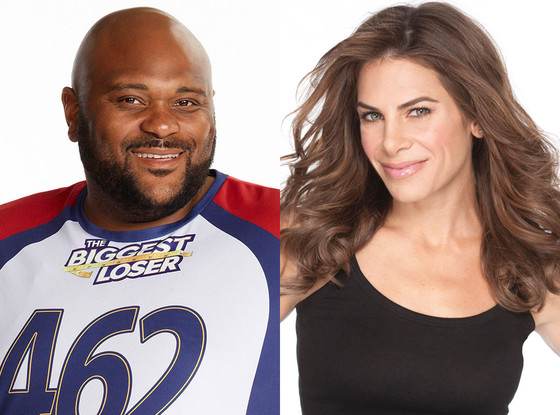 Hell hath no fury like a Jillian Michaels scorned

At least, that's the way we imagine it. The trainer fatale is fierce. And so to The Biggest Loser producers…You've got some serious cojones, friends.

After producers accused Michaels of breaking the rules for giving her White Team caffeine pills without permission, Michaels hinted via Twitter that she believes it was all a scheme to bring back former American Idol contestant Ruben Studdard.

When a viewer tweeted that Michaels was "being used to bring a famous contestant back," Michaels tweeted back: "you're spot on."

READ: Jillian Michaels called out for breaking the rules

Studdard had been eliminated from the competition the week before, but was brought back in Tuesday's episode after the prior week's results had been deemed unfair—all because Michaels gave the caffeine supplements to her team.

The whole thing may reek of conspiracy to Michaels (and some viewers), but Biggest Loser contestant Craig Arrington, who was eliminated in Tuesday's episode, spoke to reporters and defended the show's producers, saying: "I don't see Ruben coming back as being a ploy or anything, it was just about being fair. It just so happened to be Ruben at the time." He added, "Ruben's a great friend of mine, and production decided that the person that was eliminated the week before should be brought back to ensure the contest was fair to all contestants, and that's exactly what they did."

READ: Maks Is Returning to DWTS!

Naturally, the question is whether producers would have even bothered with the rule-breaking accusations (to tough-as-nails Michaels, who is arguably the biggest star of the series) if the ousted contestant had not been America's "Velvet Teddy Bear"—a contestant who was very much loved by viewers, and who was trending via social media and Google searches for days after his elimination.

A show representative said executives were not available to discuss the incident. There also has been no indication as to whether Michaels has used the pills on the show before.

Michaels has not apologized for her actions, saying only, "I stand by my opinion. A caffeine supplement is significantly healthier than unlimited amounts of coffee."

It also appeared that the pills did not give Michaels' team any kind of real advantage. The contestants were penalized by adding four pounds to their weigh-in weight, but even without the additional pounds, the team failed to lose enough weight, sending Craig packing.

Do you think Michaels was thrown under the bus so Ruben could return? Or was it all in the name of fairness?

PHOTOS: 12 Shows That Are Way Up—or Way Down—in the Ratings

TAGS/ TV , Watch With Kristin , Top Stories , The Biggest Loser
GET POP CULTURED!
*Email entered incorrectly. Please try again.
By subscribing to our newsletter you agree to the Privacy Policy and Terms of Use
Daily
Weekly