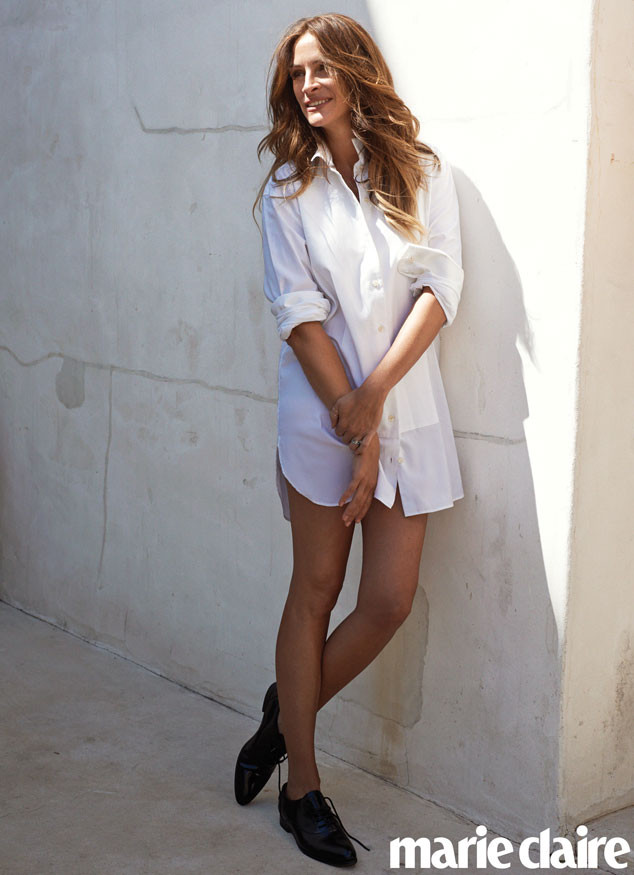 Julia Roberts is a lot of things to a lot of people, but there are two things she's definitely not: a narcissist and a masochist. Covering the December issue of Marie Claire magazine, the Oscar-winning actress and married mother of three says she's made a conscious decision to remain a luddite.

Unlike her peers, the Roberts doesn't use Facebook, Twitter or Instagram to connect with fans. "It's kind of like cotton candy," she says of social media. "It looks so appealing and you just can't resist getting in there, and then you just end up with sticky fingers and it lasted an instant."

VIDEO: Is Julia Roberts ever planning to direct?

Roberts isn't in the habit of Googling herself, either. Knowing that the internet can sometimes be a cruel place, she avoids reading articles that might send her into an emotional tailspin. "I have too much potential for collapse. There's an anonymity that makes people feel safe to participate in hatefulness," the August: Osage County star explains. "I like a good old-fashioned fistfight if people are pissed off at each other. I just feel like if you're really mad and want to have a fight, then put your dukes up."

Besides, the actress is far more interested in feeding her family than her own ego. "It's my privilege and honor to cook three meals a day for my family, and it's a luxury on a level that I didn't even realize, because it can be relentless for me on some days. You have pride in how you take care of your family." 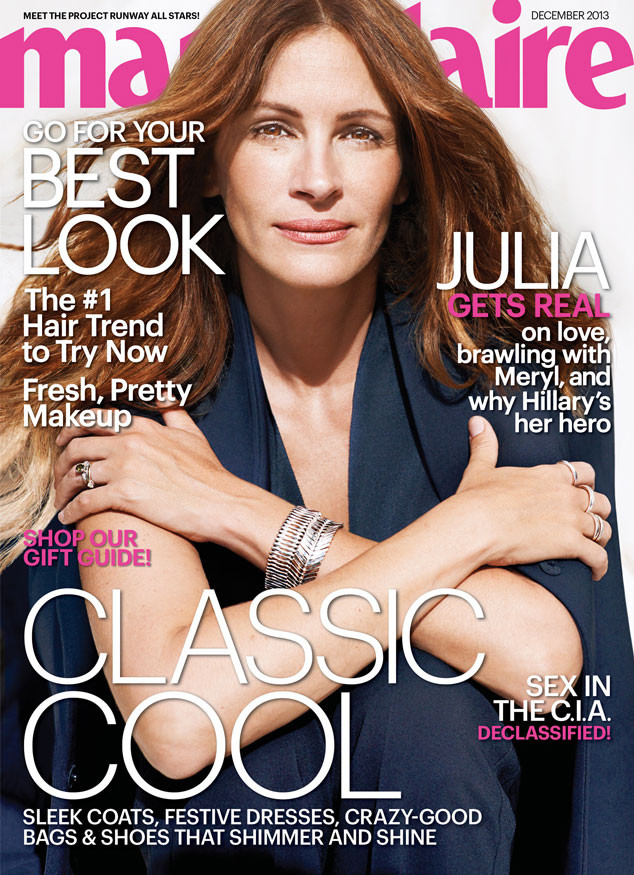 Having been in show business for nearly 30 years, the 46-year-old actress says she no longer sweats the small stuff. In fact, Roberts has learned to embrace the unknown.

"I think the reason I've been able to enjoy my career is that I always knew, for some reason—even when it was about getting a job to pay your bills and stuff—I always knew that it will surface, it will come," she explains. "The things that are correct for me will come to me at the time that I am interested in them and have the capacity, the understanding, to do them."

And though she's been named an early Oscar contender for her role in August: Osage County, Roberts tells Marie Claire she's not as concerned with winning as she once was. That being said, she certainly wouldn't mind picking up a second award!

"Listen, every actor wants to win an Oscar, full stop. It doesn't mean you try to design things around how to accomplish that because that's impossible," she says. "Now that I'm a grown-up person and have things of such greater value to pin my idea of joy and fullness on, if something like that were to happen again, my feeling of thrill would be defined in a completely different way."

TAGS/ Julia Roberts , Magazines , , Top Stories
GET POP CULTURED!
*Email entered incorrectly. Please try again.
By subscribing to our newsletter you agree to the Privacy Policy and Terms of Use
Daily
Weekly