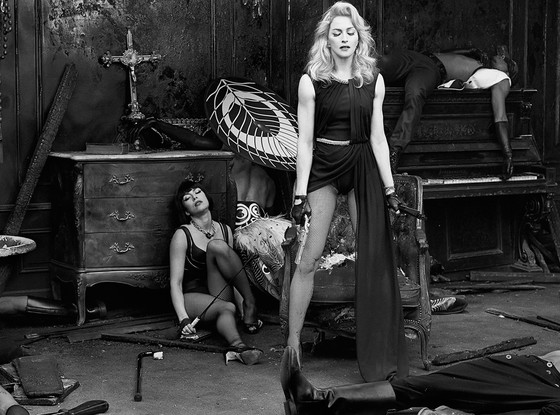 Has she gone too far this time?

Just one day after the deadly Navy Yard shooting in Washington D.C., Madonna revealed a still shot from her upcoming short film which shows her aiming a gun at a body on the floor.

And while the singer is known for constantly pushing the boundaries of decency, she's receiving tons of backlash for her latest stunt.

The upcoming endeavor, which has been dubbed SecretProjectRevolution, is said to be released next week in its entirety.

The scene also shows other bodies strewn around a living room, including one man who appears to be on top of a piano.

NEWS: Madonna puts a gun to her head onstage

Madonna is seen in a pair of fishnet tights, a black leotard and wearing a black leather glove as she clutches the revolver tightly.

The film is codirected by the pop icon herself and famed photographer Steven Klein.

According to the press release, the project is aiming to "further freedom of expression and protect persecution." 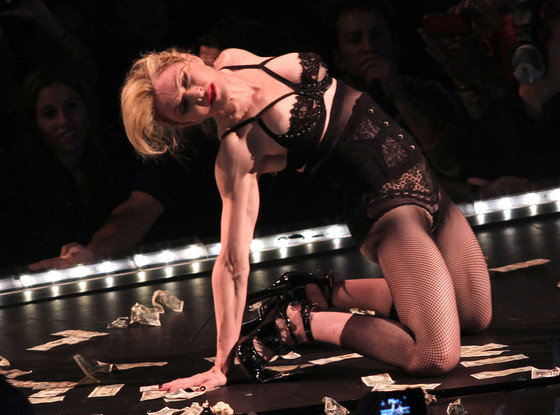 Madonna also said in a statement in the release, "My goal is to show by the example of SecretProjectRevolution my creative commitment to inspire change in the world through artistic expression. I hope my film and other submissions to Art For Freedom will be a call-to-action and give people a place to voice their own creative expression to help fight oppression, intolerance and complacency."

And while some may call it art, others may be left with simply a bad taste in their mouths.

Critics have panned Madge's decision to release a violent and graphic image in general, let alone so soon after the massacre that took place on Monday.

But this isn't the first time that the Queen of Pop has sparked controversy with her use of handheld weapons. 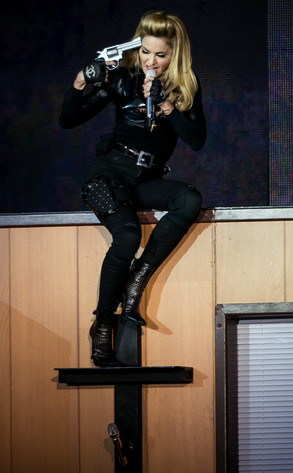 During last year's MDNA tour, she was highly criticized for her use of fake guns throughout the performance.

Concertgoers panned the singer's decision to use fake guns, arguing that she helped in glorifying the use of weapons, after the Sandy Hook school and Colorado movie theater tragedies.

In August of last year, Madonna responded to the criticism through a lengthy letter she called her manifesto.

"My show/Is a journey/The journey of a soul from darkness to light/It is part cinematic musical theater/Part spectacle and sometimes intimate Performance art," the letter began.

"I do not condone violence or the use of guns. Rather they are symbols of wanting to appear strong and wanting to find a way to stop feelings that I find hurtful or damaging. In my case I want to stop the lies and hypocrisy of the church, the intolerance of many narrow minded cultures and societies I have experienced throughout my life and in some cases the pain I have felt from having my heart broken."

TAGS/ Madonna , Controversy , Top Stories , Guns
GET POP CULTURED!
*Email entered incorrectly. Please try again.
By subscribing to our newsletter you agree to the Privacy Policy and Terms of Use
Daily
Weekly