Breaking Bad: Most Shocking Episode Ever? (Until the Finale, No Doubt) 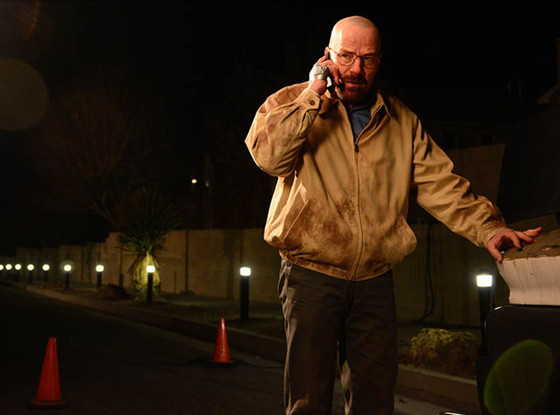 SPOILER WARNING: Clearly, we will be writing about stuff that happened in Sunday night's episode of Breaking Bad. If you don't want to be spoiled, move along and get out of here! If you've watched it or if you get off on getting spoiled, please continue reading.

We'd write a witty opening line here, but our minds are too blown to think of anything besides: holy s--t!

We knew Breaking Bad would put us through the ringer through the last a couple of episodes, but we had no idea how emotionally crippling they would be. Tonight's episode was arguably one of the series' most shocking episodes ever, until the finale, of course. Or until next week's episode. Let's see what happened with Walt (Bryan Cranston) in "Ozymandias":

Goodbye, Hank Schrader: The shootout, as expected, did not end well for our DEA agents. Agent Gomez (Steven Michael Quezada) was first to get killed off, and Walt did everything he could to convince Jack (Michael Bowen) not to kill Hank (Dean Norris). "He's family!" Walt cried. He even offered up his money, all 80 million dollars of it, in exchange for the life of the DEA agent who arrested him mere minutes ago. But Hank knew his number was up, and Jack promptly shot him in the head.

Jesse Is in a Pickle: Walt points out to Jack and the gang that Jesse (Aaron Paul) is hiding out under one of the cars, and they drag him away. But not before Walt tells Jesse how he watched Jane (Krysten Ritter) die. It's clear he blames his former partner for Hank's death. Jack's group takes most of Walt's money, but since they are nice guys, they leave Walt one barrell of cash.

Jesse is beaten and forced to help Todd (Jesse Plemmons) cook, with the incentive of Brock and Andrea's safety hanging over his head.

VIDEO: Breaking Bad mashup: All your favorite moments in one epic trailer 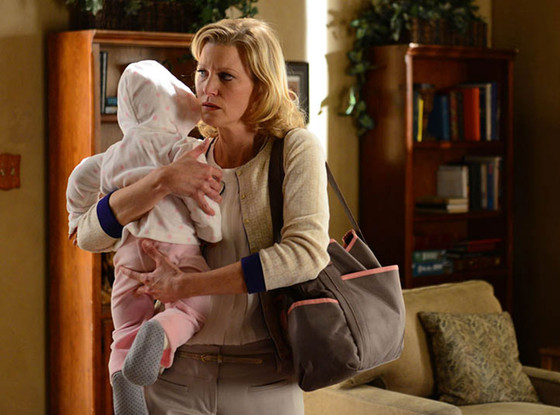 Walter White Disappears: Marie (Betsy Brandt), oblivious to the horrors that happened in the desert, goes to the car wash to tell Skyler (Anna Gunn) that Walt has been captured by Hank and that she must destroy all the copies of the incriminating tape they made and tell Walt Jr. (RJ Mitte) everything. Which she does, and as expected, he loses his mind when he finds out the truth about his parents.

Skyler, Walt Jr. and baby Holly arrive home to find Walt packing up and begging them to do the same. Skyler realizes that Hank is dead, grabs a knife and tells him to get out. Walt refuses, and a wrestling match between Skyler and Walt ensues. Walt Jr. jumps in to save his mom, and Walt, realizing that his family is no longer standing by him, takes Holly and runs.

And just when we were getting seriously worried about baby Holly, Walt calls Skyler right when she's in the middle of reporting everything to the police. While the cops bug the conversation, Walt complains that Skyler never supported him and goes all Heisenberg on her, even lying about killing Hank (while Marie listens in).

But by going on and on about how he did this all alone and without her, he exonerated his wife and put all the blame solely on him. It was one of the very few things he could do to save his family. In tears, Walt leaves Holly at a fire station to be discovered and is last seen being picked up by Saul's (Bob Odenkirk) "disappearing man", on his way to a new life with a new identity.

And exhale, Breaking Bad viewers. What did you think of tonight's episode? Sad to see Hank bite the dust? And are you ready for the final two episodes? Can anyone truly be ready for that?!