Apple Officially Announces iPhone 5S and 5C: Find Out What Your Phone Color Could Say About You 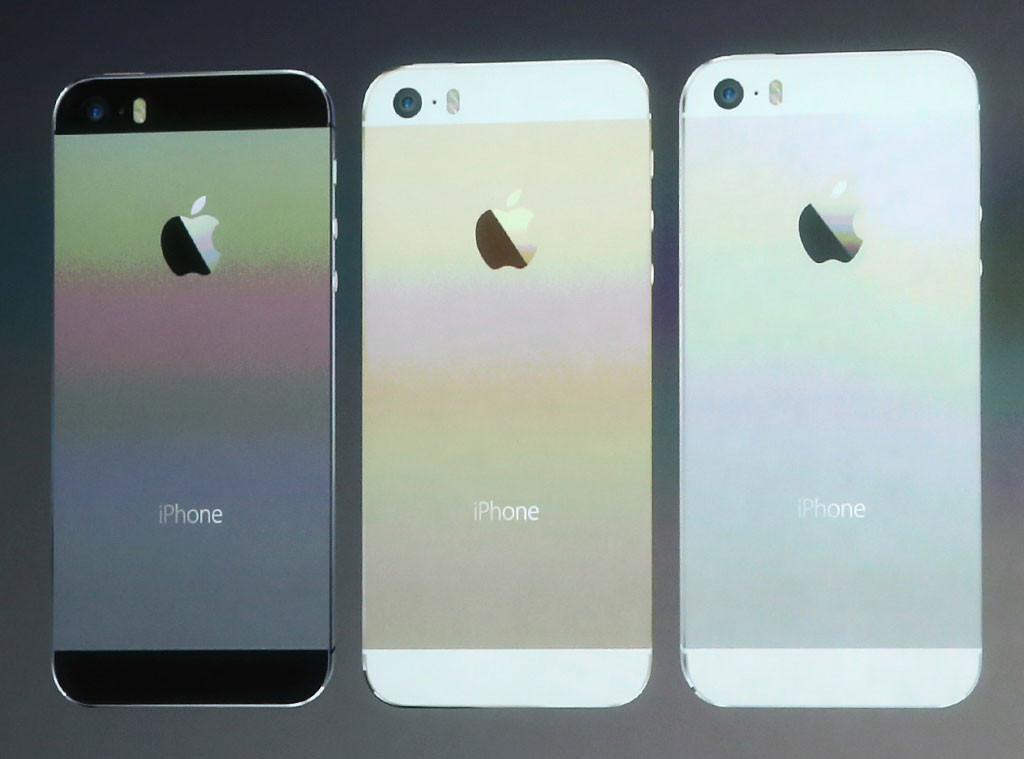 The new era of iPhones has arrived—hopefully you've got an upgrade available.

Today, Apple officially announced that iOS 7, the completely made over software will debut for free on Sept. 18, with two new iPhone models following shortly after: The 5S and the 5C will be available in stores Sept. 20.

As far as the new phones are concerned, the 5S boasts a fingerprint scanner (as rumored) and a better camera, equipped with a high-tech flash ("true tone" dual-LED flash will change the flash depending on your needs) as well as burst and slow motion abilities.

(You're still not able to delete the stocks app, FYI.)

The 5C, on the other hand, is a cheaper plastic model that retails for $99. And it's colored! The phone comes in white, green, blue, red and yellow, while the 5S offers new colors as well: silver, gold and "Space Gray."

Now, we know what you're thinking: What color do I get?! Hopefully this guide will help:

Make sure you download E! Online's fancy app for your iPhone or Android!

"Space Gray": The graphite backing, paired with the black accents, is the darkest color option of the 5S bunch (which is why some have also referred to this option as "slate").

What It Could Mean: Black (the phone is more or less black, let's all agree) is associated with sophistication and elegance, power and authority. A black phone could indicate that you are business savvy or of a higher social class, one that caters to many "black tie" events. It could also mean you loooooove funerals (ancient Egyptians and Romans used black for mourning).

What It Probably Means: You're a businessman.

What It Could Mean: Gold is associated with prestige, often in terms of wealth or affluence. A gold phone could show others that you are rich and have palette fine tuned to luxury. If you're a real life demigod, gold would be a good option too, as Tibetan Buddhists associated gold with divinity.

What It Probably Means: You're a girl. Specifically, a girl who Instagrams brunch and nail art.

What It Could Mean: Gray is the most neutral, unemotional color. A gray phone could show that you are practical and modest or that you're conservative (Republicans, this one's for you!).

What It Probably Means: You don't care what color your phone is. When the Apple store employee asked what color you wanted you said, "Uh, whatever. Just the regular one."

RELATED: Here are some iPhone changes we'd really like to see, Apple What It Could Mean: Yellow is sunshine! Yellow is happiness and cheerfulness and joy! Yellow grabs you're attention. Everything about you grabs others attention, so your phone should too. Your yellow iPhone screams "Look at me!"

What It Probably Means: You own the 5S and the 5C. This is your "just for fun" phone.

What It Probably Means: You broke your 5S and had to get this until you have a free upgrade.

PHOTOS: Check out what iPhone cases your favorite celebs are rocking!

What It Could Mean: For the ancient Romans, red means battle. In China, red is an indication of good luck. But red (and pink) is most often associated with "desire," "love," and "passion." So a red phone could mean you're super sexy.

What It Probably Means: You're a 13-year-old girl and this is your first phone.

What It Could Mean: Blue often denotes loyalty or wisdom. It could mean that you're smart. It is a calming color, often associated with tranquility (like the ocean). It could indicate you're not here for drama. Blue suppresses the appetite. It could mean you're on a diet.

What It Probably Means: You're a 13-year-old boy and this is your first phone.

What It Could Mean: White is often associated with goodness, purity and safety. Ancient Greeks wore white to bed in hopes of having pleasant dreams. White is clean (fact: white iPhones don't show damage as easily as their black counterpart).

What It Probably Means: You're a grown adult who bought the cheap phone.

PHOTOS: Check out some of our other favorite things in pop culture this week!

TAGS/ Top Stories , E! Loves
GET POP CULTURED!
*Email entered incorrectly. Please try again.
By subscribing to our newsletter you agree to the Privacy Policy and Terms of Use
Daily
Weekly