Five Fall Shows We Love: Why Andy Samberg's Brooklyn Nine-Nine Will Make You Laugh Your Pants Off 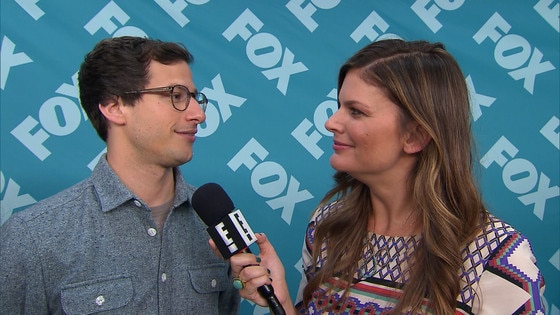 Now Playing
Up Next
Andy Samberg Pantless on "Brooklyn Nine-Nine"

You guys, that new show from the creators of Parks and Recreation? It's actually good!

How crazy is that?!

Oh right, not crazy at all. Because anyone who watches it knows that Parks and Recreation is the best TV comedy on the planet (duh), and based on its first episode, Brooklyn Nine Nine is going to give Parks and Rec a run for its money. And that is saying something.

"When Brooklyn Nine Nine comes out, it's gonna dust Parks and Recreation," Brooklyn star Terry Crews tells me with a ridiculous growl. "We want a death match. Put us in a cage!" And while clearly he's joking, count us in to see Amy Poehler and Brooklyn star Andy Samberg go all Mad Max on each other. Maybe with baby oil. Maybe not. ‘Cause that sounds pervy. What is wrong with you?

Brooklyn Nine Nine, a cop comedy from P-Rex producers Mike Schur and Dan Goor, is, from where we're sitting, the best new TV comedy of the season. And if that doesn't make you want to watch it, here are four more things you need to know: 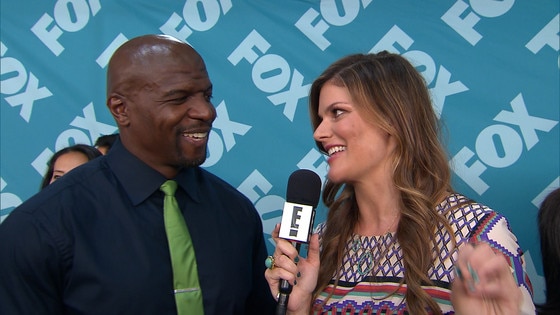 Andy Samberg Did Not Want to Do TV After SNL. Like…At All. And while you may have visions of him being tortured Huck-style (Scandal shout out) in a hole somewhere into submission, Samberg tells me the project was too perfect to ignore—even if he was planning to take a break from TV for a while after eight rewarding but grueling years on Saturday Night Live. "Dan and Mike came to me and said, we want to work with you similarly with how we worked with Amy [Poehler]," Samberg tells me. "Lead of the show and also a producer credit. I said, I'm not really looking for a TV show but I'm going to say yes because it is just too good to turn down."

The Ensemble Cast Is Solid. From Terry Crews (Everybody Hates Chris) to Andre Braugher (heard of him? He won Emmys and stuff) to Parks and Recreation writer Chelsea Peretti to Joe Lo Trujillo to of Reno 911 and Superbad to brand-spanking newcomers Melissa Fumero and Stephanie Beatriz, the cast is a delicious smorgasbord of nutty, ridiculous and yet grounded and heartfelt characters. And the actors? Not a whiff of diva among ‘em. Just legitimately grateful people. Fumero, who plays Andy's love interest Amy, has been in LA less than a year and describes her casting process as this: "When I got that call, I pretty much collapsed into my living room floor. It just doesn't get better than this."

READ: Other stars we want back on TV stat! 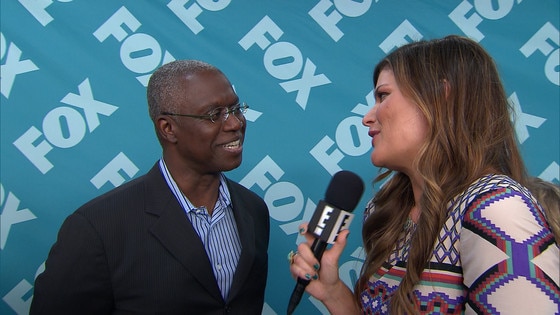 Braugher's Gay Character Is Respectful and Refreshing. As the sublimely intimidating new captain Holt, Braugher brings gravitas to the show, and serves as the first openly gay character in the pilot episode of any of Mike Schur's shows (The Office, Parks and Recreation). "One of my first questions to Dan was, ‘Is this a respectful portrayal or is it ridiculous?'" Braugher tells me. "So once I was convinced that Dan was sane and he enjoys storytelling that is complex and humane, then I can go anywhere with him. The one thing I know is that I won't be embarrassed. Because I'm not remotely interested in promoting offensive stereotypes."

The Premiere Has One of the Best-Ever Pantsless Moments on TV. And yes, it involves Andy Samberg wearing business on top and a banana hammock down yonder. "That was in the producers' contract," Samberg cracks. "They wouldn't work on the show unless I'm pantsless in every episode. I was like, it's a little pervy, but I'll do it. You seem like good guys. I walk around sans pants in my every day life all the time any way." Terry Crews jokes there there's a lot more where that came from. "I spend most of my life shirtless," he tells me, nodding to his alter ego as the Old Spice man. "With Andy being pantsless, we even it all out. The ladies always come dressed. So we bring the T and A. I bring the T, for Terry, and he brings the A, for Andy."

Verdict: Watch. Brooklyn Nine-Nine has all the makings of the next comedy great. We'd hate for you to miss it and get ridiculed in the lunch room.

WATCH NOW: Our interviews wtih the cast of Brooklyn Nine-Nine, and try not to love them!

SPOILERAMA: Get all the scoop on your favorite shows this fall!