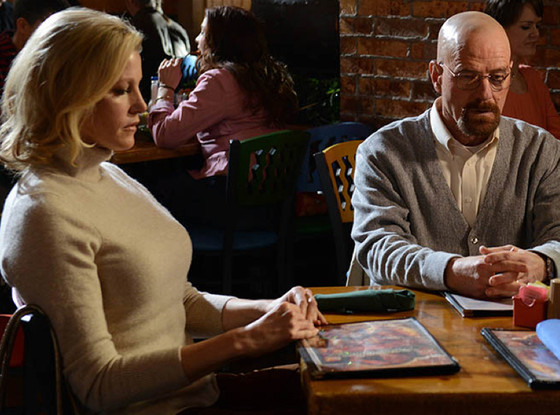 WARNING: There are MAJOR spoilers ahead from Sunday night's all-new episode of Breaking Bad! Read at your own risk.

You'd think that after five seasons of mind-blowing twists and turns that we'd learn to expect the unexpected from Breaking Bad. But, once again, the AMC drama proved that our jaws will be permanently slammed to the floor for the next five Sunday nights.

This week's episode was an hour filled with extremely tense confrontations and unbelievable revelations that made us lose our breath and tear up all at the same time. From Walt's (Bryan Cranston) ingeniously shocking threat to Hank (Dean Norris) to Jesse's (Aaron Paul) complete and total meltdown, "Confessions" was definitely a can't-miss episode.

In an attempt to lure Junior (RJ Mitte) out of the deceptive clutches of his aunt Marie (Besty Brandt), Walt decided to come clean with his son about his cancer's return. To further his diabolical plan to stay out of Hank's wildly accurate accusations, Walt and Skylar (Anna Gunn) met up with Hank and Marie at an annoyingly festive Mexican restaurant for a little family dinner and light conversation.

After firmly requesting that Hank and Marie leave their children alone, Walt turned to leave, but first he gave his brother-in-law a very special gift: his video confession. Don't be alarmed, Team Walt fans! We said he gave Hank a confession, but we didn't say it was a truthful one.

Our antihero devised an Academy Award-worthy tale admitting that he has indeed been cooking meth for the past year, but (and here's the kicker!) he was only doing so under Hank's threatening orders. Walt even cited that he was forced to pay Hank's staggering $177,000 medical bill. Not only is that last detail true, it's also a clever little wrench in the works that could lead doubters to believe Walt's well-thought-out web of lies.

VIDEO: Breaking Bad mashup: All your favorite moments in one epic trailer 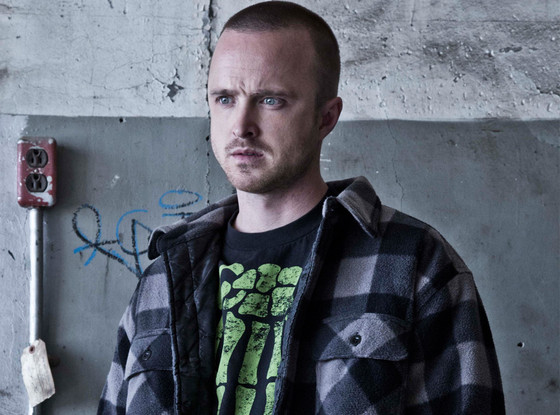 Over in the world of Jesse Pinkman, Saul guided our troubled character out of the police's clutches and straight into the middle of the desert for a little faux father/son powwow. Walt told Jesse a perfectly crafted story suggesting that his former partner start a fresh new life somewhere far away from Albuquerque.

Jesse quickly saw through Walt's attempts to get him to skip town, but our distraught druggie realized that a new life, particularly in Alaska, could be exactly what he needs. While waiting for his date with the man who specializes in creating new identities, Jesse realized that Huelle stole his pot away from him.

In a flash, Jesse realized that this is not the first time one of Saul's men has stolen from him, and in a fit of rage, Jesse abusively confronts Saul about the ricin cigarette. Saul confessed, "I'm sorry. Yes, OK. I had Huell lift your cigarette, but Walt made me. He told me he was helping you. He was saving you. I never would have agreed to it if I knew what he was going to do. Jesse, you've got to believe me. I never wanted any of this."

So what's an outraged Jesse to do now that he knows the truth about his manipulative partner? Douse Walt's house with gasoline of course! Looks like next week's episode is going to be even more explosive than usual.