Katherine Heigl's TV Return: 6 Other Stars We Want Back on the Small Screen 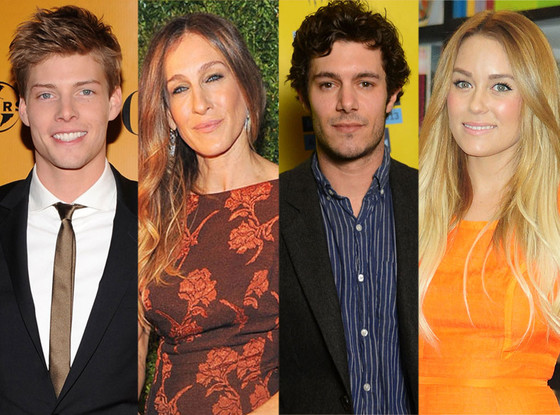 Katherine Heigl is reportedly thinking about making a comeback to television, which is great for people who missed her as Izzie Stevens on Grey's Anatomy. Sometimes the best gift the small screen gives us is allowing for our favorite stars to make a comeback long after (or not so long after) they depart their series.

Which got us thinking...who else are we dying to see return to TV? We came up with six top picks, though we could probably go on and on and on for hours and hours. From The O.C. to Sex and the City, here are the folks we hope to see come back to television—stat:

READ: Stars we're excited are coming back to TV this fall!

Yes, we just borrowed a quote from your iconic character Seth Cohen to express to you just how much we want you to come back to TV, Adam. We're that desperate. But seriously, come back. We'd even let you return in a completely dark and sinister role if you don't feel like drawing comparisons to your geek-chic hero on The O.C.

2. Kristin Chenoweth Okay fine, so maybe we're a little biased towards those with incredible singing skills, but if there's one person who was made for the wacky, addictive world of television, it's Kristin Chenoweth. When she isn't off winning Tonys and being practically perfect in every way, she graced our TV screens in the cult-classic-but-short-lived series Pushing Daisies. She also has popped in and out of Glee sprinkling little musical snacks for us along the way, but we know she needs a permanent place in our weekly TV lineup.

3. Hugh Laurie: Remember the time the British actor was able to make a mean, drug-addicted doctor lovable? Us, too. When House hung up its stethoscope for good, we lost one of our favorite anti-heroes of all time: Dr. Gregory House. And now that we know he can do everything from drama to dancing with Stephen Colbert, his return is not just wanted, it's needed.

4. Lauren Conrad: Maybe this is our nostalgia talking after the release of The Hills' alternate ending, which features our heroine returning in all her glory for the series' final scene, but we really miss our weekly TV dose of Lauren. Sure, she has basically become the human version of Pinterest and the heir to Martha Stewart's DIY throne, as well as an established fashion designer, but, like, can't she do that all on TV?! Oh wait, she tried and MTV shot her down because her new series was "too brainy." WE WANT TO FORGIVE YOU AND WE WANT TO FORGET YOU, MTV!

READ: Here's everything you need to know about fall TV!

5. Hunter Parrish: For eight years we watched as Hunter Parrish transitioned on Weeds from a doe-eyed preteen to a chiseled scene-stealing alpha male, and to put it simply: We miss him. We miss his effortless charm and charisma, and perhaps we kind of miss all of those shirtless scenes too. Oh, and let's not forget that he has the voice of a freaking angel! Don't believe us? Take a listen to his rendition of the Weeds theme song, Little Boxes, and we dare you not to swoon. Go on, try it! And despite how it may seem, we're not just pushing for him because his strong jaw and golden locks make him look like a real-life Hercules. That's just an incredible bonus.

6. Sarah Jessica Parker: Her appearance on Glee did nothing to placate our addiction to the one and only Carrie Bradshaw; we only wanted more of fabulous SJP. Now that she's moved on from the Sex and the City franchise, we think she can safely come back to her true home as any other character she wants. Because no matter what part she takes, you know she'll make it her own in both style and persona. Plus, we miss her adorable laugh-scream, like when she saw the Eiffel Tower in Paris for the first time.

Who else do you want back on TV? Seth Cohen thanks you for your time:

PHOTOS: Check out the new shows coming to TV in the fall!