The O.C. 10th Anniversary: The 10 Best Things the Fox Series Gave Us, Including Bagels and Bromance 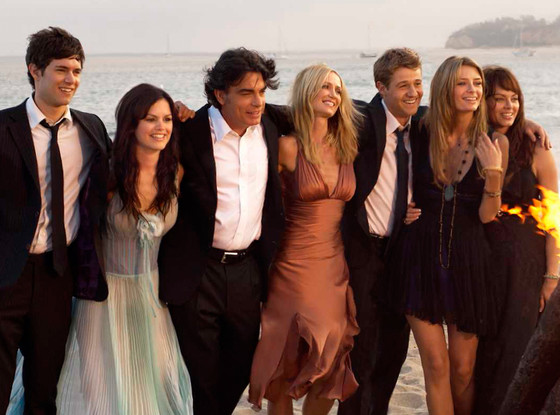 Put on your white muscle tanks, start toasting a bagel and pop in your Death Cab for Cutie CD, 'cause nostalgia, here we come! Josh Schwartz's Fox teen drama about a public defender with a yuppie wife who took a chance on a smart kid from Chino who stole a car, debuted on Aug. 5, 2003, exactly 10 years ago. Fights on the beach went down, eyes were locked, epic romances were started and a pop culture phenomenon began.

Aside from introducing the world to Seth (Adam Brody), the geek; Ryan (Ben McKenzie), the outsider; Marissa (Mischa Barton), the poor little rich girl; Summer (Rachel Bilson), the BFF with surprising brains; and more, The O.C., no joke, changed our lives. We were 14 and we were goners from the minute the Phantom Planet theme song kicked in.

Dramatic? Yes. Truthful? Again, yes. Rolling your eyes? Then, to quote Marissa, what are you doing here? To celebrate and honor its 10th anniversary, here are 10 things The O.C. gave us…

10. Meta Madness: The O.C. was like the Scream of teen TV dramas in that it was self-aware and yet took itself seriously at the same time. Summer was obsessed with The Valley, a TV series about California youths that even had its own reality counterpart (we'll get to that in a minute), and Atomic County, a comic Seth created that often poked fun. It was self-parody at its finest.

9. Cool Carbs: The sixth member of the Cohen family? Bagels, which found a permanent residence in the family kitchen throughout the series for a few reasons. 1. Bagels are delicious. 2. They are quick and easy. 3. Kirsten (Kelly Rowan) does not cook. And no one, we repeat no one, could schmear one like Sandy Cohen (Peter Gallagher), TV's coolest dad.

PHOTOS: Find out what the stars of The O.C. are up to now!

7. Paul Wesley, Beach-Gangster Style: Before he was the broody vampire Stefan on The Vampire Diaries, Wesley was Donnie, aka the angry Crab Shack bus boy from Corona who ended up shooting Luke (Chris Carmack), aka "Abercrombie and B-tch." If you haven't seen the pure genius of Wesley's turn on The O.C., "What up girl, you don't like to dance?," get thyself to Youtube immediately. 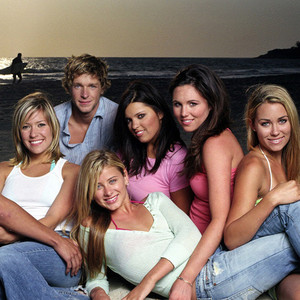 6. Laguna Beach: People often forget the MTV reality hit's subtitle "The Real Orange County," but oh no, we never did. Without The O.C.'s fictional portrayal of teen angst in Southern California, we never would have been blessed with the "real" drama of Lauren Conrad, Kristin Cavallari and Co. (Remember when L.C. and Lo Bosworth watched The O.C. in an episode of LB? So meta!)

5. Style Inspiration: From Ryan's signature white wife-beater, leather wristcuff and hoodie to Seth's graphic T-shirts to season three's infamous "Save Marissa" shirts (we totally own one, by the way!), The O.C.'s influence extended from its viewers TV (and computer) screens to their closets.

PHOTOS: Check out what the stars of 7th Heaven are up to now

4.The Rise of Geek Chic: OK, truth time: As a high-schooler watching The O.C., there was no boy, real or fictional, that could compete with Seth Cohen, a walking one-liner who spoke fast and furiously, doling out pop culture references and witticisms faster than Ryan could throw a punch.

With his vast collection of ironic T-shirts, great taste in music (Death Cab for Cutie! Interpol! The Shins!) and his obsession with comic books, Seth Cohen, a superhero in a fair isle sweater, made it cool to be a nerd. Thank you, good sir.

3. One of the Most Iconic Lines Ever: We're 95 percent sure "Welcome to The O.C., b-tch!" will be written on creator Josh Schwartz's tombstone. And why not? It. Was. Awesome.

PHOTOS: Find out what the cast of Veronica Mars is up to now!

2. The Miracle of Chrismukkah: What other show has given us a new holiday?! None, that's how many. (We actually don't know this for sure, but come on, we never said we were scientists.) 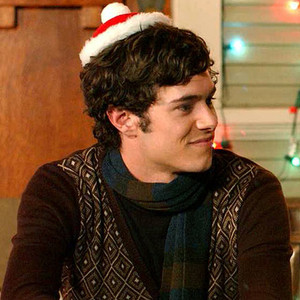 Merging his two parents' faiths, Seth "created" Chrismukkah when he was 6 to draw "on the best that Christianity and Judaism have to offer." And to lead to four of the series' best episodes ever…and the invention of the "yamaclaus," the only good thing that came out of the Lindsay storyline in season two. Sorry, girl, but you know it's true.

1. TV's Best Bromance: Oh, you don't think Ryan and Seth make up the best small-screen bromance of all-time? Let this exchange from the series finale illuminate just how wrong you are.

Seth: "At least I leave you funnier than when I found you."
Ryan: "I'm a lot better off than when you found me."
Seth: "Me too."

Excuse us while we feel all the feelings.

It's time to take this lovefest to the comments, shall we? Head on down and tell us what you loved most about The O.C.!

PHOTOS: The O.C.: Where Are They Now?