Amber Heard Talks Dating Johnny Depp, Wants to Keep Her Personal Life Private: "I Don't Want to Be a Celebrity" 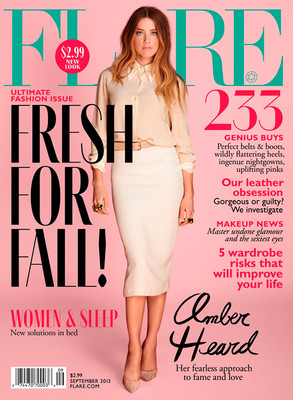 Amber Heard may be dating one of Hollywood's hottest stars, but the blond beauty insists she wants to keep her personal life private.

Johnny Depp's ladylove graces the cover of Flare magazine's September issue, in which she stays mum on her relationship with the Pirates of the Caribbean star while opening up about her desire to maintain her privacy in a celebrity-obsessed world.

"It's not part of my professional life. I want to be an artist. I don't want to be a celebrity," she says of her much buzzed-about relationship with the A-list actor, whom she met on the set of The Rum Diary in 2010 (Heard played Depp's love interest in the flick).

She continued, explaining how she doesn't want the public to have a vested interest in her personal life, "You can find pictures of me [on the Internet] pumping gas, picking up dry cleaning, walking my dog, but nowhere are you going to find pictures of me hanging around at some nightclub."

While Heard's feelings are understandable, the Informers star is dating one of the world's most famous actors, and their romance has become the subject of intense public scrutiny, particularly since the two began dating after Depp split with his partner of 14 years, Vanessa Paradis . The former couple has two children together, 14-year-old Lily-Rose and 11-year-old Jack.

Although Heard and Depp began seeing each other after the longtime partners broke up in 2012, their romance had a bit of a rocky start, but they've been seemingly going strong since springtime. 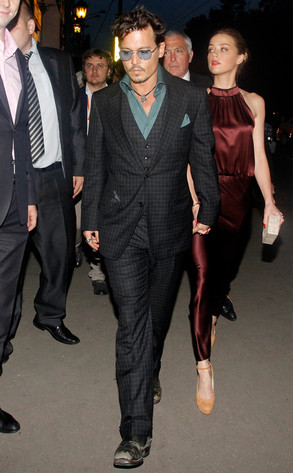 The actress recently accompanied Johnny on his Lone Ranger press tour, and the two were spotted showing off some subtle PDA in Moscow, where they were snapped holding hands while heading to dinner. Amber was also photographed hanging with Depp's children in Tokyo—the first time she's been seen with Johnny's kids since coupling up with the hunky star.

Despite the ever-prying paps, the actress says she's not willing to alter her lifestyle in order to avoid attention.

"I guess I could not hold hands with who I want to, but what kind of life would that be?" she says. "I don't want to change just because people are watching. I've always been the person who says what she wants."

PHOTO: Johnny Depp and Amber Heard have a flirty night out in Hollywood

Another relationship Heard is unwilling to discuss? Her four-year romance with photographer Tasya van Ree, whom she dated before Depp.

"It is so strange to me that everyone cares," she says when asked whether she still identifies as bisexual. "Maybe you like blondes now, but maybe you'll be into a brunette in the future. I just don't understand this idea that we have to choose one or the other."