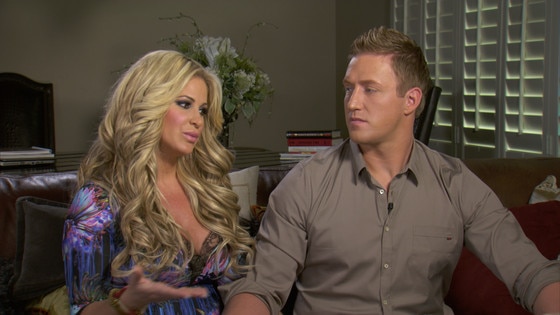 It's not easy being a dad, and no one knows this better than Kroy Biermann.

And now, after nearly three years together, the Real Housewives of Atlanta star is pregnant with the pair's fifth child, and the expectant parents sat down with E! News to dish on their loving relationship as well as their wonderful (and hectic!) family life. 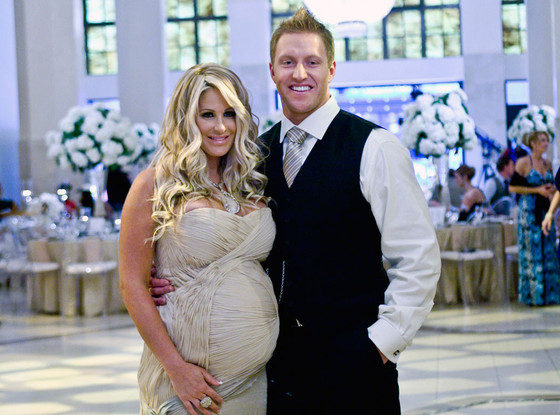 While Kim admits she was immediatelly attracted to her hunky hubby's appearance, the blond beauty says she wasn't looking for a relationship when the two first crossed paths.

"He was just so sweet. When I saw his butt, I have never in my life seen a butt like that," Kim confesses, shamelessly confirming she calls her man "tightass." "But again I didn't really think anything. I just thought, ‘Wow he's got a really cute butt and a million-dollar smile.' I love big wide smiles. His energy was great, but 'OK, I'm filming, I'm working, I gotta go' and that was my mindset."

The 35-year-old star also says she had come to terms with never marrying again and was entirely content with her two girls when she met Kroy at a charity event.

PHOTO: Take a look at Kim and Kroy's wedding pic 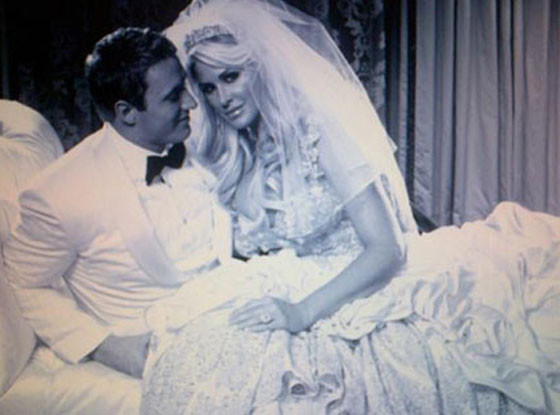 "I wasn't really looking for a relationship. I had my daughters, and so if I never got married and didn't have any more kids I was kind of OK," she says. "It wasn't like I was out there going, ‘Oh my god, my time clock's ticking, I gotta have children and I gotta do this.' I didn't have that."

"My daughters are very smart…I didn't bring everyone around them," the pregnant star explains. "I didn't date a whole lot of people. The relationships I had were long-term, but sometimes my daughters would notice that the person I was dating, they were doing things to kind of win my daughters' over to get to the mom—it wasn't genuine. And my girls can see right through that crap. So with Kroy, it was just real…It worked from the very very beginning."

Too sweet! So why did Kroy decide to adopt Kim's two girls?

PHOTOS: Find out what your favorite Real Housewives are up to now

"In order to keep balance you have to have priorities," Biermann explains. "Our careers are our priorities, our kids, our health, our happiness…Before Kim and before the girls and before the boys, I lived a pretty regimented life. I'd wake up, eat breakfast, go to work, come home…it was pretty normal. Now, my house isn't going to be as clean as it was before, but it's not important. Those things are not important and it's all about prioritizing and understanding."

And while Kim couldn't be happier that her girls now have a permanent father figure, the proud mama admits she's not sure if she could step in to Kroy's shoes.

We're sure the couple's four (and soon to be five!) kids feel lucky to have two loving parents.