Despicable Me 2: 5 Things to Know About the Spy vs. Spy Flick 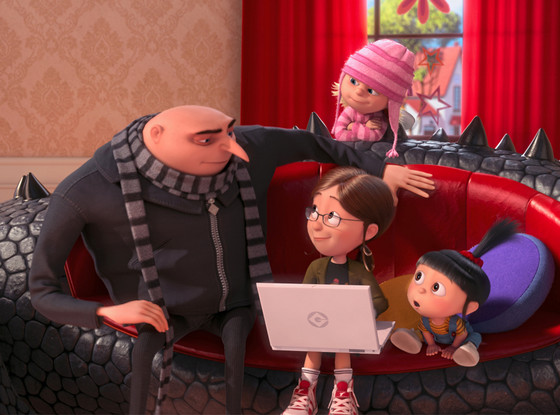 The manic Minions are back!

A Despicable Me sequel was a no-brainer, considering the 2010 release grossed more than $540 million and became the 10th biggest animated film in U.S. history.

NEWS: See what the critics had to say about Despicable Me 2 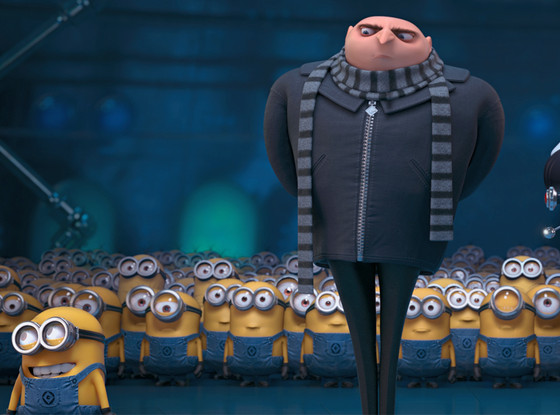 Steve Carell returns as oddly accented, follically challenged Gru, who has abandoned his super-villain image to play suburban dad to three orphan girls. But then Gru gets recruited by the Anti-Villain League (AVL) to help capture a nefarious new criminal. Partnering with AVL agent Lucy Wilde (Kristen Wiig), Gru sets up a stakeout at the local mall and struggles to balance this top-secret job with his role as father.

Ready to be debriefed on more covert DM2 facts? Keep reading (but then we'll have to kill you):

Steve Carell Is the New Will Smith: Only a few years back, superstar Smith ruled the July 4th weekend at the box office, with mega-hits like Independence Day, Men in Black, and Men in Black 2. But oh how things have changed (cough, cough…After Earth…). Now Carell is having a banner holiday weekend with two movies opening—Despicable Me 2 and the indie comedy The Way, Way Back, a bittersweet coming-of-age tale that should earn some love from blockbuster-weary audiences. Wiiging Out With Weaponry: Funnylady Kristen Wiig also returns for this second go-round, though as a different character. The filmmakers were so impressed with Wiig's performance as Miss Hattie, the orphanage matron in the first film, that they offered her the plum part of Special Agent Lucy Wilde. This overeager operative packs lots of nifty gadgets, including a lipstick taser, moose tranquilizer darts and an epoxy-shooting bracelet that can stop an attacking chicken. You never know when you might need that. 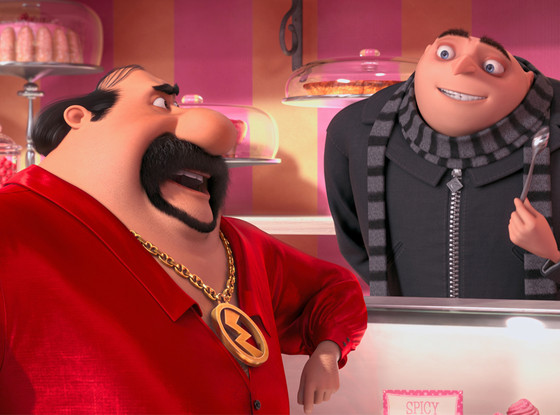 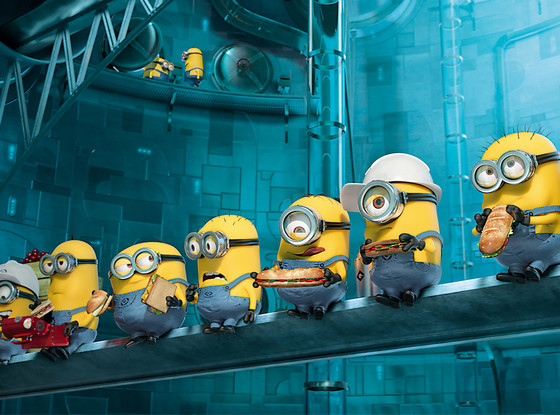 Say What? Deciphering Minion-Speak: As in the first film, the gibbering, googly-eyed Minions provide the biggest laughs. But before these Twinkie-shaped henchmen became the characters we know and love, the filmmakers struggled with how the little guys should communicate. Their initial vocals weren't working, so director Pierre Coffin stepped into the recording booth and did some off-the-cuff riffs that became the Minions' "language," a nonsensical mix of Indian, French, English, Spanish and Italian.

World War Minion: The villain's master plan—and DM2's best plot device—involves using the Minions as an army of mindless eating machines. His special serum transforms the cute yellow guys into purple, wild-haired beasties. You might think the filmmakers were inspired by Gremlins or any zombie flick, but they credit the Looney Tunes cartoon Hyde and Go Tweet, in which Tweety Bird drinks a Jekyll-and-Hyde formula and becomes a big, hairy monster. These malevolent Minions are a stroke of evil genius!

PHOTOS: Check out our guide to this summer's hottest action flicks!