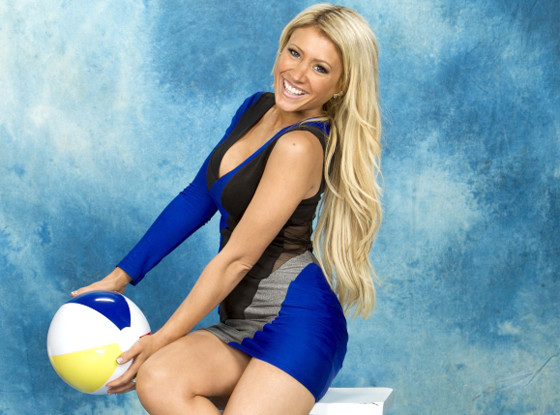 You can't quit your day job when you're fired from it.

Big Brother contestant GinaMarie Zimmerman has been canned from her job as pageant coordinator for East Coast USA Pageant, Inc. after the company witnessed her use of racial slurs, specifically the N-word, on the reality series live feed on CBS.com. Zimmerman had been employed there for the past five years, but East Coast USA Pageant decided to drop her after they were "left in disbelief and shock" that the Big Brother contestant displayed "acts of hate and racism."

"The East Coast USA Pageant is an outlet for girls and women to gain self-confidence announce their platform and most importantly celebrate who they are. We believe and teach our contestants that beauty comes from within. We celebrate the diversity of our participants as all ethnicities are beautiful. We have never known this side of Ginamarie or have ever witnessed such acts of racism in the past," Lauren Handler, the National Director and CEO East Coast USA Pageant, says in a statement.

"We are actually thankful that this show let us see Ginamarie for who she truly is as we would never want her to be a role model to our future contestants. It is unfortunate that her hateful words were able to be witnessed by so many thousands of Big Brother fans as they were rightfully so deeply offended. We are unable to contact her at this time but when she returns from the Big Brother house we will be terminating her employment for her unforgivable behavior. In a business where we are surrounded by beauty every day we are saddened to see something so ugly come from someone we put on a very high pedestal."

Unfortunately, this is not the first incident of hateful language on this season of Big Brother. Aaryn Gries, 22,  also made racial and homophobic comments on the live feed, such as telling an Asian contestant to "shut up and go make some rice" and referring to a gay contestant as a "queer." Gries was dropped by her modeling agency, Zephyr Talent, earlier today after her actions on the show went viral.

"Aaryn, season 15 cast member of Big Brother, revealed prejudices and other beliefs that we do not condone," reads the statement by Zephyr Talent. "Upon much consideration, we have decided to release Aaryn from her contract with Zephyr Talent."

CBS has addressed the recent use of racial and homophobic slurs on this season of Big Brother, insisting that the network does not condone such behavior. "Big Brother is a reality show about watching a group of people who have no privacy 24/7—and seeing every moment of their lives," the network said in a statement. "At times, the houseguests reveal prejudices and other beliefs that we do not condone."