Lost's Josh Holloway Reveals Why He Returned to TV in Intelligence: "I Wanted to Be James Bond!" 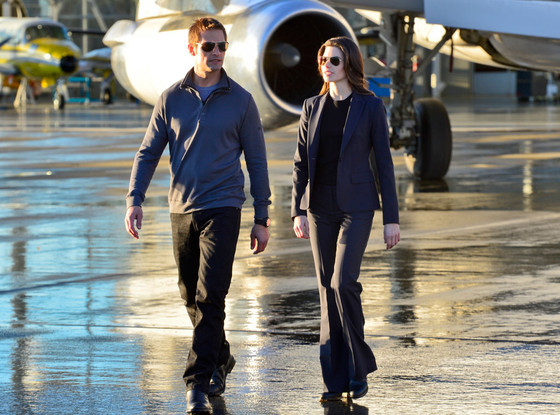 Happy National Josh Holloway Comes Back to TV Day, y'all!

Yes, it's true: The handsome Lost star is finally gifting us with his presence in our livings room on a weekly basis, thanks to his new gig headlining CBS' epic-sounding drama Intelligence and we were lucky enough to chat with Holloway and his new-costars CSI's Marg Helgenberger and Once Upon a Time's Meghan Ory on the red carpet at the network's upfront presentation in New York City.

Our first question for Holloway: What took so dang long?!

VIDEO:  Sarah Michelle Gellar reveals whether or not she'll ever guest star on Joss Whedon's Agents of S.H.IE.L.D. 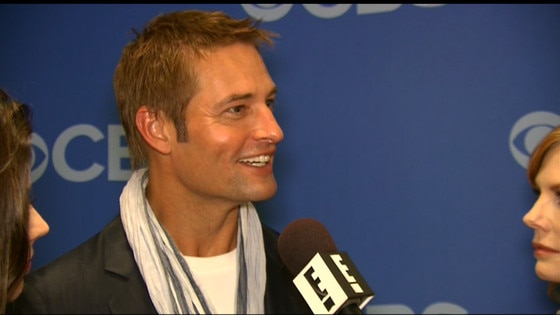 Now Playing
Up Next
Josh Holloway No Longer "Lost" On TV

"'Cause I'm lazy," he says before laughing hysterically. "That's partially true. No, I wanted to do some movies and experience that world, so I did. And I have three coming out this year, so that's pretty fun. I really wanted to enjoy this precious time with my daughter. She's four years old, so I figured now's the time to spend time with her. And it's a lot. Six years on a show is a lot and I was ready for a little change, a little breath, a little something different. Now I'm ready and I'm ready to get back to work!"

In the new drama, Holloway plays an agent with a microchip implanted in his brain that allows him to access the entire electromagnetic spectrum. So yeah, just call him the Anti-Sawyer!

"I definitely wanted to do something other than that character and this was also something I grew up loving. I grew up with three brothers and we always played spy and sneak and all these games. I grew up wanting to be James Bond or a Mission: Impossible agent," he explains of what drew him to the role. "I was like this is a no-brainer and also it's just a skill set I haven't gotten to use a lot. I've done martial arts for years and I have a good bit of experience with weapons and so forth...I did it on Mission: Impossible for like a blip. [Laughs.]  It just naturally attracted me and I thought  the script was really smart and current."

WATCH: Check out all the trailers for CBS' new shows!

But he isn't the only beloved actor on the cast returning to TV as Helgenberger is coming back after leaving CSI a few seasons ago. "I loved the script, I  thought it was incredibly smart," she explains of her decision.

And Once Upon a Time fans will be happy to hear that Ory hopes to return as Red Riding Hood on the ABC fantasy it. There's talk that I have not disappeared forever, so I think they are going to try and work a little something out as I hope they do," she tells us.

To hear more from the cast of Intelligence, watch our interview with them above!