The Bachelor Finale: Did Sean Lowe Propose to Catherine or Lindsay? 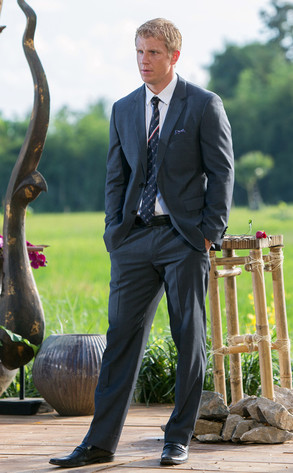 The time has come—who did Sean Lowe propose to?!

Before we get to that, tonight's Bachelor finale took us on a whirlwind of emotion, beginning with a quick swoon over Lowe, who greeted his family as they arrived to Chaing Rai, Thailand to meet Catherine and Lindsay.

First of all, his niece and nephew (who are both adorable by the way) were so sweet as they ran up to see Uncle Seany, and then remind him that Emily Maynard didn't pick him...too funny!

And then it was time to meet lady No. 1—Catherine.

Although a little nervous (but who wouldn't be?!), Catherine held her own while meeting Sean's parents, sister, brother-in-law and niece and nephew. The conversation seemed promising, and Catherine put Sean's mother's worry about a lack of passion to ease when she told her about secret notes they'd pass to each other throughout this season. Oh, what?!

Catherine reassured her that she was definitely in love with Sean and is on board if a proposal was to come her way. Then she met with his father, who instantly brought us to tears when he told her, "If it's you that Sean ends up marrying, you will never have a bigger fan than me, and that's the truth. I'll love you like my daughter."

Knowing the rough relationship she has with her father, Catherine got choked up alongside Sean's dad (and us), giving viewers a truly beautiful moment.

Rumored Bachelorette Desiree spotted in L.A. with a camera crew

But just as we started imagining Catherine as part of the Lowe family, we remembered that there's also Lindsay.

Their time with Lindsay was full of laughs and tears, because apparently Sean's dad is an expert at making people cry. He told Lindsay that since the day Sean was born, he and his wife would pray for their son's wife. She got teary-eyed and then it was time to grab another Kleenex.

With two amazing visits from prospective daughter-in-laws, Sean's family realized very quickly how tough his decision would be, and that made his mother cry a bit because it's such a huge deal. 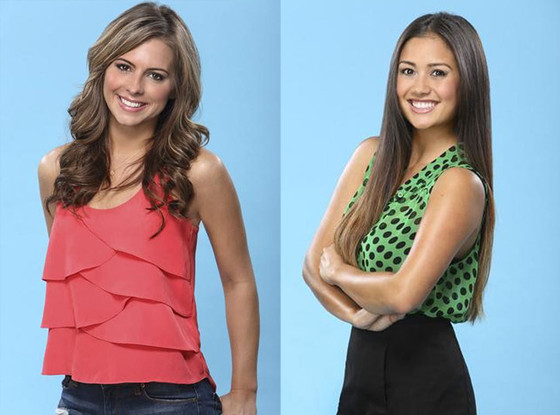 Sean had a date with each lady before the big final rose ceremony, and they went just as you'd imagine.

Lindsay joined Sean for a little touristy boat ride and romantic dinner, and ended the night lighting lanterns with a wish and sending them off.

Meanwhile, Catherine and Sean rode on an elephant and then followed up with a little bubbly, but things turned around very quickly. Catherine let her guard down and explained to Sean that it's hard for her to show her feelings, but that she does care about him, and while saying goodbye, she said I love you.

Unfortunately, he didn't give her the response she needed (but it's not like he can say it back!) and that caused her to get emotional and start doubting whether it was going to work with him or not.

The emotions finally caught up with Sean, who began to cry leading up to the final rose ceremony and a possible proposal. He wasn't looking forward to saying goodbye, and when the first car pulled up, it was Lindsay who came out, and she was so sure it was going to be her.

The moment Sean showed hesitation, her face fell and tears from both of them began. "I honestly can't imagine my life without you and that's something I'm gonna have to figure out," she told him.

And then, the letter. Chris Harrison handed Sean a letter that we've all seen in the commercial and wondered what was going on. Sure enough, it was from Catherine, but it wasn't what you might have thought.

Like she told his mother, they would pass notes before, and this was her final love note before finding out her fate, which was ultimately to become his wife. Yep, he proposed to Catherine with that huge Neil Lane sparkler and she said yes.

During After the Final Rose, Sean and Catherine, happy as can be, announced that they will be getting married "soon" (but no date has been set), and that their wedding will be broadcasted on TV!

Do you agree with Sean's decision? Sound off in the comments!

Find out where the former Bachelorettes are now!

TAGS/ The Bachelor , TV , Engagements , , Recaps , Top Stories
GET POP CULTURED!
*Email entered incorrectly. Please try again.
By subscribing to our newsletter you agree to the Privacy Policy and Terms of Use
Daily
Weekly