Spoiler Chat: Scoop on Once Upon a Time, Nashville, Arrow, Smash and More! 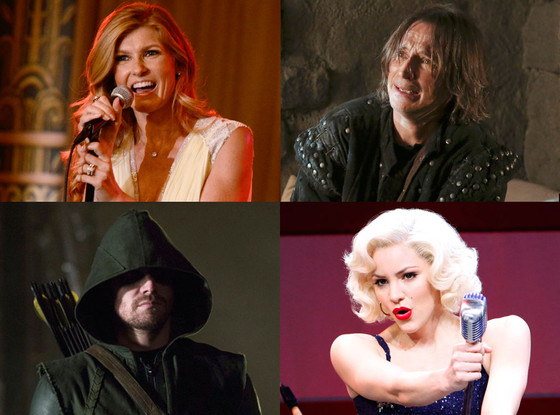 Once Upon a Time is heading to Manhattan!

In today's Spoiler Chat, we've got scoop on what you can expect from Emma, Gold and Henry's road trip to the Big Apple to find Gold's long-lost son and the emotional reveals that pop up along the way. Also included are spoilers on Nashville's upcoming guest star who will be spending quality time with Rayna, two big dates on Arrow and what's next for a fan favorite Smash couple.

Plus, we've got juicy scoop on How I Met Your Mother, Happy Endings and more...

Kristina: Loving the new season of Smash, what's coming up for my new favorite couple Karen-Jimmy?
It's going to be a roller-coaster ride, to say the least. But let's just say that those two will have more than one label by the middle of the season. And one of those labels will be costars.

Vote in the final round of our Top TV Couple tournament!

Becca: Keep the How I Met Your Mother scoop coming…you are legendary!
For anyone doubting the love Barney has for Robin, be prepared to feel awfully bad for being a negative nelly. Barney is selling his bachelor pad! Of course, he won't let go of the "fortress of Barnitude" that easily, especially when some of the prospective buyers would overhaul everything about his place. But where will the life-size stormtrooper live?!

Amy in Ohio: Is Rayna headed for a breakdown on Nashville?
Possibly. But maybe Katie Couric will help pull her out of it. Or Rayna will appear on Couric's talk show to try and fix her image after her breakdown. Either way, the real Katie Couric is appear on an upcoming episode to speak with Rayna. The storyline that leads to the interview is too good to spoil.

Ethan: So excited Arrow was renewed for season two! Got any scoop to help me celebrate?
China White will be returning next week! Yes, Kelly Hu returns after Oliver's mother, Moira, requires China's skills for a certain task. It may or may not involve murder. Don't worry; it's not all murder attempts as Oliver will find time to go on a date, as does Diggle! 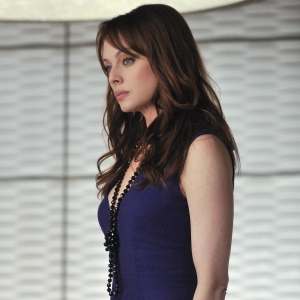 TigerLily2736: What's going on with Once Upon a Time?! It's been two weeks with no new episodes! Please tell me anything you might now!
Mr. Gold is finally cashing in his favor! Yep, Emma must finally do a solid for Gold and let's just say fans might be a bit disappointed at first when it's revealed after such a long wait. Not disappointing? The bounty of emotional reveals the favor leads to. Have tissues on hand.

Caitlin: Any Nikita scoop?
It's time for some backstory on Amanda! Episode 18 will tell us more about Amanda's past and we suggest viewers rewatch season two's "Power" before tuning in as the flashback to Nikita and Amanda's first meeting  will play into the episode.

Trent: Max on Happy Endings is my spirit animal, so I need scoop on his life.
Max with steady employment? Does that seem possible? It might, because in an upcoming episode Max gets hired at a super glamorous job where the paycheck is huge! Just kidding, he gets a job at a grocery store. But his new place or work that doesn't involve an old limo is all part of the gang's plan to change Max for the better. So if you love Max the way he is now, you might not like what happens in future episodes.

Catch up on all the TV gossip with our Watercooler gallery

TAGS/ TV , Top Stories , Watch With Kristin , Exclusives , Spoiler Chat
GET POP CULTURED!
*Email entered incorrectly. Please try again.
By subscribing to our newsletter you agree to the Privacy Policy and Terms of Use
Daily
Weekly