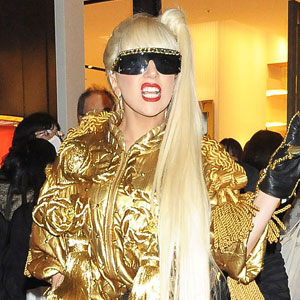 If Lady Gaga had written a song about her former personal assistant, it could have been "Judas."

Because betrayal is what likely came to mind when the pop superstar was forced to sit for a deposition in a lawsuit Jennifer O'Neill filed against her erstwhile boss accusing Gaga of failing to compensate her for $393,000 in overtime and seeking that amount plus damages.

In court records obtained by the New York Post, the 26-year-old singer, real name Stefani Germanotta, unloaded under oath on the woman whom she "called a "f--king hood rat" for "suing me for money she didn't earn" after Gaga let her into her inner circle for a year-and-a-half-long period from 2009 to 2011 to tend to her every need.

For those attending the six-hour-plus deposition on Aug. 6 in Manhattan, the "Born This Way" artist showed off a side her Little Monsters probably aren't used to seeing as she complained bitterly about being dragged into a legal fight with a lowly ex-aide.

"Are you going to stare at me like a witch this whole time—honestly?" she told O'Neill. "Because this is going to be a long f--king day that you brought me here."

What incensed Mother Monster was the fact that after O'Neill allegedly agreed to an annual $75,000 salary that didn't include overtime—but did end up giving her a taste of the jet-setting lifestyle that the entertainer leads—the onetime helper ended up suing her employer, claiming the latter violated labor laws.

According to the complaint, O'Neill alleges Gaga failed to pay her for 7,168 hours of overtime wages over and above her standard eight-hour workday when she basically waited on the crooner hand and foot 24/7.

A miffed Gaga, however, countered that the case was "bulls--t" and that Jennifer "knew exactly what she was getting into, and she knew there was no overtime."

Alas, under cross-examination it became apparent that Gaga hadn't a clue about New York labor codes as she subsequently admitted that her reason for not paying overtime wasn't because of labor laws but rather was "based on a bubbly, good heart."

"I'm quite wonderful to everybody that works for me, and I am completely aghast to what a disgusting human being that you have become to sue me like this," Gaga told O'Neill, before listing the litany of perks that came with the job.

Those included traveling the globe on concert tours via private jet as a member of the hitmaker's entourage, staying in five-star hotels, partying with her and celeb pals like photographer Terry Richardson, dining at posh restaurants, relaxing on luxury yachts, wearing her clothes and getting discounts on the best Yves Saint Laurent threads and shoes. 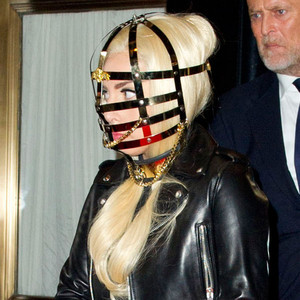 Adding insult to injury, Gaga asserted Jennifer failed miserably in her duties at that. For instance, she recounted how O'Neill would supposedly open only two out of the 20 bags of luggage the performer normally travels with, out of laziness forcing Gaga to search through them all (the horror!) to find some those freaky fashions she's known for.

"I'm not in any way discounting how hard an eight-hour workday can be, or discounting the role of an assistant," noted the "Poker Face" singer, adding that she's "just pointing out that I deserve everything I've worked for."

Gaga added that instead of paying O'Neill, she plans to give the money the latter's demanding to all her current employees who "work hard for me now that deserve it."

Update: The singer tweeted Saturday, "Everyone's headlines need an updating. "former assistant" is actually "my best friend from NY since I was 19." Painful stuff."