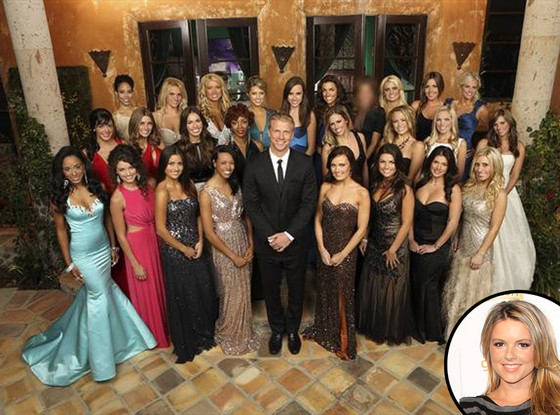 Editor's Note: Season six Bachelorette and current host of NBC's 1st Look Ali Fedotowsky is blogging exclusively on E! Online about the current season of The Bachelor, giving her reactions and spilling behind-the-scenes secrets. Check back every Tuesday!

Some of you might not agree with my thought's in tonight's blog. Maybe you will, maybe you won't. But it's my blog, so too bad! Only kidding. But based on my Twitter feed last night, I definitely have some thoughts that differ from many on both Selma and Tierra. Let's start from the beginning.

I'll begin by saying that Selma is breathtakingly beautiful. Really stunning. I love how during the date she was like "Oh we are going on a private plane? Cool." It's funny how these types of dates are expected on this show. If this happened to anyone in real life they would be like "OM MY FREAKEN GOD!!!! WE ARE GETTING ON A PRIVATE PLANE!!!" Am I right? It's pretty extraordinary.

Missed the last episode of The Bachelor? Read our recap!

Selma hated this date! She was nervous that she was going to fall on her rack...uhhh I meant back. Sean probably just brought her on this date to breast her…I mean test her. OK, I'll just say it. I couldn't stop looking at Selma's boobs. Could you? She should stop being so worried about kissing on camera in front of her parents and be more concerned about covering up on national television with her parents watching. And I just don't understand how she thought she could go on this show and get engaged without kissing Sean? Yes, she could get some time alone in the fantasy suite later in the show, but still—that's unrealistic. I understand that her culture is strict (and I completely respect ALL cultures), but if she follows the strict rules of her culture, I would think she wouldn't be allowed to go on the show. She was basically lying on a bed with him under covers. That's OK but kissing isn't? What about wearing a bikini? Is she allowed to wear one on TV? I would think not. It's just confusing to me.

I just don't think she is super into Sean. Or she is playing games and wants him to want her more. It's sad because I think Sean really likes her. If she didn't want to kiss him because he is kissing a bunch of other girls right now, fine, that's a good reason to want to wait. I would have tons of respect for her if that was her reasoning. But to say that you don't want your family to see it on TV? I'm really having a hard time understanding that one. I would love to hear what all of you think.

I felt sorry for Sarah on the group date. I can't imagine how hard that must be for her. And then Amanda almost broke her jaw! Geesh! Rough date. I'm glad Sean called it off. I'm sure more girls would have gotten injured if they did the roller derby. 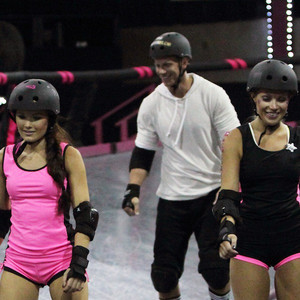 And then there is the Tierra drama. Look, I get what she is feeling. It is really hard to go through the show and see the guy you like date all these other girls. People always say that when you go on the bachelor you "sign up for this," and in a way you do. But there is absolutely no way anyone can prepare themselves for what it will feel like emotionally. My only problem with the situation was the look on Tierra's face when Sean excused himself to get the rose. She knew what she just did. I'm not saying she knew that she would get the rose by getting upset earlier in the night, but once he walked away, she knew that she had convinced him to give her the rose. Can I hate on her for ONE look? No. I'm not going to. I have yet to form a strong opinion on Tierra. Right now, I just think she might like a little bit of attention and is struggling with the process. That doesn't make her a bad person in my mind. That said, most of the other girls don't seem to like her and I think that is very telling. Maybe I'll have a stronger opinion of her next week.

I really don't have anything to say about Leslie's date. It was very obvious to me the whole time that Sean wasn't into her. I think he probably knew before she even came on the date that he would send her home. She is a sweet girl, but they had no chemistry. I wish her the best!

Sophie Nguyen (@sophhhay): Does the order in the rose ceremonies have any significance?
No. None at all. It's either random or put in an order to keep the audience in suspense. So I wouldn't be too concerned that Desiree was chosen at the end last week or that Daniela was chosen last this week. It really doesn't matter. However, I don't think Daniela will make it past next week.

Catch up on all the latest TV gossip with our Watercooler

Chloé Ariane LeBars (@Snowie_Chloe):  Do the girls actually bring only one small suitcase?
No, they are asked to have all their stuff packed, but rather than drag multiple bags on camera, production only shows one bag. But you are asked to only bring two suitcases with you to filming. That said, we were giving a suitcase full of stuff when we got to the Mansion on my season of The Bachelor, so I ended up with three suitcases.

Amy Raynes Fox (@amyraynesfox): What is it that we don't see that makes the ceremonies take so long?
I mentioned in a previous blog that the cocktail parties and rose ceremonies can go all night long, and yes, the ceremonies alone can last  up to an hour. We only see the rose ceremony for about five minutes on TV. But in real time the cameras have to reposition themselves every few minutes. And in between each name being called, the cameras want to get shots of each of the girls. And honestly, production probably just wants to make the girls sweat it out! That way they get nervous looks on their faces. And the camera can capture them for our viewing pleasure!

Don't forget to follow me on Twitter at @alifedotowsky because I live tweet each week during the show. And keep sending me your questions because I might answer yours in next week's blog! Plus there are TWO nights of The Bachelor next week—Monday and Tuesday night. So double the drama and double the abs!

Bachelor and Bachelorette couples: Who's still together?