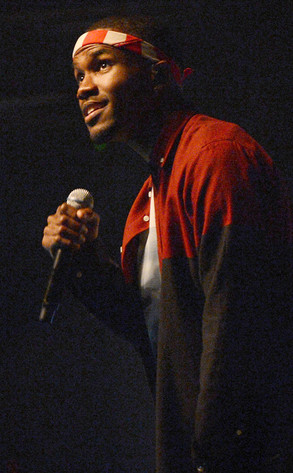 We could've sworn we heard women sing stuff and play music this year—and surely the 2013 Grammys will ultimately reflect that.

But it's a man's world tonight, with Kanye West, Jay-Z, fun., the Black Keys' Dan Auerbach, Frank Ocean (who's proved to be way more than a splash in the pan) and Mumford & Sons leading the field for the 55th Annual Grammy Awards with six nominations apiece.

And, in quite the switcheroo from recent years, the Album of the Year field is a veritable sausage fest: the Black Keys' El Camino, Mumford & Sons' Babel, Jack White's Blunderbuss, fun.'s Some Nights and Ocean's Channel Orange were tops in the Recording Academy's ears.

But the women aren't too far behind when it comes to the other prestigious categories—and Taylor Swift wouldn't have showed up to host a nominations concert that didn't spotlight her at all, right?

The country-pop princess' "We Are Never Ever Getting Back Together" is up for the illustrious Record of the Year, where it will face off against the Black Keys' "Lonely Boy," Kelly Clarkson's "Stronger (What Doesn't Kill You)," fun. and Janelle Mon&#225e's "We Are Young" and Ocean's "Thinkin Bout You."

Swift, in fact, held up her end of the hitmaker bargain with three nominations, her other two coming for her duet with the Civil Wars on "Safe & Sound" from The Hunger Games, up for Best Country Duo/Group Performance and Best Song Written for Visual Media.

Carly Rae Jepsen's "Call Me Maybe," Ed Sheeran's "The A Team," Miguel's "Adorn," Clarkson's "Stronger (What Doesn't Kill You" and fun.'s "We Are Young" are vying for Song of the Year, which is awarded to the writers—and, in this particular case, includes nominations for all of the above singers, except for Clarkson.

Oh, and about all those Kanye West nominations, for the second year in a row...

Who were your favorite hitmakers of 2012? Vote now!

He and Jay-Z released a little collaboration called Watch the Throne, and they share four out of their six respective nominations, including Best Rap Song and Best Rap Performance for "N---gas in Paris," and Best Rap/Sung Collaboration for "No Church in the Wild," which they also share with Ocean and The-Dream.

In further proof that women were hard at work on their craft between Oct. 2, 2011 and Oct. 1, 2012, it turns out that Carly Rae Jepsen is now a two-time Grammy nominee, her other "Call Me Maybe" accolade coming in the Best Pop Vocal Performance category.

She's up against Adele, whose 21 success continues with "Set Fire to the Rain" at the Royal Albert Hall; Clarkson's "Stronger (What Doesn't Kill You)"; Katy Perry's "Wide Awake"; and Rihanna's "Where Have You Been."

Did our Grammy predictions meet expectations?

Best Pop Vocal Album, believe it or not, is a co-ed affair, with Clarkson's Stronger going up against fun.'s Some Nights, Pink's The Truth About Love, Maroon 5's Overexposed and Florence + the Machine's Ceremonials.

The Best Spoken Word Grammy is once again a high-profile affair, with Society's Child: My Autobiography author Janis Ian finding herself in the company of first lady Michelle Obama, former President Bill Clinton, MSNBC anchor Rachel Maddow, Ellen DeGeneres, all nominated for the readings of books they wrote.

See all the action from the 2013 Grammys nominations concert