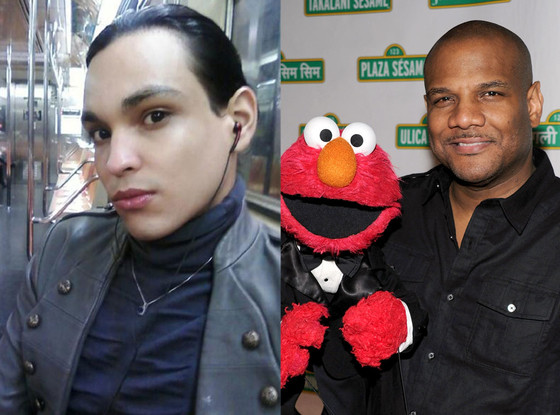 UPDATE: Kevin Clash's newest accuser, Cecil Singleton, held a press conference Tuesday afternoon in which he described in detail the nature of the sexual relationship he had with the puppeteer nine years ago when he was 15 years old.

Singleton added that he broke things off after two weeks.

"I just remember telling myself that he seemed to really like me and... let me spare him now because I know that I can't do this," noted the accuser. "If I had to make an educated guess and say if we had stayed together we more than likely would have had sex at that age."

Now we're starting to get a better idea of the "distraction" in Kevin Clash's personal life that prompted Elmo's right-hand man to tender his resignation from Sesame Street on Tuesday.

More than a week after a 24-year-old wannabe model recanted allegations that he had an inappropriate relationship with the famed puppeteer when he was 16, a second man has now come forward claiming to have had a sexual encounter with Clash when he was a minor.

In a lawsuit filed against Clash in federal court in New York and obtained by E! News, Cecil Singleton, who's also 24, claims he met the 52-year-old children's entertainer on a gay phone chat line in 2003 when he was 15.

Per the complaint, Clash "was an unmarried adult male living a prominent public life centered around the entertainment of toddlers, while at the same time he was, in secret, preying on teenage boys to satisfy his depraved sexual interests."

The court docs noted that Clash "persuaded, induced, coerced, or enticed Cecil Singleton to meet him," whereby the former "groomed [his accuser] to gain his trust by, among other things, taking him to nice dinners and giving him money."

The complaint went on to add that as a result, Singleton suffered personal injuries, but while the sexual improprieties happened years ago, the plaintiff "did not become aware that he had suffered adverse psychological and emotional effects from Kevin Clash's sexual acts and conduct until 2012."

The plaintiff's attorney, Jeff Herman, said: "According to our lawsuit, Kevin Clash preyed on vulnerable teenage boys, like Cecil Singleton, to satisfy his depraved sexual interests. By coming forward now, Cecil hopes to spare the lives of others like him and to begin his own healing process."

A lawyer for Clash could not be reached for comment.

But after resigning from Sesame Workshop for good on Tuesday following what he initially described as a leave of absence, the Being Elmo star told E! News in a statement: "Personal matters have diverted attention away from the important work Sesame Street is doing and I cannot allow it to go any longer. I am deeply sorry to be leaving and am looking forward to resolving these personal matters privately."