Spoiler Chat: Scoop on Glee, Once Upon a Time, Vampire Diaries, Hart of Dixie and More! 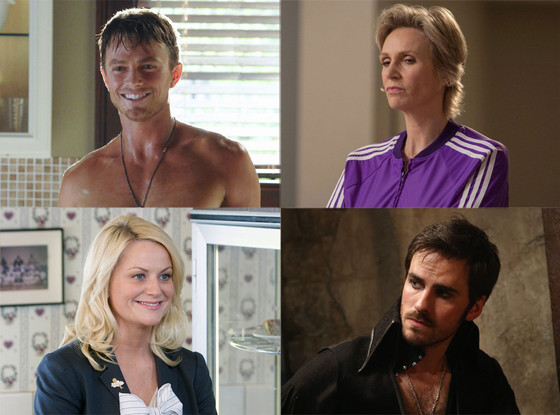 Is your Halloween sugar high wearing off?

Don't worry, we got tons of scoopy TV treats to keep you bouncing off the walls until the turkey on Thanksgiving puts you to sleep! In today's Spoiler Chat, we've got exclusive Glee scoop courtesy of Jane Lynch, details on Once Upon a Time's Neverland and juicy info on the hot new Vampire Diaries love triangle! Plus, scoop on Hart of Dixie, Parks and Rec and more...

Beth: Any idea on when we are going to meet Peter Pan and Tinkerbell on Once Upon a Time?
Sadly, it seems like it might be a while as Colin O'Donoghue (Captain Hook) tells us he has yet to film any Neverland scenes (they are currently filming episode 11). In fact, he hasn't even been told if they are definitely introducing Peter, though he's hoping OUAT decides to—we hope so too!

Jonny: When will we find out who Sue's baby daddy is on Glee? And do you have any scoop on who it is?
We don't know, Jane Lynch doesn't know, and she doesn't even think the writers know! "We're on episode eight and it hasn't even been mentioned yet, so we'll find out," she tells us. "I don't think the writers [know]. I don't think they've decided yet." But while she's waiting to announce the father of her baby, Sue will be back to her old tricks in an upcoming episode. "One of the kids uses a disparagingly mark—but in innocence, but I don't take it that away of course, to describe my brand-new baby and I just set out to destroy that person. So I'm back on the rampage." Who do you think will be on the receiving end of Coach Sylvester's rage?

jemjoven: Parks and Rec anything, pretty please.
Looks like this season's Valentine's Day episode will be a two-parter! We deduced this when we found out the episode would be called "Valentine's Gala: Part One." But we think that something bad (or just crazy) goes down during the gala, considering the head of the Department of Emergency Preparedness and the Chief of Police will be in attendance. Ruh-roh!

Emma: Do you have any scoop on Hart of Dixie? Just finished the first season and I'm dying to know whats next, please
We hope you're caught up on this season because it's a good one, especially with all the George versus Wade stuff coming up. For the record, Rachel Bilson is a fan of both men for Zoe. "I am totally neutral. The love triangle takes a few different formations, a few different shapes," she tells us. "There might be a square, because of the love interest for George. There's a lot to play with." Bonus scoop: Wilson Bethel will continue to be shirtless. "I think that his costume always is basically half naked," Bilson laughs. "They really don't give him clothing anymore." Thank the TV lords for that. 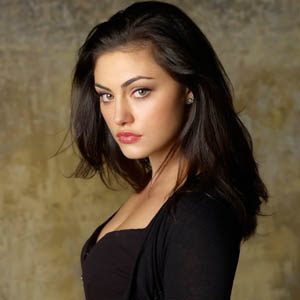 Gval21: When will Caroline meet and find out about Haley? #TVD
We can't say when she'll meet Haley, but we can tell you that the revelation will push Caroline towards Klaus. Before Forwood fans completely freak out, Phoebe Tonkin tells us, "There's no catfights. You definitely see an interesting dynamic between Caroline and Haley," though she adds, "I think definitely Caroline is kind of suspicious."

Jackson: Got any fun scoop on Suburgatory?
Things are about to get awkward in Chatwin. We're talking incest-levels of awkward here, people! Lisa is in for a pretty weird first date with the nerdy and innocent Tate. Why? Because he's actually her second cousin who has been set up to go on a date with her. (We're already experiencing second-hand embarrassment.)

Jessica: Don't Trust the B---- in Apartment 23 is so funny this season! Any scoop to share?
Chloe is heading to AA…to share her hilarious drunk stories! Yes, Chloe becomes the belle of the Alcoholics Anonymous with her brave and personal "shares," and is the group's favorite speaker. In the same episode, James might lose his gig in Woody Allen's new film because he isn't deep enough. We know, you're shocked.

Check out the best photos and quotes from the past four seasons of Glee!