Can the Kristen Stewart-Robert Pattinson Romance Be Saved? 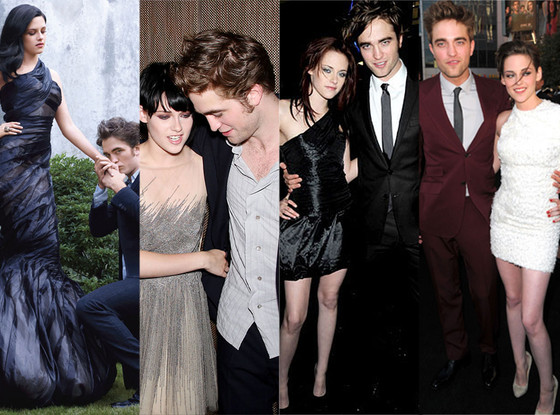 Why did Kristen Stewart issue a public apology if she's always tried to keep her relationship with Rob secret? Can Robsten be saved at this point?
—Mujahid S., via Facebook

Kristen Stewart's behavior over the past few weeks certainly has raised eyebrows. Yep, she's traditionally gone to great lengths to keep her relationship with Robert Pattinson private, only occasionally referred to "my f---ing boyfriend" in a magazine interview, or saying something oblique to the media about Rob's pants.

But then came the make-out session viewed 'round the world.

So what's going on in K. Stew's head? I, and others, have a likely theory.

Read about where Rob is hiding out

"She doesn't belong in a committed relationship."

That's not me talking, that's an expert: Dr. Gilda Carle, relationship specialist and psychotherapist who works with celebrity clientele.

So where does Carle get her conclusion? Well, you can start with the nature of the actress's admitted cheating: a seemingly devil-may-care dalliance with her married director in broad daylight.

See more photos of actresses who fell for their directors

"She's 22 years old," Carle points out. "She's been in a committed relationship for 4 years—much too young to making a commitment. She's a child. She did this very public thing with director in order to be found out.

As for why someone as successful as K.Stew would want to act against her own apparent best interests, well, making out in a car in front of a paparazzo certainly is one way to leave a lover.

See all of Rob & Kristen's magazine covers together

"She did it so she could have an easy out" with Rob, Carle suggests. "But of course it wasn't thought through; she's very immature. She had no idea that this would be so transparent to everybody."

Even the actress's cheating partner, her married director Rupert Sanders, has significance, Carle tells me.

"It was important to her to know she was still attractive to other guys. But obviously Kristen isn't looking for a relationship right now, so she picks a guy who is married."

Read more about how Pattz plans to distract himself

As my colleagues at E! Online have reported, it looks like Rob has left the Los Angeles-area home that he shares with his Twilight saga costar. Don't be shocked if the two of them try one last time for lasting romance, Carle predicts. After all, Stewart did make that public apology.

But, Carle says, "if Rob takes her back it will be more of the same."

"She was playing a role of a girlfriend who claimed that she was committed, but she wasn't committed," Carle insists. "She just needs to grow up."

Well, at least her apology was mature?