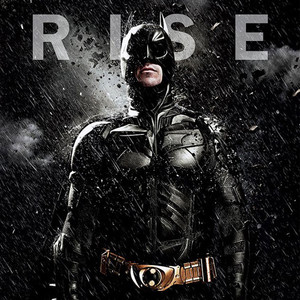 Popcorn was sold. Seats were taken. A movie was shown. But it was anything but business as usual for The Dark Knight Rises' opening day.

In the wake of the largest mass shooting in U.S. history at a midnight Friday screening of the film in Aurora, Colo., the studio behind the Batman franchise did not release box-office estimates for what was expected tobe, and still appears to have been, a huge debut.

MORE: All the latest on Dark Knight Rises tragedy

The new three-day, Friday-Sunday projection, as noted by Deadline.com and TheWrap.com, was $170 million.

But Exhibitor Relations' Jeff Bock said in an email, "We still have no idea, nor does anyone, what it will make on Sunday."

Sunday, less driven by presales, is expected to be the first box-office test for the now-tragedy-marked Dark Knight Rises.

Theater owners nationwide tried to reassure the moviegoing public by beefing up security and, in some cases, adding police presence and barring admittance to people in costume.

"This theater is kinda empty," noted one supposed Friday-night audience member from North Carolina. "The Dark Knight Rises is not even close to sold out in Plainfield. The theater has a bunch of open seats," noted another, apparently from Indiana.

But some, especially those claiming to be at IMAX theaters, reported lines and filled seats. "Still a packed theater," read one tweet.

In New York City on Saturday afternoon, Cesar Neciosupe of MovieWorld-Douglaston said his multiplex's Dark Knight Rises' opening-night numbers were strong, even if "it looked like the later shows were a little less than expected." He said concession sales were good, too, a sign that the movie played to actual people, and not just advance-ticket-buying no-shows.

Prior to the Colorado shooting, which left 12 dead and 58 injured, the Christopher Nolan superhero movie was expected to make a run at The Avengers' unprecented $207.4 million opening-weekend record, or at least come close.

A $170 million debut for The Dark Knight Rises, which is not available in 3-D and IMAX 3-D like The Avengers, would still put the film as the second-biggest three-day start in Hollywood history. Its opening day, less than half of which came from midnight Friday screenings, may be the third-biggest ever.

The official silence from Warner Bros. on grosses will last all weekend. No official numbers will be reported until Monday, the studio said Friday. Other studios will follow suit, as will some box-office sites, such as BoxOffice.com, which, per editor Phil Contrino, will wait to report the studio-released numbers.

BoxOfficeMojo.com, another leading box-office info site, hasn't noted any Dark Knight Rises numbers or published any tweets since the Colorado shooting. An email seeking comment was not returned.