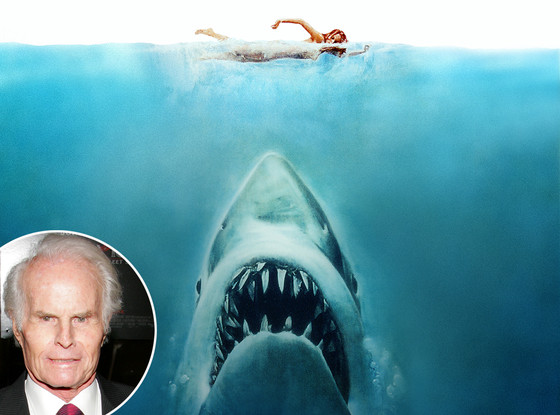 Richard D. Zanuck, the son of famed studio boss Darryl Zanuck, who followed his father into the family business and went on to produce some of modern cinema's most memorable movies including Jaws, Cocoon and Driving Miss Daisy, died today in Los Angeles.

According to his publicist, Zanuck's death was caused by a heart attack.

In 1962, Zanuck became the youngest studio head ever after being installed in the top job at 20th Century Fox. During his eight-year tenure, the studio churned out numerous hits like 1965's The Sound of Music, 1970's Patton and 1971's The French Connection, all of which garnered Oscars.

Despite that run, Zanuck was eventually terminated after several box-office bombs, including 1967's Doctor Doolittle.

He rebounded, however, and formed with fellow producer David Brown what would prove to be a successful partnership with a then relatively unknown director named Steven Spielberg. The duo produced the helmer's early features, 1973's Sugarland Express and 1975's Jaws. The latter film would ultimately transform the movie business and usher in the blockbuster era of moviemaking in which Zanuck played an active role.

"He taught me everything I know about producing," Spielberg said in a statement to the Hollywood Reporter. "He was one of the most honorable and loyal men of our profession, and he fought tooth and nail for his directors. Dick Zanuck was a cornerstone of our industry, both in name and in deed."

Born on Dec. 13, 1934, it didn't take long for the younger Zanuck to make a name for himself in Hollywood. After getting his start in the story department at Fox, he segued into producing straighaway with the 1959 flick, Compulsion, starring Dean Stockwell and Orson Welles.

Over the last three decades as an independent producer, Zanuck scored a slew of hits—some acclaimed and some not. They include 1982's The Verdict, 1985's Cocoon, 1989's Driving Miss Daisy, which won best picture, 1996's Mulholland Falls, 1998's Deep Impact, and 2002's Road to Perdition.

The Hollywood mogul also oversaw a good chunk of Tim Burton's big-screen output  of late starting with 2001's remake of The Planet of the Apes, continuing on through 2003's Big Fish and 2005's Charlie and the Chocolate Factory on up to 2007's Sweeney Todd: The Demon Barber of Fleet Street, and 2010's Alice in Wonderland .

Zanuck's last feature credit was Burton's Dark Shadows, which was released in May. He also coproduced the 72nd Annual Academy Awards telecast in 2000.

He is survived by his wife, producer Lili Fini Zanuck, and sons Harrison and Dean.

TAGS/ Death , Top Stories , Steven Spielberg , Movies
GET POP CULTURED!
*Email entered incorrectly. Please try again.
By subscribing to our newsletter you agree to the Privacy Policy and Terms of Use
Daily
Weekly