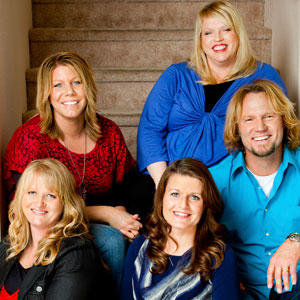 Kody Brown and his polygamist clan can lay their fears to rest.

The Utah County Attorney's Office has decided not to pursue criminal bigamy charges against the Sister Wives stars.

Guess the Browns can come back from Nevada now.

Per court documents filed Thursday in response to a lawsuit the TLC personalities filed against his office last year, Utah County Attorney Jeffrey Buhman declined to prosecute patriarch Kody Brown even though he has four wives—a third-degree felony under the state's bigamy laws—because an investigation failed to turn up any signs of fraud.

Instead, Buhman stipulated that he would only bring a criminal case against polygamists when "a victim is induced to marry through their partner's fraud, misrepresentations or omissions" or when one or more members of the union is subject to violence or abuse; not, he wrote, so the law could be used to suppress religious freedom.

"The purpose of this policy is to prevent the future prosecution in Utah County of bigamist marriages entered into for religious reasons," state court papers obtained by Utah Valley's Daily Herald.

For their part, the Browns were thrilled with the news.

"We are obviously delighted by the news that the prosecutors have formally declared that the investigation of our family is at an end. We have spent years under investigation and ultimately had to move from the state of Utah to protect our family and particularly our children," they said in a statement released through their attorney, Jonathan Turley.

After the family found fame on their hit TLC show, Sister Wives, police in Lehi City launched a probe of the Browns examining whether they had broken any bigamy laws.

That prompted Kody to file a lawsuit in July 2011 against Buhman, Utah Gov. Gary Herbert and Utah Attorney General Mark Shurtleff accusing authorities of violating the Browns' rights to freedom of religion and speech as well as due process and equal protection under the law.

In their filing, prosecutors acknowledged that until Sister Wives came along, no one in the Utah County Attorney's Office could even recall prosecuting a bigamy case unless it involved fraud, so basically Buhman's document clarified his policy on the matter in addition to requesting that the Browns' lawsuit be dismissed.

No word when the judge will formally grant the dismissal.

The Browns also filed their own motion Thursday asking for a summary judgment to establish the constitutionality of the state's bigamy laws.

With word prosecutors would no longer be pursuing action against them, while heralding the decision and what it would mean for families like them, they still insisted they would seek a final review of the law before a federal court.

"The decision to create the new policy in light of our lawsuit is wonderful news for not just ourselves but the many thousands of members of plural families in Utah," the clan added. "While our fight will continue for equal rights for plural families in this case, the termination of this investigation is the answer to our prayers to live without fear of prosecution because of our faith."

TAGS/ Sister Wives , TV , , Top Stories
GET POP CULTURED!
*Email entered incorrectly. Please try again.
By subscribing to our newsletter you agree to the Privacy Policy and Terms of Use
Daily
Weekly