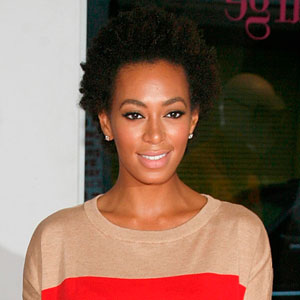 Aside from the joyous reveal that she's going to be an aunt, Beyoncé's sister also got mixed up in an altercation with a police officer in Miami Beach that had people wondering what exactly she did to end up on the receiving end of a drawn weapon.

Well, Knowles maintains that she did absolutely nothing wrong, and here's her side of the story, exclusive to E! News:

"Never once during the incident did I even raise my voice," Knowles tells us. "I feel very strongly about standing up for myself when something is wrong, and am very disappointed in the way that the Miami [Beach] Police Department has handled this case."

Given the "sequence of false statements" made by police in the matter, "it is necessary to shed some clarity and tell her side of the story," Knowles' rep tells E! News.

She says that Knowles and two friends went to a club, where she somehow obtained a large balloon that they planned to give to a pal's kid the next day.

They cabbed it to another night spot, where the bouncer informed them that they couldn't take the balloon inside.

"They decided to go across the street to deflate the balloon, where they encountered two police officers who had casual, light-hearted conversation with them," Knowles' rep states. "One officer pulled out a switchblade and threatened to pop the balloon. They felt it was inappropriate, but the turning point happened when he then took out the switchblade a second time with the blade open and said to them, 'I don't find the humor in this, anymore.' The blade was less than a couple feet away from Solange and her friends."

The officer proceeded to "forcefully" ask them to move, gesturing that they cross the street though there was oncoming traffic, the rep continues.

"Solange then asked the officer what was it that they did wrong, and he forcefully responded again to move," she told E! News. "When a taxi pulled up, they got in and headed home. Solange made a series of calls to report the incident and was told to be prepared to be arrested when she came in to report the incident if her story was false. Solange simply wanted to report that the officer pulled out a weapon, when she had done nothing illegal, disruptive or belligerent."

"Solange is actively filing a report and has not yet decided on further legal action," her rep concluded.

The MBPD previously said that a 5-foot-banana-toting Knowles was the one who became unruly with two off-duty police officers, who then guided her across the street to calm her down. They say that she had been loudly complaining that she was turned away from the nightclub for racial reasons.

"The whole entire incident was about the fact that she was not allowed in a club," Officer Juan Sanchez told E! News.  "And when she became abusive, she was pulled to the side. There was no mention of a gun.  Considering it might be an internal investigation, I can't tell you much other than that."

TAGS/ Solange Knowles , Top Stories , Investigation , Weird ,
GET POP CULTURED!
*Email entered incorrectly. Please try again.
By subscribing to our newsletter you agree to the Privacy Policy and Terms of Use
Daily
Weekly