Five Reasons Why Charlie Sheen Is So Fired 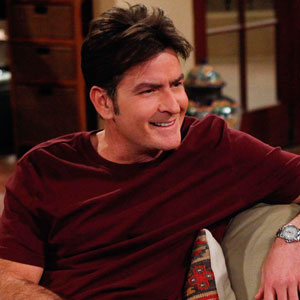 Charlie Sheen's long and, until recently, mutually beneficial relationship with Warner Bros. Television is so over.

But while the studio notes that the decision to officially fire Sheen from Two and a Half Men was by no means the preferred outcome after years of working together, they say that in the end there was just no other option.

In a letter to attack-dog attorney Marty Singer, whom Sheen sicced on his now former bosses after the show was merely suspended, counsel for Warner Bros. lay out their case against Sheen, from his "increasingly erratic outbursts" to his ultimate "failure to perform his essential duties."

Here's that case in a hotly worded nutshell:

MORE: What the troll? Charlie Sheen's getting another show!

1. Perfection? Pshaw! Sheen's claim that he was still killing it at work no matter how little he rehearsed or how much he partied is absolute BS, according to Warner Bros. He had "difficulty remembering his lines and hitting his marks," states the rebuttal letter to Singer's "pages of diatribe and threats of litigation." (And if that didn't get him, the problems with his "physical appearance," his "inability to collaborate creatively with staff and crew," his "inability to work with the executive producers," his "inflammatory comments poisoning key working relationships" and the "public spectacle of his self-inflicted disintegration" was going to.) Then, after Sheen supposedly healed himself in two days while rehabbing at home, his camp never sent a letter from Sheen's doctors stating that he was fit to work. "It is not surprising that no professional apparently was willing to attest that Mr. Sheen had self-treated, self-healed and self-cured his brain of his addiction problems," the letter reads.

2. We Prefer Our Stars Alive, Not Shooting: That whole "banging seven gram rocks" thing? Not impressive to the suits. After Sheen returned from the winter hiatus that included his sojourn to a New York hospital after freaking out in front of a porn actress at the Plaza Hotel (while down the hall from his kids, don't forget!), he, per Warner Bros.' letter, had lost more than 20 pounds, appeared to be "using drugs heavily" and then allegedly went on a drug and alcohol bender in Vegas for three days in January, the letter continues. "I probably could have come up with something better," was what Sheen said in response to his publicist (who later quit) classifying the Plaza incident as an allergic reaction. His last hospitalization for a supposed hernia flare-up following another marathon party session was corroboration enough for his bosses and Men creator Chuck Lorre that Sheen "was in full relapse," the letter continues. 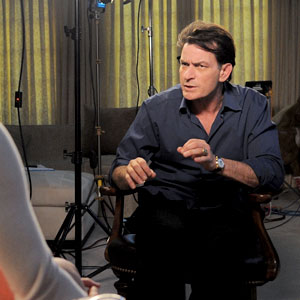 3. Chatty Charlie: Lorre didn't like being a "retarded zombie," or a "stupid, stupid little man" and Warner Bros. didn't approve of Thomas Jefferson being called a "p---y." Sheen's series of radio call-ins before the show was suspended turned up the heat, and his postsuspension interviews decimated the thin ice he was already on. Among the statements cited in counsel's letter are the following classics (surely soon to be encapsulated in a Time Life series available for $29.99):

• "What they are not ready for are guys like you and I that are high priests, Vatican assassins-warlocks "

• "I am on a drug. It's called Charlie Sheen...If you try it once you will die. Your face will melt off and your children will weep over your exploded body"

• Sheen's challenge to Lorre to come fight in his "octagon"

4. Section 12: While Sheen's team, headed up by Singer, says it plans to go after CBS and Warner Bros. for breach of contract, they say they had every legal right to axe the star. Per Warners' letter, in the Standard Terms and Conditions Section of Sheen's contract lies Section 12's definition of Incapacity, including but not limited to "any physical or mental disabilities, which due to the unique nature of Performer's Obligation, are not subject to reasonable accommodation"—or a raise, we imagine. "Any material change in Performer's appearance or other attributes" counts as Incapacity, according to the contract. The letter continues: Healthcare experts who have been observing Sheen (through the media, not in person) have stated opinions that he "appears to be 'manic' and/or 'bipolar"; "he suffers from a hypermanic psychological state"; "potentially poses a dangerous threat to himself and others"; and "requires immediate professional care." Goddesses don't count.

5. Section 13: Sheen's own admission that he'd only go back to work if the "turds" currently in charge were replaced and some major changes were made also violates Section 13b of his contract's Standard Terms and Conditions, according to Warner Bros. His refusal to work constitutes an "immediate default," they say, adding that Sheen is the one who has cost them major damages in the form of what would have been 10 highly profitable episodes of their highest-rated show—two episodes last year and eight episodes this season.

The letter from the law firm of Munger, Tolles & Olson LLP is followed by a 10-page list of instances of media coverage of the whole Sheen debacle, and you can imagine how much of it is favorable.

WATCH: You know who does seem to approve of Charlie's behavior?

TAGS/ Legal , Top Stories , Charlie Sheen , 5 Things
GET POP CULTURED!
*Email entered incorrectly. Please try again.
By subscribing to our newsletter you agree to the Privacy Policy and Terms of Use
Daily
Weekly