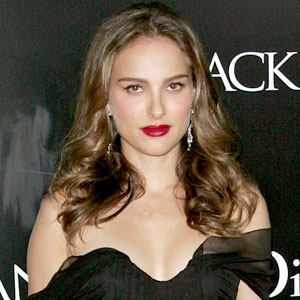 Turns out the fragile, delicate ballerina that unraveled before our eyes in Black Swan may have been closer to the real Natalie Portman than we thought.

She dropped 20 pounds off her already tiny frame. She practiced up to 16 hours a day. She could even win an Oscar.

But a former Metropolitan Opera Ballet dancer with ties to the actress exclusively tells E! News what Portman went through is more grueling and intensive than anyone knows, as well as offer us a glimpse at the dark underworld of the New York ballet scene...

MORE: Natalie shows off her new bling in Palm Springs!

"Natalie had to get up to speed very quickly," says dancer-turned-celebrity fitness guru Robert Brace. "It's extreme competition, and if you don't do it—the dieting, the dancing to the extreme—someone else will. In preparing for the role she faced similar competition, pressure. For her to do that role it would have had to consume her. The psychological effect had to carry over into real life. But if you want it that bad, you do it."

Brace, who danced professionally with the Met and also with Alvin Ailey from 1990 until 2003, says that Portman absolutely followed the diets and training the real ballet dancers live by.

"It's very extreme," he says. "The diets are not healthy. There are a lot of food and calorie restrictions, lots of coffee and cigarettes to keep the weight down. The body is restricting calories, the pressure of competition is intense. All day she trained."

Brace says Portman took no shortcuts. The actress herself has admitted she was "barely eating" to get into character. "I was barely eating, I was working 16 hours a day," she told the Daily Mail.

"Her body looked accurate," says Brace. "There are certain things a dancer would notice because she hasn't been training for four years, but she had to get a rush job done and she looked like a dancer. She worked out one on one with a trainer to get her technique right. That takes ballet dancers years."

Portman immersed herself in a world where a few grapes for breakfast and again for dinner are the norm.

"Some will not eat breakfast, then a small salad for lunch, a small amount of nuts, fruit and nothing in the evening," Brace says of the women who surrounded Portman during the shoot. "If you desire it enough, you'll make it work. It's extremely common in that world and if she got wrapped up in the role, that's the body image they have to portray. After a while it's going to take it's toll psychologically."

Portman has admitted as much, saying that she became so skeletal, there were nights she thought she was going to die.

"What she was trying to obtain in the time frame she had that makes complete sense," Brace said. "It's not something the average person can do. It's an extreme look with lean, long, great posture."

He said many of the dancers break down mentally because of the combination of calorie restriction and the long hours dancing—and that Portman faced all those high pressure challenges in such a short amount of time. He says that her resting after the movie wrapped was most important.

"Training at that level and not eating and trying to continue to push your body in that way you will break down psychologically. Some people smoke, drink, yoga, turn to spirituality. Some people can just handle it and have more focus. You have to be in a strong place to be able to handle that kind of training and afterwards she'd have to take a lot of time off and rest. Her body was beaten up."

Portman had to return to a normal diet slowly and systemtically learn how eat food again so her system could handle it.

"You can get sick if you rush it," Brace tells us.

But still, despite the dedication and sacrifices Portman made to turn into the character, Brace says women have been requesting her lithe body from the film as the new norm.

"It's done with a combo of core lengthening and strengthening and Pilates," he says. "Women want to get lean quickly and I'm teaching women to use muscles with length and great posture."

Portman admitted the entire experience was the most difficult thing she's ever experienced and that the role didn't leave her.

"I was almost Method acting without intending to," she has said. "I do wonder now how people can so this kind of role when they have a family."

Good thing she got the role out of the way, as she's now engaged to her costar-choreographer Benjamin Millepied and pregnant with his child.

TAGS/ Movies , Top Stories , Natalie Portman , Diet And Fitness , Fitness
GET POP CULTURED!
*Email entered incorrectly. Please try again.
By subscribing to our newsletter you agree to the Privacy Policy and Terms of Use
Daily
Weekly