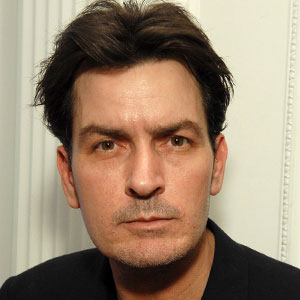 UPDATE: Don't blame it on the alcohol. Blame it on the medicine. Charlie Sheen's rep has released a statement in an attempt to spin explain the circumstances surrounding his hospitalization:

"What we are able to determine is that Charlie had an adverse reaction to some medication and was taken to the hospital, where he is expected to be released tomorrow."

And just to prove it, Sheen's attorney also echoed the rep's statement.

"Charlie is being evaluated and should be released tomorrow," he told E! News. "We think he had an allergic reaction to some medicine."

As for the burning question, whether the incident could constitute a violation of Sheen's probation, Galanter doubts it. Sheen voluntarily went to the hospital and was neither arrested nor charged with anything.

"I don't think so," Galanter said, "he didn't do anything illegal." However, no crime has to be committed for Sheen to feel some heat for this latest escapade: if it's determined he consumed "drugs or an excessive amount of alcohol," he could be in violation of his three-month probation, which is in effect until Nov. 2.

Whatever the outcome, there is one silver lining: the incident won't affect his sitcom's shooting schedule.

E! News has confirmed that the Two and a Half Men star was hospitalized in New York City last night, after police were called to his hotel room.

The New York Police Department won't name names, though a spokesperson confirmed a white, 45-year-old male was taken to a downtown hospital at roughly 1:30 a.m.

The city's finest responded to a call at the Plaza Hotel when an unidentified person reported an "emotionally disturbed individual" in the building. Sheen had reportedly been yelling and throwing furniture and was believed to be highly intoxicated.

So far, cops are staying mum in terms of officially stating whether alcohol or other substances were involved, and have not yet stated the reason for his being carted away in an ambulance, stating simply, "He needed to go to the hospital."

Sheen was in New York City ostensibly to spend time with his ex-wife Denise Richards and their two daughters, who were staying in a separate room at the hotel. The group was even spotted out together Sunday night.

Rumors already abound as to potentially seedier circumstances surrounding the incident, though neither Sheen nor Richards' reps have yet commented on the matter.

Richards, however, just like all celebrities on spin control, did go on Howard Stern this morning and while she didn't go into specifics of the incident, said that "it's been a very eventful trip...I have a lot of crap to deal with."

The actor has not yet been released, and also has yet to be charged with any crimes. Police have also made clear that Sheen was not arrested, but rather voluntarily agreed to go to the hospital for an evaluation.

TAGS/ Top Stories , Charlie Sheen , Hospitalized , Sick Bay , Denise Richards , Two And A Half Men , Injury And Illness
GET POP CULTURED!
*Email entered incorrectly. Please try again.
By subscribing to our newsletter you agree to the Privacy Policy and Terms of Use
Daily
Weekly