"It's Going to Be a Disaster": Associate Says Jackson Was Too Weak for Major Comeback 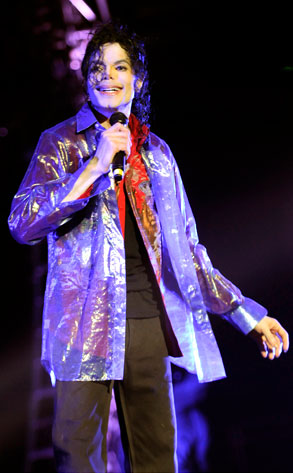 One of the dreamers who tried to reboot Michael Jackson's career says the late King of Pop wasn't fit enough to hit the stage for the "greatest comeback show ever" two years ago, let alone this summer.

"It would have happened had I assessed that Michael was capable mentally, emotionally, vocally to do it. At the end of it, we decided no, he wasn't," Jack Wishna, president of consultancy CPAmerica and the orchestrator of Jackson's return to the U.S. after a year spent living abroad, exclusively tells E! News.

The idea that they danced around from mid-2006 to mid-2007, and again earlier this year, was to have Jackson in residence at a Las Vegas hotel, where he'd star in a concert spectacular called Michael Jackson Presents that would also feature guest appearances by the latest R&B hitmakers.

"Michael says, 'I have this huge statue of me in full regalia, moon boots,'" Wishna recalled. "I want the hotel to encase it in the wall and the nights I'm in performance the statue comes out to the center of the strip so the world knows that I'm here," Jackson said, according to Wishna. "It would come out on a conveyor belt."

But though concert promoter AEG Live said that Jackson passed a physical with flying colors earlier this year, Wishna maintains that the 50-year-old artist had been in a "weakened state" and wasn't able to do three shows a month in 2007, much less maintain a more rigorous schedule now.

"He would get hurt if he had to do a regimen of performances," Wishna said. "You really have to be fit to go up on stage to do that."

So, earlier this year, he and Jackson instead discussed creating a show in the guise of LOVE, Cirque du Soleil's ode to the Beatles, that the King of Pop would not actually be in.

But then, Wishna said, he found out Jackson had hooked up with AEG for his London engagement.

"He said it should be fine," Wishna recalled. "In my heart I knew he didn't get better from the time I was with him. He was thin and weak. It's going to be a disaster. I would never put him into a show that way. I don't know who the doctor is that certified him for it. I didn't think [Jackson] was capable of doing it."

Wishna said he never saw Jackson using drugs, but that he wouldn't have had any trouble obtaining whatever he wanted—oftentimes from people who didn't have his best interests at heart.

"There were so many people around him that were enablers," the exec said. "It was one thing after another that just made it very bizarre."

"Michael has a lot of people around him that cut deals and sometimes Michael doesn't even know what those deals are," he added. "So many people have been around him. At every turn it's like he's his worst enemy because of the people that are around him."

"If you opened your mouth he'd alienate them and get rid of them," Wishna said of the members of Jackson's entourage who failed to acquiesce to his demands. "Nobody told him 'don't do this, don't do that.'"

Sadly, Jackson isn't around to tell anyone to do anything on his behalf anymore. But Wishna feels that he knows what the Thriller purveyor would say about one thing.

"My thought is if someone buries him in Neverland he will come up out of the ground like in Thriller and strangle them," Wishna said, referring to rumors that Jackson's family is still considering a bid to inter Jackson on the grounds of his once-beloved ranch.

TAGS/ Top Stories , Las Vegas , Michael Jackson
GET POP CULTURED!
*Email entered incorrectly. Please try again.
By subscribing to our newsletter you agree to the Privacy Policy and Terms of Use
Daily
Weekly