Ariana Grande and Justin Bieber React After Tekashi 6ix9ine Accuses Them of Buying Their Billboard No. 1

Tekashi 6ix9ine is learning firsthand that Ariana Grande and Justin Bieber's fandoms yield some serious power in the music world.

The controversial rapper publicly accused the pop music powerhouses of fraudulently climbing their way to the top of the Billboard charts with their recent collab, "Stuck With U." On Monday, Tekashi (whose song "GOOBA" fell short of the top spot to land at No. 3 on the Billboard Hot 100) posted a video to Instagram claiming that his team launched an "investigation" and discovered that "six credit cards" were used to purchase 30,000 units of the song.

"When we asked where was those six credit cards linked to, Billboard said we can't disclose that information," Tekashi alleged in the video.

Both Ariana and Justin staunchly denied the allegations.

"my fans bought the song," Ariana wrote in a lengthy Instagram statement. "JUSTIN'S fans bought the song. OUR fans bought this song (never more than four copies each, AS THE RULES STATE). they are ride or die motherf--kers and i thank god every day that i have them in my life. not just when they fight for us to win (even when i ask them not to as i did this week) but because they're some of the greatest people i know. sales count for more than streams. u can not discredit this as hard as u try." 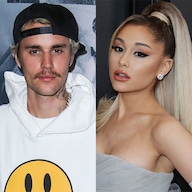 Without calling out Tekashi by name, the Grammy winner added, "to anybody that is displeased with their placement on the chart this week or who is spending their time racking their brain thinking of as many ways as they can to discredit hardworking women (and only the women for some reason.....), i ask u to take a moment to humble yourself. be grateful you're even here. that people want to listen to u at all. it's a blessed position to be in." 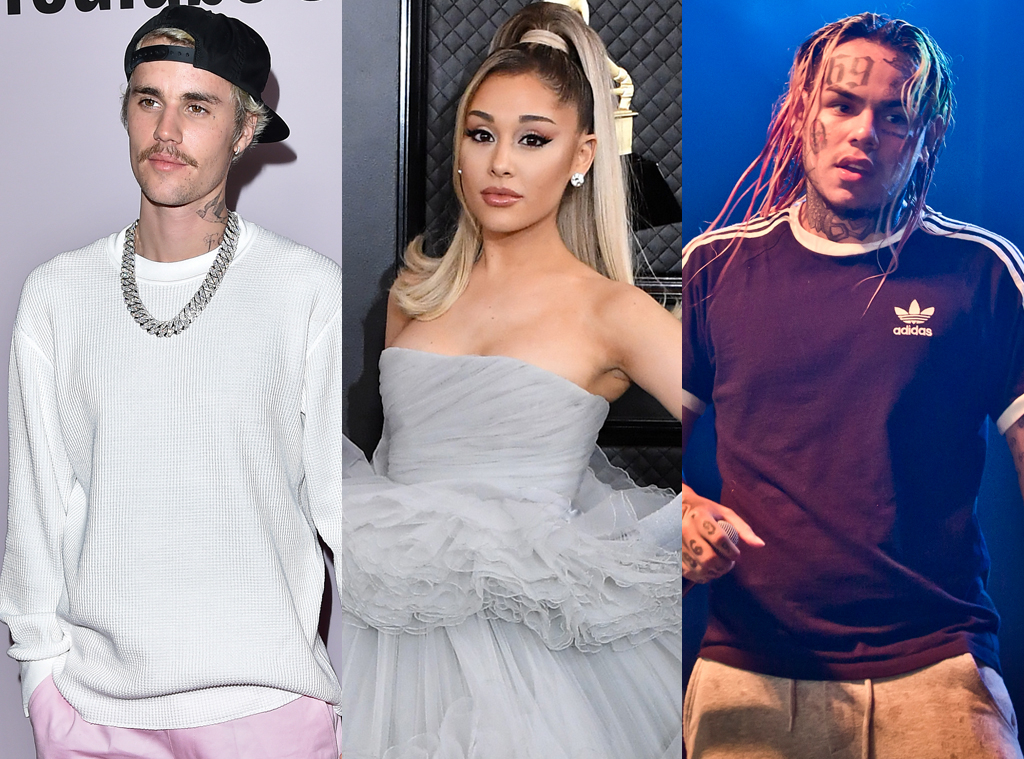 "i've had a lot of 'almost number ones' in my career and i never said a g-ddamn thing because I FEEL GRATEFUL TO EVEN BE HERE. TO WANT TO BE HEARD AT ALL... and you should feel that way too. congratulations to all my talented ass peers in the top ten this week. even number 3," she wrote.

@billboard YOU’RE A LIE AND CORRUPT. YOU GOT CAUGHT CHEATING AND THE WORLD WILL KNOW.

Bieber also called Tekashi's credit card claims a "lie" in his own statement posted to Instagram Stories, writing, "The rules are clear. One credit card can buy max 4 copies. Anything over that the entire amount gets thrown out. Nielsen checks this and found all our sales were legit because our fans are amazing and bought them."

He concluded, "This is my song with Ariana Grande and I'm honored to work with her to help raise money for a great cause. If [you're] gonna say her name make sure you say mine because it's our song."

"I don't want you to think that I'm coming at you," he said. "I'm not saying that you're not talented and I'm not saying you can't sing. You're a beautiful singer. You just don't understand my pain. My frustration is for Billboard. I speak for the millions of kids that come from nothing. I want you to understand that I come from a different, different background than you."

In early April, Tekashi was released from prison several months earlier than scheduled and placed under house arrest due to the coronavirus pandemic.

Ariana and Justin dedicated all net proceeds from the streams and sales of "Stuck with U" to the First Responders Children's Foundation. Funds will go toward grants and scholarships for children of healthcare workers and other front line responders fighting against the coronavirus pandemic.